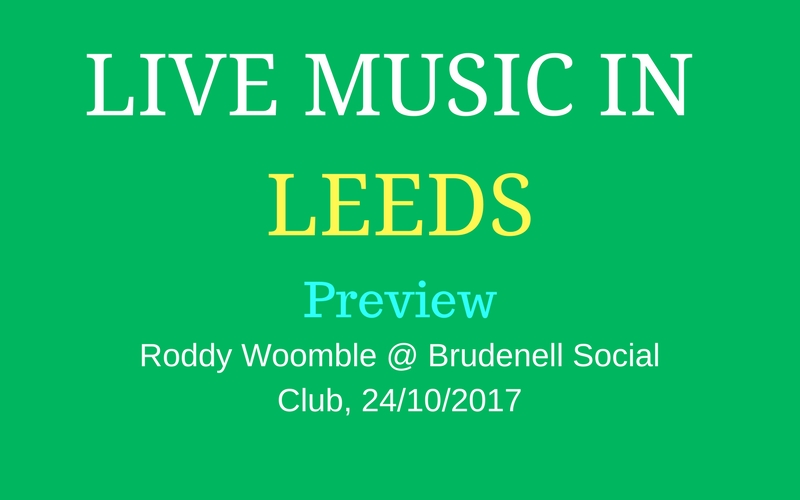 As the lead singer of beloved Scottish indie survivors Idlewild, Roddy Woomble has never been afraid to embrace change when required, but has also masterfully struck a balance with staying faithful to himself.

When Idlewild emerged in the late nineties with the ramshackle mini-album Captain and their eventual debut Hope Is Important, they were a delightfully shambolic antidote to the staid, conservative British guitar scene, coming on like a load of pissed students playing a cramped house party – or, as the NME put it, “a flight of stairs falling down a flight of stairs”.

However, there was always a distinct strain of melody in their DIY formula, and over five subsequent albums they gently coaxed out that nascent radio-friendliness to achieve a not insignificant amount of chart success. The apogee was 2002’s The Remote Part, a gorgeous R.E.M.-influenced collection that included a UK Top 10 hit in ‘You Held The World In Your Arms’.

All the while, Roddy Woomble and his fellow travellers were able to maintain a loyal fanbase that could come to terms with Idlewild’s increased popularity, and could accept the more mature themes creeping in to Woomble’s songwriting as he got older, became a family man and moved further and further away from the punky young pups they were in 1997.

Woomble’s popularity as a cult icon was underscored in 2015 when Idlewild’s fans clubbed together to crowdfund a seventh album, and first for six years, called Everything Ever Written, an impressive collection that showed that his poetic, empathetic and cerebral songwriting chops had not dulled with the passage of time.

Less well-known, but certainly no less interesting, has been Woomble’s occasional career as a stand-alone artist, which began back in 2006 with My Secret Is Silence.

Now on his fifth solo album The Deluder, released in late August 2017, Woomble’s modest collection of solo material has embraced everything from jazz-inflected folk to big-hearted country, his philosophical, Hebridean takes on dusty Americana still going down well with critics and fans.

Currently in the middle of a short UK tour, Roddy Woomble brings The Deluder to the Brudenell Social Club in the heart of student-land in Hyde Park. This is a great chance to catch a bona-fide British indie legend in one of the most intimate independent venues in the country – buy tickets for it HERE!

Enjoy our Very Brief Introduction playlist to Idlewild and Roddy Woomble below!