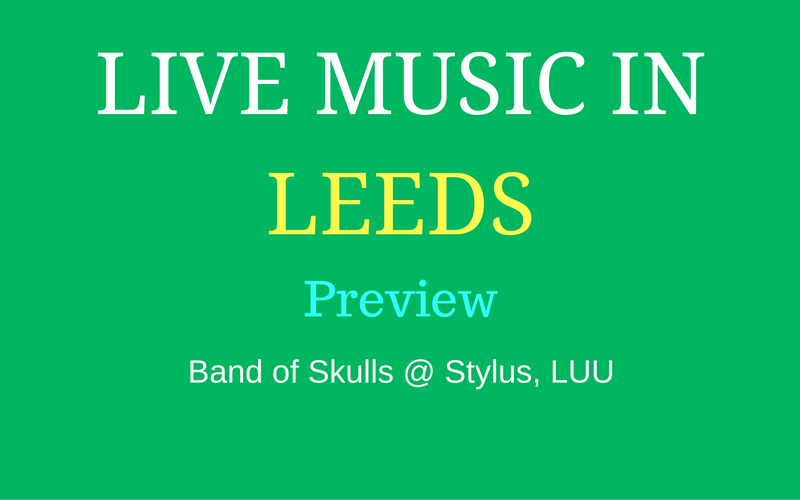 Southampton-based trio Band Of Skulls are heading up north next Thursday in the first of their seven UK dates this October. Playing Leeds University’s Stylus, the band’s much-anticipated tour follows the release of their fourth album, By Default. Russell and co. seem to have an affinity with Leeds, returning to the city after their appearance at Live at Leeds in April, where they secured (and fulfilled) a spot just behind big-name contemporaries Mystery Jets and Circa Waves. And if that performance was anything to go by, we’re certainly in for a treat.

Sitting on the more hardcore end of the indie rock spectrum, Band Of Skulls mix the grit and attitude of White Stripes with the catchy guitar riffs of The Black Keys. On record, this translates as the kind of songs that will get you going in the morning and air-guitar-ing around your room at night. But live, it takes on a whole new level. Expect heads to rock, ears to ring and beers to be spilled.

Whilst you’d normally be right in thinking that a band as heavy as Band Of Skulls playing at a University would be like Black Sabbath playing your local church hall, Leeds Uni have a fairly impressive track record for gigs. The Union’s Refectory has been host to acts as legendary as The Who, Jimi Hendrix, Led Zeppelin and Pink Floyd, to more recent indie icons like Arctic Monkeys and The Coral. With such a good musical history, you can almost forget that it’s the home of ‘Fruity Friday’, the ultimate cheesy night out where Smirnoff Ice-fuelled students gather to sing along to Taylor Swift and the Macarena. Just nobody tell Band Of Skulls that…

To get you in the mood, here’s By Default’s opener, ‘Black Magic’!