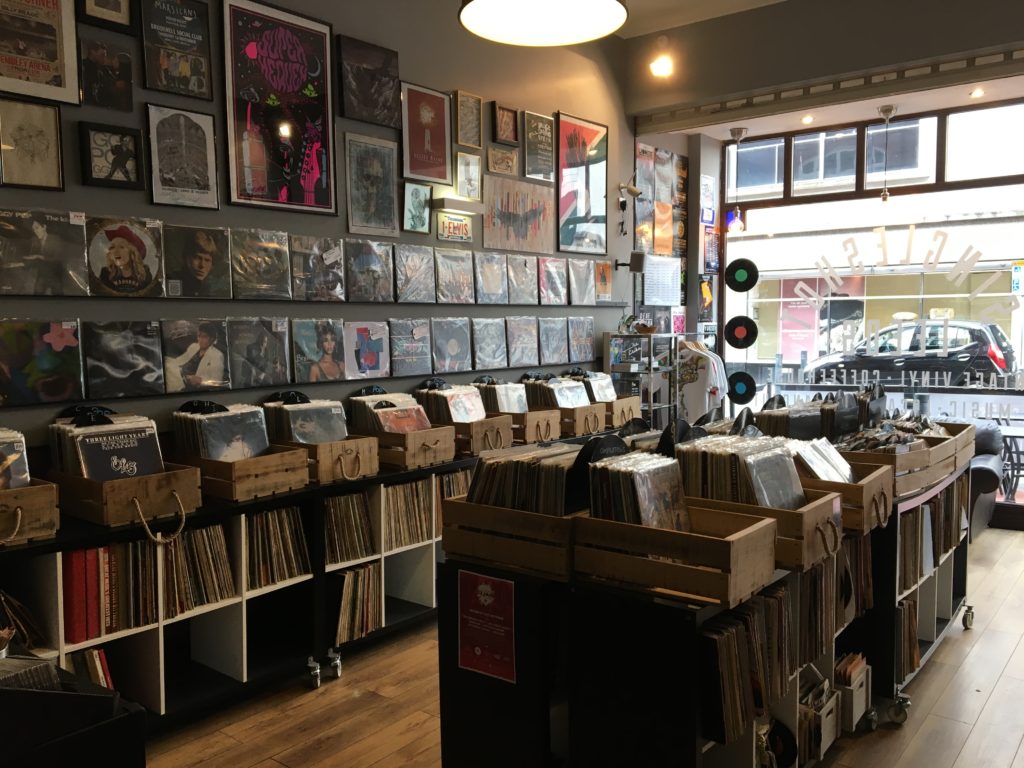 What is it about Leeds that makes it so attractive to students and young music fans?

Leeds has always been a good hub for music, whether it be live music or for record shops. We’ve got some of the longest-running independent shops in the country that I know of. Crash Records were an inspiration to us to set up our own place, but we didn’t want to tread on any toes or take away from them, so we’ve gone down the vintage route.

We have lots of students in store or online, asking us whether we can get certain things in, both second-hand and new. It seems like they really want to support independent as well – not to detract from HMV, but they tend to do the more mainstream stuff, but we want to focus on more left-field stuff.

How important have young people been to the vinyl revival?

Youngsters and students seem to have gone past the digital age – they still listen to things digitally when they’re on the move, but they want to hold a physical copy of something again. The older generations have always had that, they’ve always been able to appreciate it, but this is something that younger fans have re-discovered, or even discovered for the first time. It doesn’t tend to be CDs any more, there’s a kind of love and a nostalgia about records, that sense that something has been loved by someone else before you. We get stuff in from the ‘70s, ‘80s and ‘90s and you’ll often see little messages written on the liner notes, perhaps birthday messages. We don’t get rid of that, it’s part of this history!

What do you feel is unique about SingleShot, that makes it stand out from the other second-hand stores in the city?

This is the only coffee shop / vinyl shop hybrid in Leeds city centre at the moment. There’s a handful scattered around the country, but SingleShot is the only one here. We don’t focus on any one genre either, we try to do everything, it can be jazz, soul, rock and right up to pop-punk and current chart music. We also sell beers, and we have live music in the basement on Saturdays and Sundays.

We really tried to capture everything that we [Rob and I] wanted from somewhere, so we feel that this is a hangout kind of place, not somewhere you go just to shop.