“I’m Not Like Other Girls, You Can’t Straighten My Curls”: An Introduction to PJ Harvey 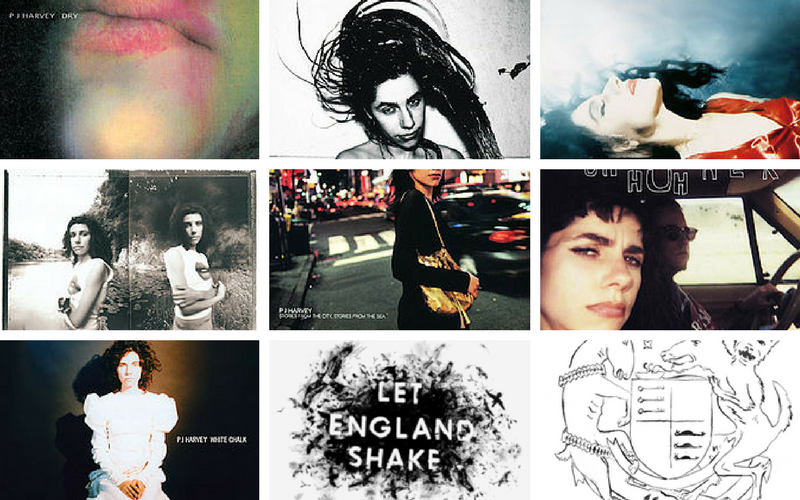 For a quarter of a century since she first forced herself into the public’s consciousness with her exceptional 1992 debut album Dry, PJ Harvey has been arguably the most consistently inventive and musically diverse artists in Britain. With musical origins in folk bands stretching back into the ‘80s, from her initial records with the ‘PJ Harvey Trio’ in which she explored thunderous, skeletal and stripped-back rock as a vessel for rage, aimed both outwards and inwards, Dorset-born Polly Jean Harvey has reinvented herself time and time again.

A disturbing, visceral and evocative songwriter across many disciplines, subverting the norm of the female singer-songwriter image with the ferocious Rid Of Me, she jettisoned her initial sound for 1995’s To Bring You My Love, a more sinister and ambient affair, and this set the tone for her gradual evolutions and dramatic overhauls in sound that would characterise her career. To date, she has recorded nine studio albums (plus two collaboration efforts), been nominated for countless awards, and is the only artist to ever have won the Mercury Music Prize more than once.

As an accompaniment to our ‘Women In Rock’ profile, here’s a surface-level guide to PJ Harvey’s albums that were released under her name, excluding her two records with sometimes collaborator John Parish. 1996’s Dance Hall At Louse Point and 2009’s A Woman A Man Walked By are both entertaining but mixed bags of challenging, left-field material, both worthy of good, solid 6/10 scores.

Furthermore, here’s an introductory Spotify playlist of PJ Harvey’s very best moments – scroll and click to page 2 for our guide!

Tags: albums, An Introduction to, discography, Dry, Ed Biggs, Is This Desire?, Let England Shake, PJ Harvey, Rid Of Me, Stories From The City Stories From The Sea, The Hope Six Demolition Project, To Bring You My Love, Uh Huh Her, White Chalk