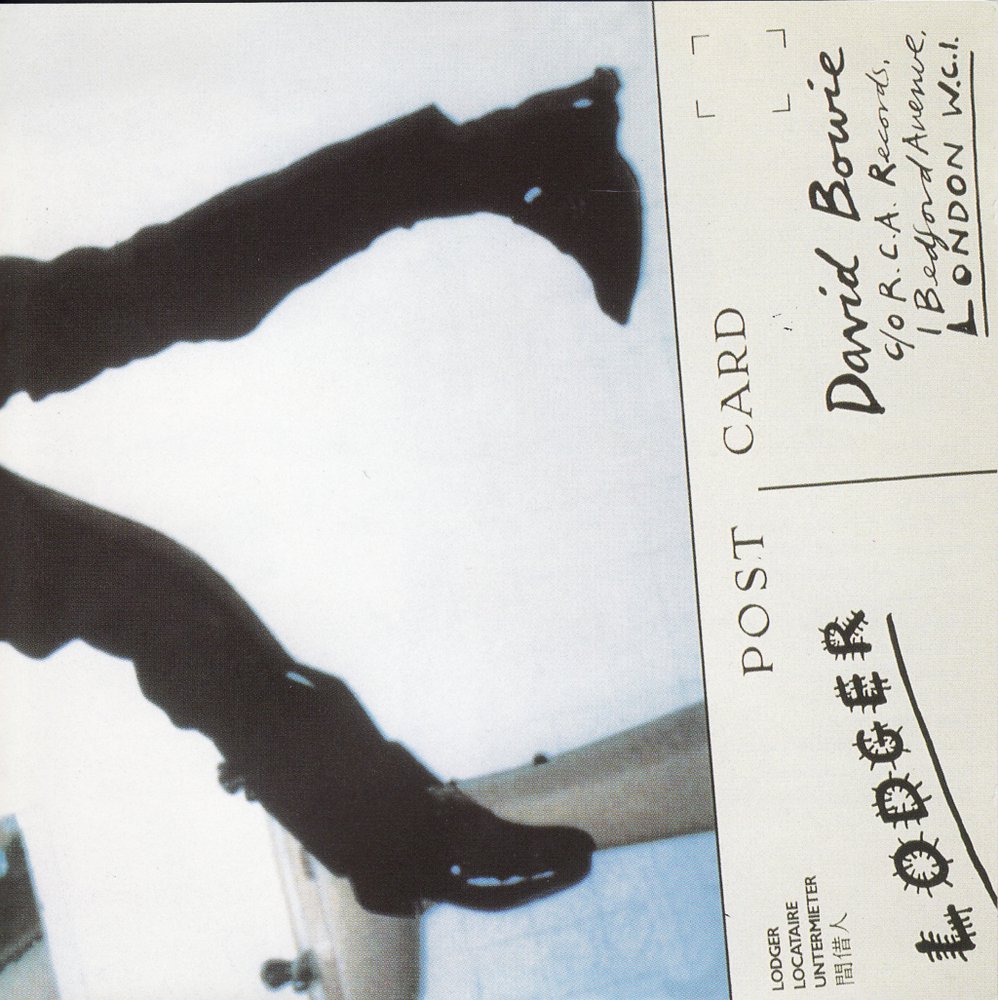 By the second half of 1978, David Bowie was in a curious point in his career. He’d left Berlin in February of that year, having spent 15 happy months there that saw the release of Low and “Heroes”­, two exceptionally forward-thinking albums which, despite receiving critical adoration, hadn’t performed particularly well in commercial terms. He was in his early thirties – positively ancient for a pop star in the Seventies – and was regarded by some taste-makers as having been overtaken by a new, younger crop of artists like Gary Numan and Talking Heads (who cited Bowie as a key influence, ironically enough). On top of that, his painful ongoing separation from his estranged wife Angie was putting him through the emotional wringer. His label, RCA, was pressurising him into making something that would sell like 1975’s Young Americans and 1976’s Station To Station had done. Bowie being Bowie, he pushed back, insisting to the music press that his next album Lodger would complete a “triptych” of similarly-themed albums to his duo of 1977 LPs – what is now popularly referred to as ‘the Berlin trilogy’.

After he had completed his intensive Stage world tour in the first half of the year, and enjoyed a six-week holiday in Kenya with his young son Joe, Bowie re-convened with his regular band, including Dennis Davis, Carlos Alomar, George Murray plus a notable new face in additional guitarist Adrian Belew, as well as producer Brian Eno at a lavish studio in Montreux, Switzerland in August 1978. By this point, Eno and Bowie had not seen each other in roughly a year, and by now they didn’t completely see eye-to-eye in creative terms, with a feeling that the creative well that had yielded the last two albums was beginning to run dry.

Unlike the creation of Low and “Heroes”, this time around it appears to have been Bowie that was the driving creative force and Eno who was the indecisive one. In the time since they had last worked together, Eno had recorded and released his groundbreaking ambient albums Music For Airports and Music For Films, and was increasingly being pulled away from the pop oeuvre in which Bowie, as forward-thinking as he was, still dwelled and his image necessitated. While his famous Oblique Strategies technique – randomly selected cards bearing strange instructions designed to resolve creative blockages in the studio – did bear good results, like on lead single ‘Boys Keep Swinging’ where Bowie’s backing band swapped instruments, musicians like Carlos Alomar observed that Eno was using them to mark time rather than getting down anything concrete. But more than any one individual being at fault, the overall feeling seems to have been one of familiarity leading to inertia.

As if to reflect the context in which it was made, Lodger occupies a curious place in the context of Bowie’s discography. It’s absolutely nobody’s favourite Bowie album – even the staunchest fan of Lodger would be hard-pushed to place it in their personal top ten of his LPs – yet a majority have generally positive things to say about it, and regard it as forming part of Bowie’s golden age in the Seventies. It’s even quite hard to resolve in the context of the Berlin trilogy. It wasn’t actually made in the city (but then again, neither was most of Low) and, unlike its predecessors, it has no ambient second side.

Essentially, Lodger suffers the ignominy of being a very good album that’s consistently overlooked in discussions of Bowie’s career. However, in retrospect, this definition does the album a significant disservice. Like quite a few Bowie records, such as Diamond Dogs, Station To Station and Black Tie White Noise, it stands as a bridge between distinct eras – in Lodger’s case, between the experimentation of the Berlin era and the avant-garde pop of Scary Monsters (And Super Creeps). Crucially, the complex polyrhythms of many of the songs also helped Bowie position himself as a patron of the burgeoning New Wave and art-rock scenes of the late Seventies, as well as a forerunner of the New Romantics of the early Eighties. Spandau Ballet, for example, revered the Lodger­-era Bowie and his image of peg-leg trousers and smart shirts.

Those qualities are detectable throughout the album’s lithe, 35-minute running length. Only two of its 10 tracks run for more than four minutes, giving it a very disciplined feel in comparison to quixotic qualities of its predecessors. But at the same time, the reverse is true of its emotional content – Lodger is fidgety where Low and “Heroes” were restful and resonant. The real magic of Lodger seems to derive from how unusual or improvised elements are sprinkled over quite ordinary (or, at least, regular) musical structures.

Adrian Belew’s blasts of atonal guitar are the most ear-catching aspect of the tracks on side one. The clattering chaos of ‘African Night Flight’ is the biggest sonic outlier, sounding like something that might have appeared on Eno and David Byrne’s My Life In The Bush Of Ghosts collaboration a couple of years later with its polyrhythms, weird chord changes, doomy piano stabs and Bowie’s proto-rap delivery. The way it sits between the enticing ballad of ‘Fantastic Voyage’, with Bowie’s “learning to live with somebody’s depression”, and the gently galloping art-rock of ‘Move On’ (whose music is a straight reversal of Bowie’s ‘All The Young Dudes’) tells you everything about the character of Lodger – never content to settle into a singular mood or style. The Neu!-style krautrock leanings of ‘Red Sails’ and the reggae-aping Middle Eastern feel of ‘Yassassin (Long Live)’ reinforce the ever-changing nature of side one.

The second side houses Lodger’s three singles, which met with varying degrees of commercial success. The funky lead single ‘Boys Keep Swinging’ – the first UK Top 10 hit Bowie had enjoyed in over two years by this point – scans both as a celebration of youth and an undermining of macho posturing. The jaundiced ‘D.J.’, with its Talking Heads-esque delivery of jaded detachment, met with rather less success, barely scraping into the Top 30. The ‘angel of death encounter’ of ‘Look Back In Anger’ is the understated success of Lodger, full of drama and boasting one of Bowie’s best ever vocal performances. Another brilliant delivery comes in the terrifyingly bleak ‘Repetition’ – the detached, almost prosaic way in which Bowie depicts a cycle of domestic abuse makes for one of his most chilling moments. The mechanical ‘Red Money’ closes the album, a recycling of a musical bed that Bowie and Iggy Pop had come up with for the latter’s 1977 solo album The Idiot.

Upon its release, and 40 years on, critical and fan opinion has never been united regarding Lodger. The main complaint that is objectively true about itis that the sound quality is disappointing. Much of the instrumentation is muffled to the point that it sounds airless and dead. The finer points of detail are completely flattened out by this aspect, making the album sound shallow and quirky next to the gorgeous quality and sonic depths of Low and “Heroes”. It certainly comes up a distant third in any analysis of the Berlin trilogy, but that only holds water if you fail to think about Lodger in the greater context of Bowie’s musical evolution – its restless, avant-garde pop qualities are a path to somewhere else, not an end in itself.

Indeed, all that being said, Lodger still has many winsome and attractive qualities that make it a rewarding and inspiring listen four decades later. It’s the kind of album that you can quite happily not listen to in years, but when you do, you make a mental note to listen to more often. Which you then forget, and Lodger gathers dust in your record collection, and it repeats itself. Some albums are doomed to this kind of status, after all. But that ought not to diminish the importance that the final ‘Berlin album’ played in the David Bowie story – the bridge from experimentalism to art-pop world superstardom.

Listen to Lodger by David Bowie here via Spotify, and tell us what you think below!