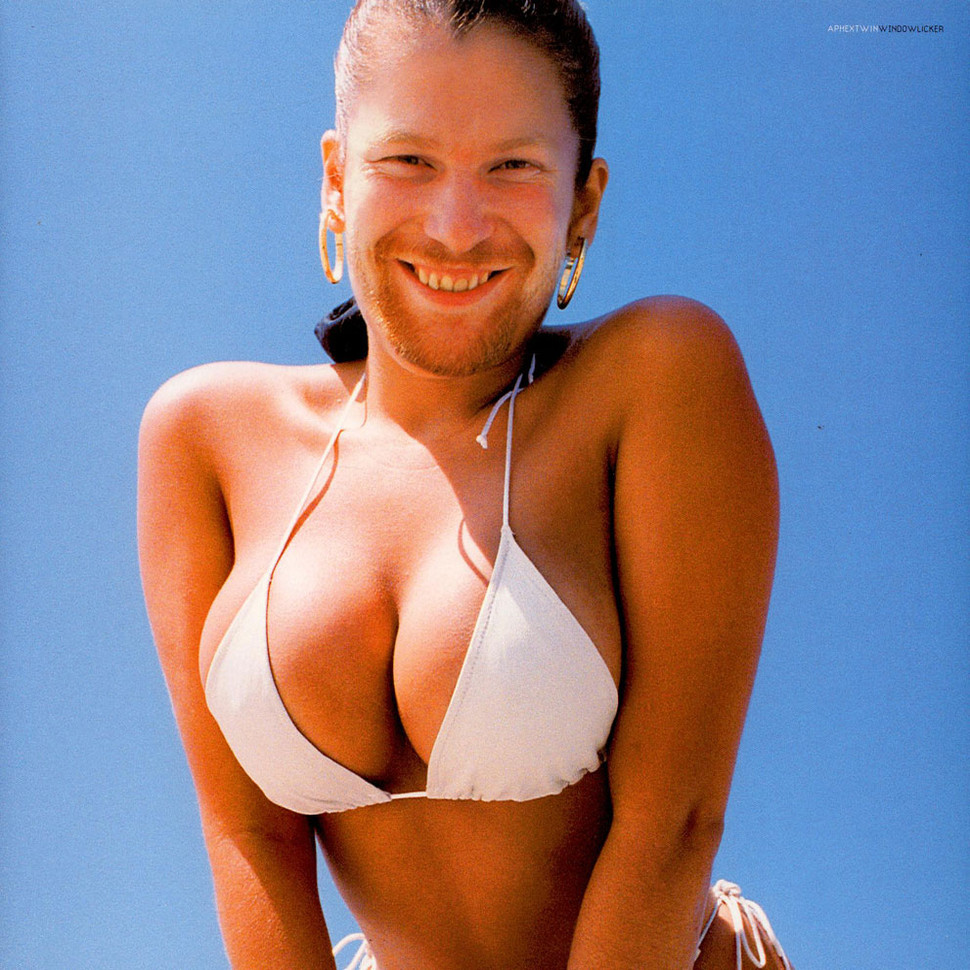 Over a decade that now spans the best part of 30 years, Richard D. James has carved out a career whose mythology is based in large part upon satirising the mainstream, reflecting the state of modern music back upon itself and having a laugh at its expense. His array of work under different pseudonyms (but primarily as Aphex Twin) and over a variety of white-label releases, long-lost albums and various formats shows an artist whose directions has been entirely self-determined, something that’s both delighted and frustrated his massive cult following. A key component of that mythos was the release, at the very end of the Nineties, of the Windowlicker EP and its wonderfully weird music video.

Its title track ‘Windowlicker’ is, quite simply, one of the greatest individual tracks of the Nineties across any genre. Consisting of six minutes of wet, slithery funk with clashing elements of dissonance and bliss interacting harmoniously, it sounds absolutely ahead of its time, even two entire decades later. Every time the melody threatens to emerge and establish itself, mainly carried on the back-masked, distorted female vocals, it’s overpowered by beat shifts, the hyper-powered programming, time changes and other jumpy, seemingly illogical effects. If this sounds like it requires loads of effort on the part of the listener, that impression is wrong – ‘Windowlicker’, taken as a whole, is accessible and entirely fascinating, and this is the genius of Richard D. James. It’s an imaginary intrusion into the world of pop, or rather, what pop would look like if James could have his way with it.

But ‘Windowlicker’ wasn’t just brilliant musically – its music video and artwork made it the complete cultural artefact. Directed by Chris Cunningham, linking up with Aphex once more after the similarly legendary video for ‘Come To Daddy’ two years previously, the nearly 10-minute long video presents itself as a parody of West Coast gangsta-rap culture. For the first three minutes, you’re not quite sure what you’ve started watching, as two young men in a car try to pick up some women on the street in a hyperbolically expletive-laden exchange before a ridiculously long white limousine crashes into the video from screen-right, 38 windows in length. The window winds down, James’s eerily grinning face is there, and the track slithers and meanders its way to the end, with weird choreography and messed-up graphics contrasting with the brightly-lit backdrops of L.A. The strange front cover, the brainchild of The Designers Republic, shows a topless female model with James’s head superimposed.

The second track, referred to as ‘Formula’ but whose actual title is a complex mathematical equation (‘ΔMi−1 = −αΣn=1NDi[n][Σj∈C[i]Fji[n − 1] + Fexti[n−1]]’, if you were interested…), is wildly experimental all the way, sounding like a kind of musical food processor of flanging beats and terrifying digital screeds of noise. That’s completely contrasted by the delicate and very pretty third track ‘Nannou’, dedicated to James’ then-girlfriend and consisting of manipulated samples of wind-up music boxes.

Fuelled by its music video, which enjoyed a post-watershed, semi-illicit existence on MTV, ‘Windowlicker’ became a surprise hit, reaching no.16 in the UK Singles Chart in the final week of March. The late Nineties was a time of huge churn at the top of the charts – the archives from that week show that ‘Windowlicker’ was only the ninth-highest new entry, with the similarly curious ‘Flat Beat’ topping the list off the back of a Levi’s ad – and it fell out of the Top 40 altogether the following week. But it made enough of an impact to secure a nomination for Best British Video at the BRIT Awards the following year, where it lost out to Robbie Williams’ ‘She’s The One’. To date, the EP has sold over 300,000 copies, making it easily the most successful Aphex Twin release. Windowlicker turned out to be the last Aphex Twin single release for 15 years, until ‘minipops 67 [120.2]’ from James’ 2014 comeback album Syro.

But the true legacy of Windowlicker is in the enormous influence it had (and still has) on today’s electronic music scene. You can hear it in the dark, cavernous shivers of dubstep; the otherworldliness of James Blake; the sparse productions of the likes of Four Tet and Bonobo; the experimental hip-hop and jazz productions of Flying Lotus and Brainfeeder Records; the eerie bliss of vaporwave… the effect of this singular six-minute composition is absolutely incalculable.

Listen to Windowlicker EP by Aphex Twin here via Spotify, and tell us what you think below!