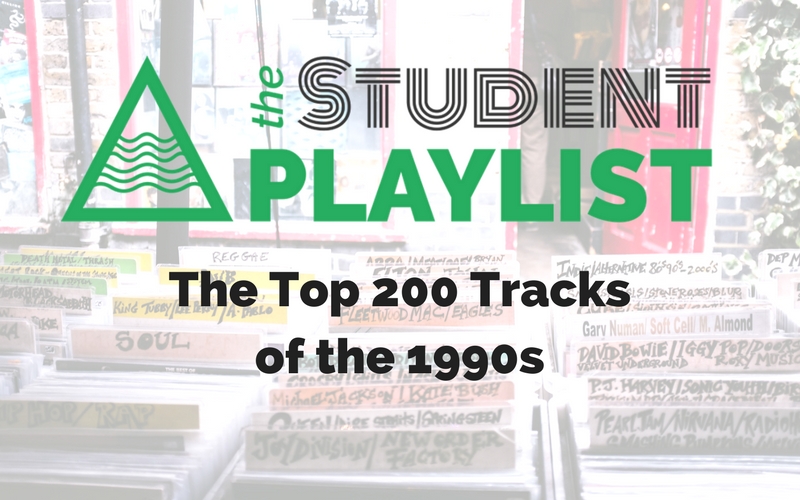 Revisiting any period in popular music is always interesting, insofar as one’s memories of it change and evolve as time passes and the present gets further and further away. It’s impossible to tell what aspects of it might get unearthed and held up by new artists. What seems cutting-edge suddenly becomes blunt, and what seems naff ten years later might become another’s cornerstone of inspiration after another ten years. More so than with albums, individual tracks stand to be revisited and re-appraised easily and quickly, their stand-alone nature meaning that their status as ‘a classic’ changes more rapidly over time than entire bodies of work on an LP.

The Nineties is a particularly interesting decade. Alongside massive upheavals and resurgences in guitar music, in the form of grunge in America in the wake of Nirvana’s watershed success in 1991 and taking the shape of ‘Britpop’ in the UK, it was a great time for dance and hip-hop, as both genres evolved quickly. Given that the Nineties has become an increasing source of inspiration for current artists, who experienced at least a part of their childhoods growing up in that decade, it’s worth looking back at it with fresh eyes.

After all, this was a period in which alternative culture gatecrashed the mainstream and, powered by music videos that got widespread MTV circulation, acted as a kind of disrupting force on the normal state of affairs. Suddenly, major labels were being outdone by the independents (witness Oasis, the biggest band of the Nineties, achieving their success with Creation) and the outsiders were now calling the shots. It couldn’t last, however, and the decade fizzled out, but not without some profound sonic masterpieces arriving along the way.

When beginning to compile this list, it quickly became apparent that there were so many great Nineties songs – in particular, there were many incidences of artists releasing so many brilliant singles in this time period that to include all of them would be to exclude too many other bands, artists and genres. For this reason, we decided that every entry in this list should have another song to go with it, either by the same artist or one by a very similar artist whose name or song deserves to be mentioned in a decade-spanning feature. So really, this Top 200 list is actually a ‘Top 400’, but with the second acting as a kind of shadow playlist that describes the decade equally well.

This ended up producing its own set of conundrums. Choosing between two very different kinds of Nineties smashes by The Cardigans (the poppy ‘Lovefool’ or the rocker ‘My Favourite Game’), for example. Or, what to pick for TLC? The fearsome sass of ‘No Scrubs’ or the more mature and thoughtful ‘Waterfalls’?

So, after much deliberation and agonising, here is The Student Playlist’s take on an astonishing and diverse decade in popular music. We hope you agree with us.