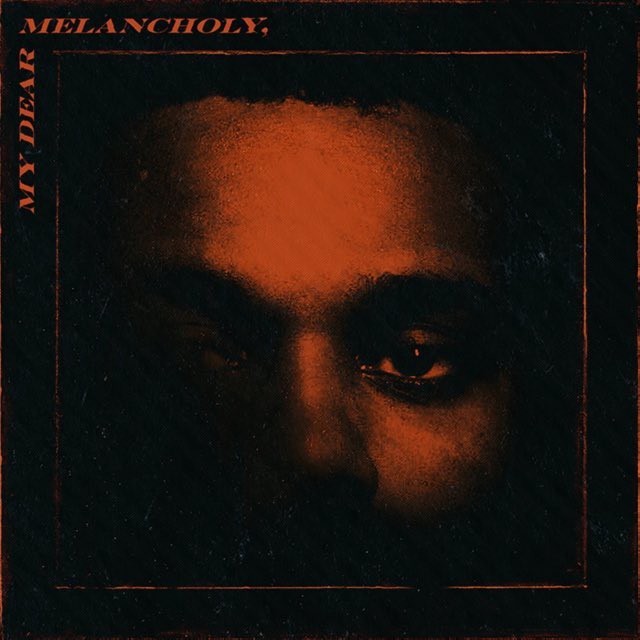 A surprise mini-album released in time for Easter, ‘My Dear Melancholy’ sees Abel Tesfaye leaning a little more towards his origins and away from the fanbase-splitting ‘Starboy’.

Abel Tesfaye, more commonly known as The Weeknd, is one of those artists you’d hear screamed along to through the wall of a university dorm at 3am by a broken-hearted girl channelling her anguish. With his dark R&B ambiance, signature Michael Jackson-esque vocals and coked-up, sexed-up, broken-hearted persona, he has become the face of current pop music with modern masterpieces like Beauty Behind The Madness. By ‘pulling a Beyonce’ on March 30th and dropping a new six track album My Dear Melancholy, (deliberately stylised with a comma included) without any prior promotion, The Weeknd sonically goes both back and forward by pulling in that signature sombre sound of his 2012 debut The Trilogy while still feeling fresh with the help of multiple collaborations with more niche producers.

‘Dropped’ with a certain nonchalance that contrasts with My Dear Melancholy’s innards, the album truly opens up as a sorrowful letter of desire and heartbreak. That’s nothing new considering that’s what all Tesfaye’s previous albums are about, narrating his emotionally draining escapades so much this is now considered his ‘thing’. The collaborations, on the other hand, bring out a new flavour to The Weeknd’s sound, probably satisfying a lot of his older fans as it is a lot less ‘Starboy’ and a lot more ‘The Trilogy’ but with a well-rounded glitz and more solid songwriting. Mainly produced by Frank Dukes, the credits on the record go out to not only Skrillex and Guy-Manuel de Homem-Christo of Daft Punk, but also some less well known experimental artists.

The eccentric French techno DJ Gesaffelstein is both credited and largely felt on ‘I Was Never There’ and ‘Hurt You’. The siren sound at the start of the former track adds a sense of urgency and improves the texture of the instrumental, making it sound less comforting and more brutal while Tesfaye raises the question “What makes a grown man want to cry?”. The pitch shift before the interlude adds variety and divides the lyrical material. It goes from ‘nothing matters in the face of death’ to ‘my girl loves toxic relationships’. Along with the album opener ‘Call Out My Name’, these tracks are definite standouts. The experimental dance music composer Nicolas Jaar being credited on ‘Call Out My Name’ somehow also weirdly makes sense, as a rocking ballad that’s both calm and anguished sweeps the listener up into its own lull with a booming bass line and demands to be sung along to.

It also makes it clear that My Dear Melancholy will be nothing like the previous cumbersome and scattered Starboy. ‘Call Out My Name’ sounds like it was shamelessly intended to be the next chart topper about love that doesn’t work out. Its follower ‘Try Me’ has tasteful touches of trap in its drum track with a simplistic yet catchy chorus, pleading to be remembered by a lover, while ‘Wasted Time’ is more interesting in its slightly bitter outlook on love but needs time to seep into the listener’s ear as it has a more abstract instrumental, though at times it sounds a bit like those low-fi chill beat productions you stumble upon in the DIY music part of YouTube. Not too subtle in lyrics as well, with lines like ‘’You were equestrian, so ride it like a champion” but lyrical subtleness was never The Weeknd’s strongpoint.

Social media and gossip sites have been buzzing about My Dear Melancholy excessively and it’s not because they love the music. There has been a ruckus concerning the real life inspirations that made the album the way it is lyrically – dark, disappointed and pining. The fans have been speculating that most of the songs are about Abel’s relationship with Selena Gomez, who recently got back with her previous boyfriend Justin Bieber, and his ex-girlfriend Bella Hadid. Drama and gossip are piling up, but by listening to My Dear Melancholy, one wouldn’t say that the lyrics were intended to be sensationalist and cause an uproar. It provides free promotion, of course, but it’s been a career long tradition for The Weeknd to be explicit about his love life in his songs, for better or worse.

This gossip uproar may not add to the artfulness or enjoyment of the 22 minutes that is My Dear Melancholy, but it may justify why the hell Abel Tesfaye hasn’t written about something other than love, sex, drugs and fame. This thematical fixation by this point would probably feel out of place in the discography of The Weeknd, but would surely add a sense of surprise and anticipation for his musical endeavours. My Dear Melancholy is a satisfying, if not a little abruptly ending 22 minutes of quality pop music. Maybe not revolutionary neither lyrically nor musically, it shows The Weeknd continuously honing his melody and vocals while producing competent R&B records. (7/10) (Aiste Samuchovaite)

Listen to My Dear Melancholy, by The Weekend here via Spotify, and tell us what you think below!