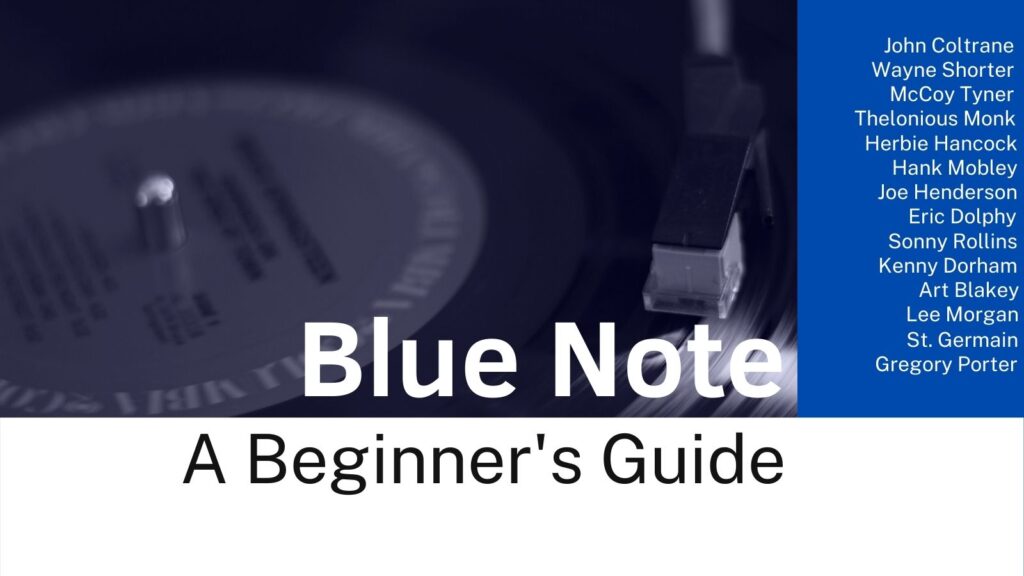 Some record labels are absolutely synonymous with not only a genre of music, but a very specific variant thereof. Chess Records goes hand in hand with the blues; 4AD with dream pop and the more ethereal end of indie in the 1980s; Warp Records with British bleep techno and IDM in the Nineties. But perhaps the best example of all is that of Blue Note, primarily associated with hard bop jazz – a style that cross-pollinated bebop with other forms of music including soul, blues, rhythm and blues and gospel. However, the label also became known as a platform avant-garde jazz and free-form jazz artists.

During its heyday of the early Forties to the late Sixties, Blue Note released literally thousands of LPs, and their back catalogue reads like a who’s who of jazz in the second half of the twentieth century. Even more remarkably, that industrial output was coupled with a consistently very high degree of artistic integrity. Quantity matched quality – there are simply very few Blue Note albums that aren’t at least decent, if not essential.

READ MORE: 100 Years of Jazz – The Ten Most Important Records In The History of Jazz

Founded in late 1939 by Alfred Lion and Francis Wolff, both German immigrants who had settled in New York City, from the very start Blue Note prided itself on offering recording opportunities to artists that other labels considered to be too uncommercial, even when it was focussed on traditional jazz and small-group swing music in its infancy. Very soon, Lion and Wolff became seduced by the newer, more radical forms of jazz that were evolving in the mid-Forties, recording the pioneer Thelonious Monk who was deemed too radio-unfriendly by virtually everybody else in the industry.

That reputation essentially underpinned the label’s entire existence – prestigious names such as Miles Davis, John Coltrane, Wayne Shorter, Joe Henderson, Eric Dolphy, Herbie Hancock, McCoy Tyner, Cannonball Adderley, Ornette Coleman, Art Blakey all recorded albums for Blue Note over the decades, plus a whole galaxy of fine musicians in addition. What attracted those stellar names, and retained their loyalty, was the artistic freedom afforded to them, and the congenial, collegiate atmosphere that Lion and Wolff fostered in the studio.

A keen sense of design and visual branding contributed to Blue Note’s all-encompassing aura of cool, courtesy of designer Reid Miles who produced countless cover designs all based around the same eye-catching, Bauhaus-inspired template. His artwork was distinguished by tinted black and white photographs, sans-serif typefaces, and restricted colour palette (often black and white with the addition of a single colour), and frequent use of solid rectangular blocks of colour or white. This has turned Blue Note albums into aesthetically desirable artefacts in and of themselves, as well as because of the music that those LPs contained.

While Blue Note occasionally enjoyed the odd record that sold in significant numbers – Lee Morgan’s The Sidewinder being the first to break the national pop charts in 1964 – the music they released was, on the whole, quite niche, meaning that the label was almost constantly fending off the threat of bankruptcy for all of its cutting-edge image. Such is often the fate of pioneers, sadly. Lion and Wolff retired in the mid-Sixties, and by the end of the Seventies, Blue Note was bought out by EMI and absorbed into its wider corporate structure. While it still existed, occasionally releasing material like Ludovic Navarre’s St Germain project and introducing the world to the likes of Norah Jones and Gregory Porter, it has largely concentrated on re-issuing its own back catalogue and that of a handful of other EMI-owned subsidiaries.

Nevertheless, the brand and image of Blue Note still carries a hell of a lot of cultural cache even in the 21st century, and arguably more so than ever before now that jazz – and vinyl, the only way to properly listen to Blue Note, for the purists – is enjoying a renaissance on both sides of the Atlantic. 2020 marked a series of 80th anniversary events and re-issues surrounding Blue Note, most notable of which was the ace compilation Blue Note Re:imagined that saw classic tracks from the label’s catalogue reworked and recorded by a selection of the brightest talents of the UK’s modern jazz scene, including Shabaka Hutchings, Melt Yourself Down and Jorja Smith.

Even the most detailed playlist can only ever scratch the surface of such a vast, storied label such as this, but we’ve attempted to give you an overview of some of the most famous tracks from Blue Note.