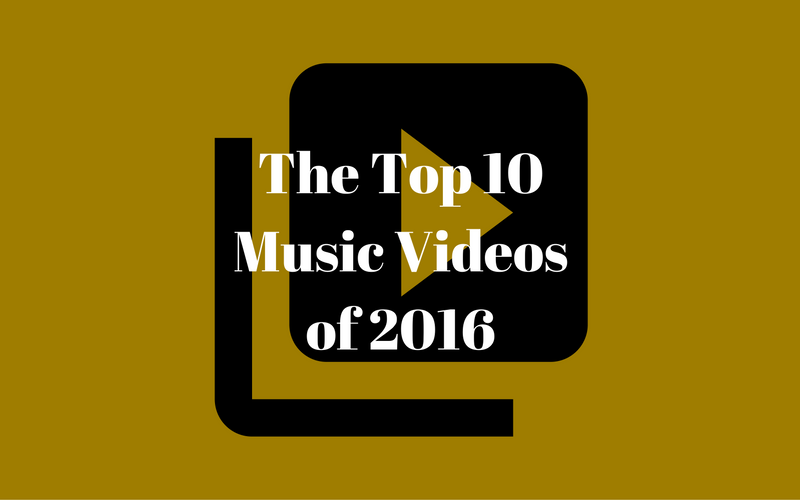 It’s taken the music industry a considerable length of time to figure out that YouTube is pretty big business. The platform paid out around $1 billion to major and independent labels in 2016 in the form of advertising revenue alone.

Hence, increasingly, music videos aren’t just a visual accompaniment to a single – they can take on a life of their own, become an event in their own right (or, if you’re OK Go, your entire raison d’etre). The art form is evolving in ever-more ingenious ways as time goes on – indeed, Beyoncé opted for a ‘visual album’ as the primary medium for this year’s ambitious Lemonade.

Here are the ten best videos that were released in 2016.

For their Hall & Oates-sampling comeback single ‘On Hold’, photographer-turned-director Alasdair McLellan (who is perhaps best known for shooting Adele’s portrait for her album 25) puts The xx into the sunny, seemingly ordinary town of Marfa, Texas, where the trio recorded most of their hotly anticipated third record I See You.

With the blue skies and warm rays of sunshine seeming to acknowledge the less-moody sound of the London-based bands’ previous work, McLellan captures the dance-ier vibe of their new track, without taking away from the strong emotional core that has always made their music so special.

Isaiah Rashad’s ‘4r Da Squaw’ was proof that just because a music video has a simple concept, doesn’t mean it can’t leave a lasting impression on you. Shot on a late summer afternoon with beautiful natural lighting casting a cinematic tone, the Tennessee rapper and his younger brother take a stroll down the Santa Monica Pier, with the balance of each individual’s wallet displayed above their heads.

With just $2 between them, Rashad and his little brother find themselves goofing around with the different characters at the pier, resulting in some of the most touching moments you’re likely to see in a music video this year, and reminding us that money isn’t always the most important thing in life.

Another video that further proved simple ideas to sometimes be the strongest was ‘Fake I.D.’ from California foursome Joyce Manor. Feeling like a punk-rock crossover of Superbad and Kick-Ass, we follow a frustrated 20 year old on her quest to get into a bar with a fake I.D., only to be lead on a search for clues throughout suburbia, with the DIY production and costume only adding to its low budget charm of this Weezer-influenced gem.

Taken from One More Time With Feeling, the film that documents the writing and recording process of Nick Cave’s mournful masterpiece Skeleton Tree, ‘I Need You’ shows little more than the iconic Australian artist performing in the studio, but is six minutes that will not slip from your memory soon after watching.

Arguably the most heartbreaking cut from Cave’s 16th album with The Bad Seeds, director Andrew Dominik brings us a profound and intimate portrayal of the musician, showing Cave at his most desperate, fragile and honest, shot with rich black and white clarity. If you’re yet to listen to the album or watch the video, we advise you to make it a priority.

Montreal-based producer Louis Celestin (aka Kaytranada) has been responsible for crafting some of 2016’s most addictive dance songs on his debut 99.9%, fusing pop, R&B and hip-hop into his summer-friendly aesthetic, with ‘Lite Spots’ being a highlight.

In this short but sweet video, Kaytranada builds an EVE-inspired robot in his garage before taking it on a tour of the neighbourhood, learning dance moves and playing basketball in the process. Just like the song itself, the video is fun and unique and sure to have you hitting the replay button repeatedly and is also some of the most outstanding CGI you’ll come across in a music video in 2016.

(Kaytra, if you’re reading this: can you build a dancing robot for us too please? – Ed)

Danny Brown’s Atrocity Exhibition was one of the year’s darkest and most experimental albums, not just in hip-hop, but in general. So it makes sense that his Simon Cahn-directed video for ‘Pneumonia’ is just as twisted and off the wall as the music behind it.

After the Detroit prodigy awakens chained up like a puppet in what looks like some kind of trap from a Saw film, he’s flung around by an unseen puppet master as he performs the song. Distorted, nightmarish imagery of Ronald Reagan is spliced in, as Cahn and Brown seem to attack the fake persona behind politicians, or perhaps retaliate against the exhausting expectations placed upon artists by the industry.

The result is a crazy yet creative video that suits Danny’s catchy, abrasive brand of hip-hop perfectly.

Known for his work behind the camera on films such as Selma, A Most Violent Year and Arrival, cinematographer Bradford Young took the director’s chair for Common and Stevie Wonder’s socially-conscious single ‘Black America Again’.

Mostly shot in black and white, we’re dropped into an anonymous neighbourhood as we move slowly through alleys and listen-in on the powerful words from the Chicago rapper as he performs live in the street and pays tribute to the likes of Sandra Bland, who was killed at the hand of white police. It’s upsetting at times, but also refuses to let these kind of acts continue and reflects the heartbreaking yet courageous message of Common’s 11th album of the same name.

To call ‘Black America Again’ simply a music video feels like a disservice, as its visceral imagery and ambitious run-time feels more worthy of the short-film label.

Just a few days prior to his passing, David Bowie unveiled his haunting video for ‘Lazarus’, which acted as something of a sequel to his previous video ‘Blackstar’. Helmed by frequent Madonna and Beyoncé collaborator Bo Johan Renck, we’re taken back into his nightmarish world, evoking loneliness, uncertainty and fear.

A pale figure lingers beneath the bed of a blind-folded Bowie, perhaps representing the cancer that stalked him in his final days, and he trembles as he imagines himself free of his anxieties and dancing. The dark, oaky colours and soft lighting make it a moody and cinematically gorgeous affair, and overall a sad yet touching visual to accompany not only one of the best singles from Blackstar, but also one of the best songs of his legendary discography.

While Radiohead’s stop-motion video for ‘Burn The Witch’ was a fantastically twisted, Wickerman-esque poke at our modern society and capitalism, it was the Paul Thomas Anderson-directed ‘Daydreaming’ that truly mesmerized us.

As the gentle piano fades in, we follow a curious Thom Yorke as he swiftly walks into a tunnel, away from a crowd following on the horizon behind, before he goes on to silently wander through doors leading into different rooms and landscapes, before finding peace in the solitude of a snowy mountain far removed from the busy noise of the world.

As one of the most ambient yet powerful cuts from Radiohead’s ninth record A Moon Shaped Pool, it feels only right that its video is just as soothing and special.

Of all the great music videos released over the past 12 months, none were as spellbinding as ‘Nikes’, the lead single from one of the most anticipated albums in recent memory: Frank Ocean’s Blonde.

With nocturnal, euphoric visuals that feel as if they’ve been taken from the playbook of Harmony Korine or Gaspar Noé, young director Tyron Lebon has created a dream-like experience that reflects Frank’s melancholic, hazy R&B-tinted song perfectly.

The viewer is enticed with footage that plays off themes of love, lust, mortality and fame, resulting in something that feels like a trippy hallucination of memories from the night after a party. With scenes including Frank being set ablaze in front of his sports cars, a woman lying naked atop a white horse in the rain, and a speaking Chihuahua, there’s plenty that’s left open for interpretation from the viewer. Lebon refuses to tell us whether we’re a part of the reality or not, as occasionally we slip in and out of the scene and are shown the set, cameras and crew, only making ‘Nikes’ all the more intimate and unusual.