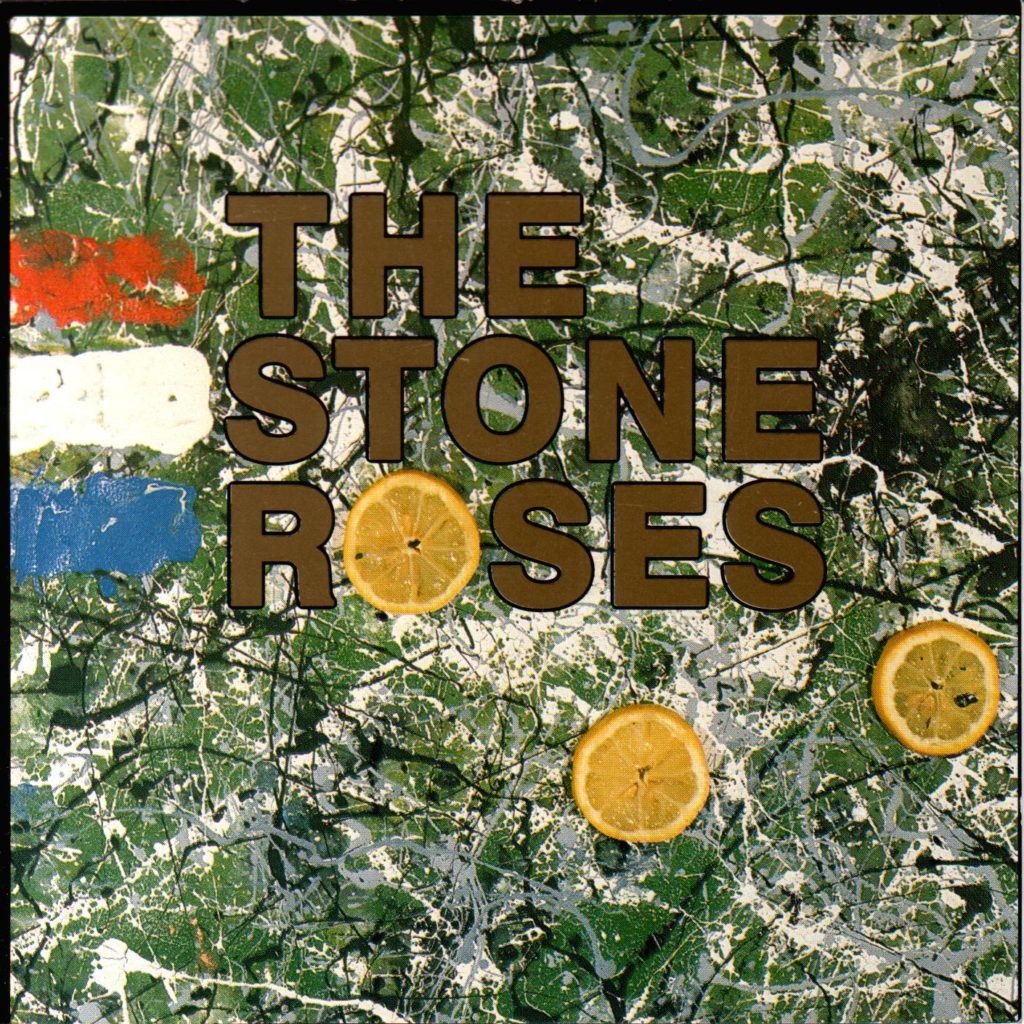 Three decades after the release of their self-titled debut album, there’s very little left to say about The Stone Roses at this point in history. The impact of The Stone Roses has been storied by so many – by Shane Meadows in his lovingly directed documentary Made Of Stone back in 2013, and a dodgy film entitled Spike Island the same year that imagined a fictional plot set against the real events of the Roses’ massive outdoor gig in May 1990 that represented their cultural pinnacle. Their reunion in 2012 triggered an avalanche of misty-eyed reappraisals of that seismic debut, one of the most fondly remembered and important albums of any age, so it’s difficult to revisit in any kind of original way. But on a personal note, it’s still one of my favourite records ever, so I owe it to myself to give it a go.

Released at some point in late April or May 1989 – history, peculiarly, has not logged its exact release date – The Stone Roses initially received little attention in the British music press as a whole. But in the band’s native Manchester, they were already a significant and growing cult phenomenon, with the exquisite singles ‘Sally Cinnamon’ and ‘Elephant Stone’ under their belts the previous year. The Stone Roses took a host of classic ‘60s influences, ranging from the jingle-jangle country inflections of the Byrds, psychedelic guitar wig-outs of Hendrix, the soulfulness of the Stones and the Who and the songwriting chutzpah of post-Revolver Beatles, and blended them into something unique and distinctive. While it undeniably had one foot firmly grounded in the past, the Roses were far from mere revivalists, establishing a template that a great many British and American guitar groups have followed ever since.

John Leckie, a veteran involved with post-Syd Barrett but pre-Dark Side Of The Moon Pink Floyd records, was selected to produce The Stone Roses and coaxed out the psychedelic qualities inherent in the Roses’ influences and style. What you hear instantly is a timeless yet thoroughly contemporary update of those reference points, right from the opening bass rumble of ‘I Wanna Be Adored’ that still sends the tingle of anticipation up the spines of those legions of die-hard fans. The chemical rushes of ‘She Bangs The Drums’ and ‘Sugar Spun Sister’; the transcendent urban hymns of ‘Made Of Stone’ and ‘This Is The One’; the intense hallucinogenic and hazy qualities of ‘Shoot You Down’… all of these placed The Stone Roses in a lineage of great guitar-based pop. Ian Brown’s confident presence as a frontman and his unusual yet melodic singing voice made him a bona-fide cultural icon, John Squire’s insane gifts on the guitar made him almost as much of a hero, while the enviable rhythm section of bassist Gary ‘Mani’ Mounfield and drummer Alan ‘Reni’ Wren made the Roses virtually peerless in terms of raw talent.

The best is saved for the end: the peerless eight-minute long ‘I Am The Resurrection’, which begins as an indie anthem that oozes self-confidence and self-awareness then segues into an instrumental coda that flows with the same pace and energy as the contemporary house and rave music being played in Manchester’s Haҫienda. It implicitly, and probably not accidentally, aligned The Stone Roses with the ‘Madchester’ scene in the eyes of onlookers, who frequently bind them up with ecstasy, rave and the ‘baggy’ era of indie at the dawn of the 1990s. Although they were stylistically different to groups like Happy Mondays, thematically speaking the Roses shared the same sense of newfound youth expression at the end of the conservative Eighties that the era represented. Teenagers whose parents, grand-parents and older brothers had Elvis, The Beatles, Sex Pistols and The Smiths now had a band to embrace and, for a time, hold up alongside them.

Over the next 18 months, The Stone Roses spread steadily by word of mouth, spending over a year in the UK Albums Chart despite never peaking above no.19 during its initial run (it now has a peak of no.5, reached 20 years later upon its 2009 re-issue, a testament to its lasting appeal for new generations). It’s frequently cited by the public and critics alike as one of the greatest albums ever. Perhaps most impressively, in the wide-ranging Music of the Millennium poll in 1999, it was voted no.2 by the British public behind only Sgt. Pepper’s.

But all the accolades in the world wouldn’t do The Stone Roses justice, or put into the words the sheer joy of the album. To hit a personal note again for a moment, I owned a Stone Roses greatest hits compilation before I bought this album, so I was already aware of their sound and some of their significance. I remember listening to it for the first time before going to the pub in sixth form, leaving the house and, five minutes down the road, texting my friends and telling them that I’d be late and going home to listen to it again. To me, The Stone Roses is pure pop alchemy, the closest thing to perfection I think I’m likely to hear.

It isn’t dogmatic blindness that leads me to this conclusion, as I loathe much of the generation of bands that the Roses accidentally and blamelessly spawned – I’m thinking of the ‘proper tunes for proper lads’ axis represented by latter-day Oasis, Kasabian et al – and I despair at the lack of imagination and the closed-mindedness that a minority of its fans have towards other genres. It’s something that’s severely stunted the evolution of British guitar-based pop almost ever since, as nobody since Brown and Squire has been able to use those well-worn influences as intelligently as they did. Each to their own, I suppose, and you can argue the toss about its legacy, but The Stone Roses has been a favourite of mine for nearly 20 years now, and I simply can’t conceive of another album having the same impact and immediacy that it had. The content, the way that content is ordered, and the cultural and social significance it represents, it what makes so unimpeachable. And it doesn’t even have ‘Fool’s Gold’ on it!

Of course, it all went wrong for The Stone Roses subsequently. Shortly after their red letter day at Spike Island, and the release of stand-alone single ‘One Love’ in July 1990, legal wranglings with their label Silvertone and inter-band rivalries, namely between Brown and Squire, meant that the public waited well over five years for a follow-up. When it arrived, the preposterously titled Second Coming was seismically overblown – the group had been overtaken in cultural stakes by both Nirvana and Britpop, and they seemed like yesterday’s men. After a disastrous tour, during which they were hit with Squire’s departure and included awful performances at the 1996 Reading and Benicassim festivals, the Roses split acrimoniously.

But while their story ended in ignominy, with even the semi-successful and much vaunted reunion gigs in 2012 not yielding the third album that many wished for (a couple of half-decent stand-alone singles aside), The Stone Roses’ debut album will always remain a brilliant cultural artefact.

Influenced by: The Beatles, The Byrds, The Who, The Rolling Stones, Jimi Hendrix, The Clash, New Order