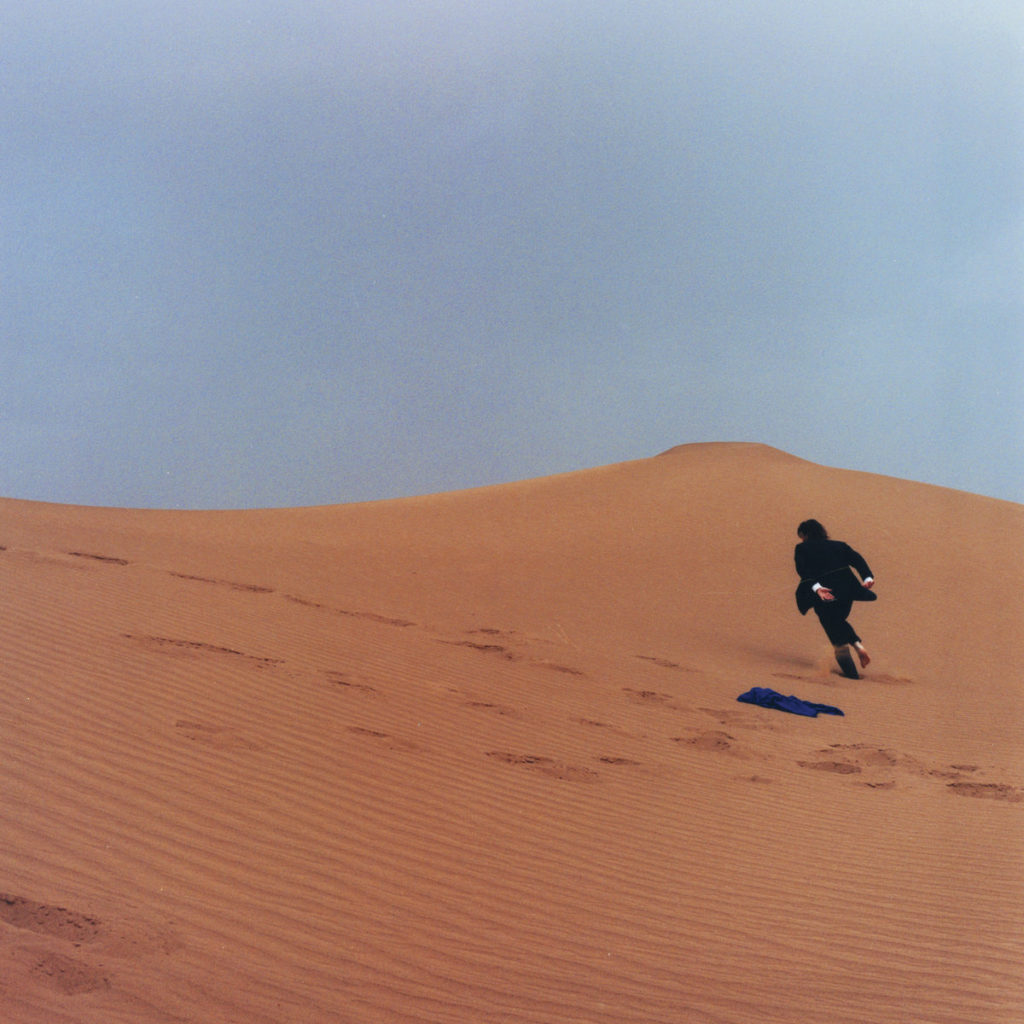 Having dropped his Chet Faker moniker five years ago, Nick Murphy finally returns with a reinvention of sorts in ‘Run Fast Sleep Naked’.

It was 2012 when Nick Murphy’s (then known as Chet Faker) debut EP Thinking In Textures dropped, including a soulful, sexy version of ‘No Diggity’ that seemingly made its way to every single coffee shop playlist at the time. Not too long after, Murphy’s / Faker’s debut record Built On Glass, released in 2014, cemented him as the next biggest Australian musical star next to Kevin Parker, with hits like ‘Gold’ and ‘1998’ still residing somewhere in that sweet, sweet collective memory of classic downtempo electronica. That metaphysical back of the brain bit everyone mostly forgets is there until someone puts on ‘Gold’ at a party at 2am and suddenly everyone’s swooning.

After hitting the ground running in terms of debut success, however, Murphy suddenly announced an indefinite hiatus and that he’s permanently dropping the Chet Faker moniker, choosing to be referred to by his given name. His Instagram over the next four years or so becoming a loosely tied together documentary of him living “the nomadic lifestyle”, travelling around the world, residing in increasingly odd places, looking for inspiration. Finally, Nick Murphy is back from all his soul searching with Run Fast Sleep Naked, an album that reflects the ground he’s trodden these past few years and stands firm as a newfound proclamation of identity. Not completely devoid of the grooves that earned him success as Chet Faker, but with an added fearlessness towards experimentation and less mellow sounds, or even saying things in a less sexy way, where it’s obvious.

If you’ve listened to his previous works, opener ‘Hear It Now’ quickly hits you over the head with how clean Murphy’s voice sounds when he announces “I’m not made of stone.” With no added reverb or vocal effects, it immediately conjures a relative intimacy and vulnerability. Harps, ambient sound effects, and non-traditional percussion follow. Murphy leads us into this new soundscape, one where little sonic material is off limits. “I can hear it now,” he proclaims emphatically, and the listener is strapped in for a journey through the artist’s mental forays for the rest of the record. The track seamlessly flows into the second cut, showing off one of the strong points of the album – it’s near-uninterrupted musical flow, songs perfectly segueing into each other, coherently. ‘Harry Takes Drugs On The Weekend’ sounds increasingly grandiose, strings and otherwise distorted orchestral instrumentation abound, despite the lyrical material. One of those tracks that seem to celebrate the mental destitution this world can invoke in a person, with one of those endlessly uplifting “it’s all life, innit” conclusions.

Run Fast Sleep Naked plays with typically pop-leaning songwriting throughout, but lead single ‘Sanity’ embraces it like a long-lost lover. Were it not for the out-of-nowhere incorporation of bizarre, a la musique concrete, sounds into the breaks of the song, it would sound dangerously close to a DNCE track. Nonetheless, Nick Murphy sounds confident in his musical strides throughout. ‘Sunlight’ sits in that obviously comfortable for Murphy position between new electronica and traditional indie rock-esque songwriting. What elevates in above most contemporaries who play with this mix is the excelling production and a penchant for off-kilter bass riffs and sounds that shouldn’t work in theory but work in practice.

On occasion, Murphy dips into the more experimental end of that balance spectrum, and it’s both where the album’s highlights and its downsides appear. ‘Some People’, for example, is an absolutely gorgeous track, bordering on something Radiohead’s Phil Selway might come up with. Starting off as an up-tempo yet quite mellow acoustic piece, it settles you into the groove, before suddenly, more than halfway through the track, throwing you into a complete glitched-out electronica freak-out. It’s completely unexpected and catches you off-guard, but it works in that perfect way that only something ascending beyond preconceived expectations can work. The break also functions as the aforementioned segue into the following ‘Yeah I Care’. Probably the nearest thing to a genuine alternative track the album offers, which also flirts endlessly with glitch music, to the best possible effect. On the opposite end from these successes, tracks like ‘Novacaine And Coca Cola’ end up meandering for over six minutes without actually deciding if it wants to be experimental or not, or for that matter, even if it wants to rise to some musical conclusion.

All in all, Run Fast Sleep Naked is a rarity of a sophomore album. Under a new moniker, with a completely updated palette of sounds, it doesn’t so much build on its predecessors as takes a giant leap from them, probably in the manner of Murphy righteously sprinting through the sand dunes on the album cover. It plays with a wide array of sounds and production techniques, which somehow manage to all coalesce into a coherent, if not perfect, at least thoroughly engaging whole under Murphy’s and collaborating producer Dave Harrington’s (of Darkside fame) competent direction. It functions as a solid reaffirmation of artistic identity for Nick Murphy, and an introduction into the many possible directions his output might go from here. In a way, all you could ask for from a solid sophomore release. (8/10) (Ellie Wolf)

Listen to Run Fast Sleep Naked by Nick Murphy here via Spotify, and tell us what you think below!