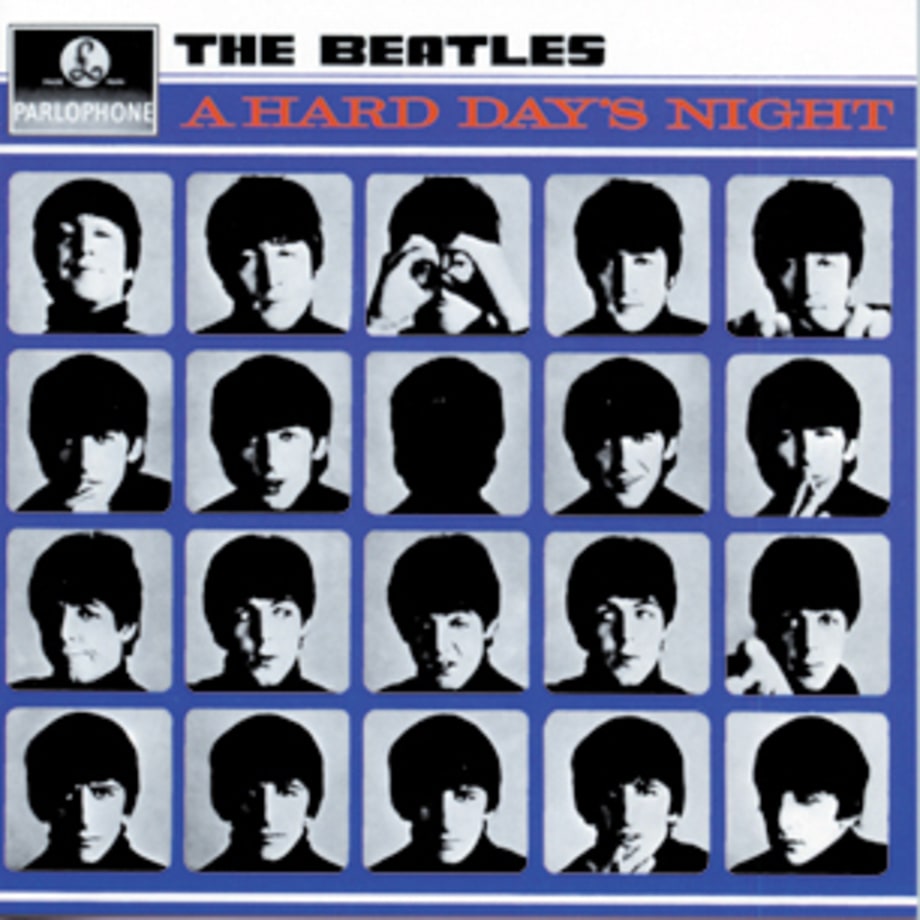 There can’t be that much left to say about the most popular band in the world ever, so I intend to keep this short and sweet. The Beatles’ third album A Hard Day’s Night, named after one of Ringo Starr’s malapropisms (like ‘Tomorrow Never Knows’), was released in July 1964 and helped change the world’s perception of popular music forever.  It’s also unique in the Beatles discography in that it’s the only album not to include a ‘Ringo track’, but there are other more important reasons for its significance.

Coming only 15 months after their debut Please Please Me, their third album was notable for consisting entirely of original Lennon/McCartney compositions. As such, it was one of the very first pop albums to do this. Previously, only folk and jazz artists did such things, and most pop and rock’n’roll albums contained perhaps a couple of self-written hits and were padded out with cover versions of already popular songs. Not only did it move the Beatles from a rock’n’roll act to a pop one, but A Hard Day’s Night effectively changed how pop artists approached the business of making an album, and what audiences could come to expect from their heroes. It would take only a couple of years for artists to get conceptual and forward-thinking about the album format: Brian Wilson and The Beach Boys with Pet Sounds in 1966 and The Beatles themselves with Revolver and Sgt. Pepper’s Lonely Hearts Club Band would help embody this paradigm shift.

The sound of A Hard Day’s Night went on to influence the folk-rock explosion in the States in 1965. The rich, jingle-jangle Byrds guitar sound was partially inspired by George Harrison’s electric guitar on several of the album’s tracks, a step forward permitted by producer George Martin’s use of 4-track recording technology. It caught the attention of Bob Dylan, whom the band met in New York that August on their second US tour. In turn, this meeting of minds helped Dylan throw off the shackles of acoustic folk authenticity a year later with Highway 61 Revisited, and a central plank of psychedelic rock was laid down.

On purely musical terms, A Hard Day’s Night is an impeccably structured half-hour experience. Unstoppable, harmony-laden pop tracks such as ‘Can’t Buy Me Love’, ‘I Should Have Known Better’ and ‘A Hard Day’s Night’ sit snugly alongside a number of acoustic, contemplative moments that demonstrated Lennon’s and McCartney’s versatility (‘If I Fell’, ‘Things We Said Today’, ‘And I Love Her’, ‘I’ll Be Back’). They’d already enjoyed enormous success on the singles chart with ‘She Loves You’ and ‘I Want To Hold Your Hand’, but they could no longer be dismissed as light entertainment fluff by the remaining cynics after A Hard Day’s Night.

The film that it soundtracked, remastered in HD for theatrical release in 2014, was simultaneously an engine for acceleration of pop culture and a mirror reflecting that popularity back, like a documentary about itself. Not only did it sell by the truckload, debuting at number 1 in the UK and staying there for five months before finally being displaced by its successor Beatles For Sale in December 1964. But quite aside from the fabulous music, it lit the blue touch paper for a pop culture revolution and, though The Beatles themselves would go on to make better albums, A Hard Day’s Night is perhaps their most undervalued album. Go back and listen it again, and enjoy the sound of The Beatles at the height of their imperial pop phase.

Listen to A Hard Day’s Night here via Spotify, and tell us what you think below!