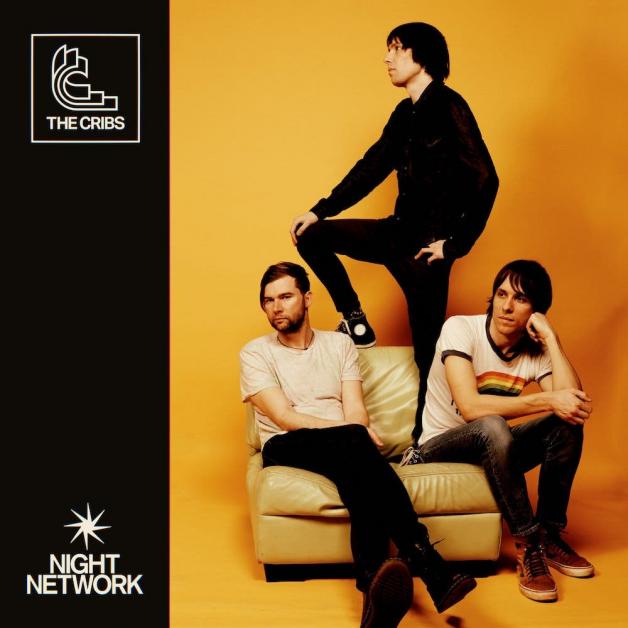 At this point in their career, there’s not much left for The Cribs to achieve, neither in terms of commercial attainment nor the conquering of new creative territory. Their status as one of Britain’s most treasured indie bands has been undisputed for well over a decade, and their loyal cult following coalesced and hardened long ago. Night Network, their eighth full-length, would on the surface of it appear to be Just Another Cribs Album. However, the difficult circumstances of its creation make it one of the Jarman brothers’ most triumphant and defiant efforts to date.

READ MORE: “Never Exist Without Being Generic” – A Beginner’s Guide to The Cribs

Plunged into an enforced hiatus as the result of a hellish legal dispute with their former management regarding the rights to their back catalogue, the very future of The Cribs was up in the air in the aftermath of 2017’s Steve Albini-assisted 24-7 Rock Star Sh*t. Effectively paralysed as an economic unit, it was only the kind offer from Dave Grohl, whom the Wakefield trio knew from supporting Foo Fighters, to record and self-produce some new material at his studio in Los Angeles that got Night Network off the ground in the first place.

What they’ve produced is the most distinctively, classically Cribs-esque album since 2007’s Men’s Needs, Women’s Needs, Whatever, an album that many casual and diehard fans have held up as their finest hour. Signalled by the streamlined, Pixies-influenced indie-rock of lead single ‘Running Into You’, there’s plenty of moments of melodic crossover potential and appeal but which remain firmly grounded in the Jarmans’ resolutely independent, Pacific North-western aesthetic. The scuffed guitars and pounding drums of ‘Screaming In Suburbia’ and ‘She’s My Style’ recall their very earliest work, a pleasing sensation in the context of a group that’s always jealously guarded its independent ethos from the beginning. The slow crawl of ‘The Weather Speaks Your Name’ is reminiscent of Ignore The Ignorant’s ‘City Of Bugs’.

That’s not to say that The Cribs have given up on exploring new sonic and emotional territory. Ryan Jarman’s vocals are pretty consistently higher in register than ever before, almost hitting a sweet falsetto on ‘Running Into You’. That makes the haunted, heartbroken surf-rock of opener ‘Goodbye’, an unexpected curtain-raiser, work as well as it does, and also the gently understated ‘Earl & Duke’. Closing track ‘In The Neon Night’ ends things on an exceptionally strong point, a squalling onslaught leading to sci-fi weirdness and a rambunctious swinging beat.

The battle scars from the Jarmans’ ordeal of the last three years are not so much worn on their sleeves as hidden in plain view on Night Network. It’s there in some of the track titles – ‘Never Thought I’d Feel Again’ and ‘I Don’t Know Who I Am’, for instance – speaking to a fear of a loss of identity and autonomy. That latter song, by the way, notably features the return of legendary Sonic Youth guitarist Lee Ranaldo as a guest vocalist. It’s much more conventional in structure than his memorable turn on ‘Be Safe’ from Men’s Needs…, but his atonal guitar sprays nevertheless underscore a terrific song.

Considering the alienated position The Cribs were in, emotionally jaded and physically prevented from plying their trade, it’s a minor miracle that Night Network exists at all. That it’s as instantly classic as it is, ticking every box that a long-time fan would expect yet stretching itself into new territory and trying the odd unexpected approach, is incredibly heartening and beyond anything even the most optimistic could have anticipated. (8/10) (Ed Biggs)

Listen to Night Network by The Cribs here via Spotify, and tell us what you think below!