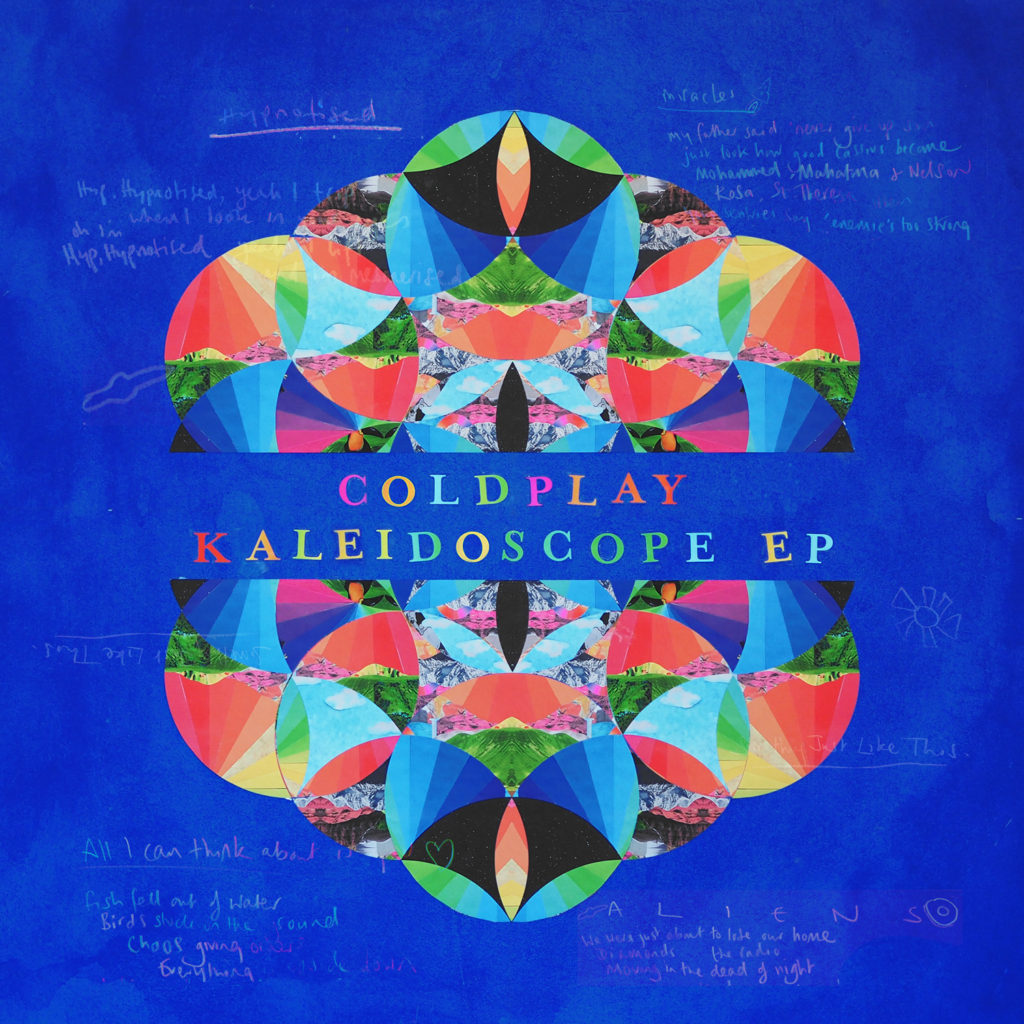 Intended as a companion piece to ‘A Head Full Of Dreams’, Coldplay’s new EP captures them at their best, and at their worst.

The latest act accompanying a seemingly never-ending world tour in support of 2015’s A Head Full Of Dreams, Coldplay’s latest EP Kaleidoscope brings to mind the quote about Alexander The Great weeping for there were no more worlds to conquer. After nearly two decades at the very pinnacle of pop and a cultural ubiquity that allowed them to play the Super Bowl, there’s absolutely nothing at stake in either artistic or commercial terms for Chris Martin and co. any more.

Just like its parent album, Kaleidoscope is a curious and frustrating hotch-potch of artistic ideas that serves as a kind of brain-dump for loose ends rather than a fully-fledged creative statement – indeed, four of its five tracks have already been made available elsewhere. Unlike Prospekt’s March, the EP that acted as overspill for the same ideas as 2008’s Viva La Vida Or Death And All His Friends, this was all written and recorded after the sessions for its ‘parent album’. It houses two of the most interesting Coldplay songs for years, alongside three pieces of evidence ranging from pointless ballast to crimes against music that nail precisely why Coldplay are quite so derided among the critical community.

Martin, having turned 40 this year, is now a veritable elder statesman of pop, but his outlook doesn’t seem to have changed from the lyrical content on display. His predictable, myopic and often insufferably bland style has long since been par for the course, and Coldplay’s M.O. is the same as it’s been for the last decade despite a number of different surface-level approaches. Just like A Head Full Of Dreams, universal and nondescript sentimentality is translated into widescreen rock through beautiful but ultimately empty production that Coldplay patented and dozens of others have copied.

First, the bland tracks. ‘Miracles (Someone Special)’, a collaboration with Big Sean, is a headscratcher but both seem to play off each other well, probably because both he and Martin specialise in saying absolutely nothing in an upbeat and vaguely inspiring way (“we go further than we’ve ever gone”). Closing track ‘Hypnotised’, branded as an ‘EP mix’, is a slightly more spacious take on an existing single that ultimately acts as filler. ‘Something Just Like This’, the garish collaboration with EDM idiots The Chainsmokers that sounds like the death rattle of culture itself, appears as a live recording done in Tokyo on Coldplay’s tour. Even with thousands of people singing it back, it still doesn’t detract from its monolithic awfulness.

However, there are two reminders on Kaleidoscope that Coldplay can genuinely be a band of substance when they put their minds to it. ‘All I Can Think About Is You’ is a downbeat and refreshingly low-key exercise in patience. Compared to its parent album, which was all about cutting to the chase as quickly as possible, this is a dynamic beauty that recalls the quieter moments of 2014’s Ghost Stories and their very earliest work. ‘ALIENS’, a song about the European migration crisis, is even quite touching in its depiction of a family fleeing for dear life. Done in a skittering, 5/4 time signature, it’s a suggestion that Coldplay might have some creative juice left in them underneath their ruthlessly commercial impulses.

Kaleidoscope isn’t going to change anyone’s minds about Coldplay or engender a new musical direction for them in the future – but this wasn’t the object of the exercise. Creatively speaking, it’s not entirely redundant or without ability or charm, but the very vehicle of an EP itself seems a confusing one for a group like this. Alhough it smacks more than a little of a cash-in or a piece of flimsy tour memorabilia, it encapsulates Coldplay at their best and at their most cynical. (5/10) (Ed Biggs)

Listen to Kaleidoscope EP here via Spotify, and tell us what you think below!