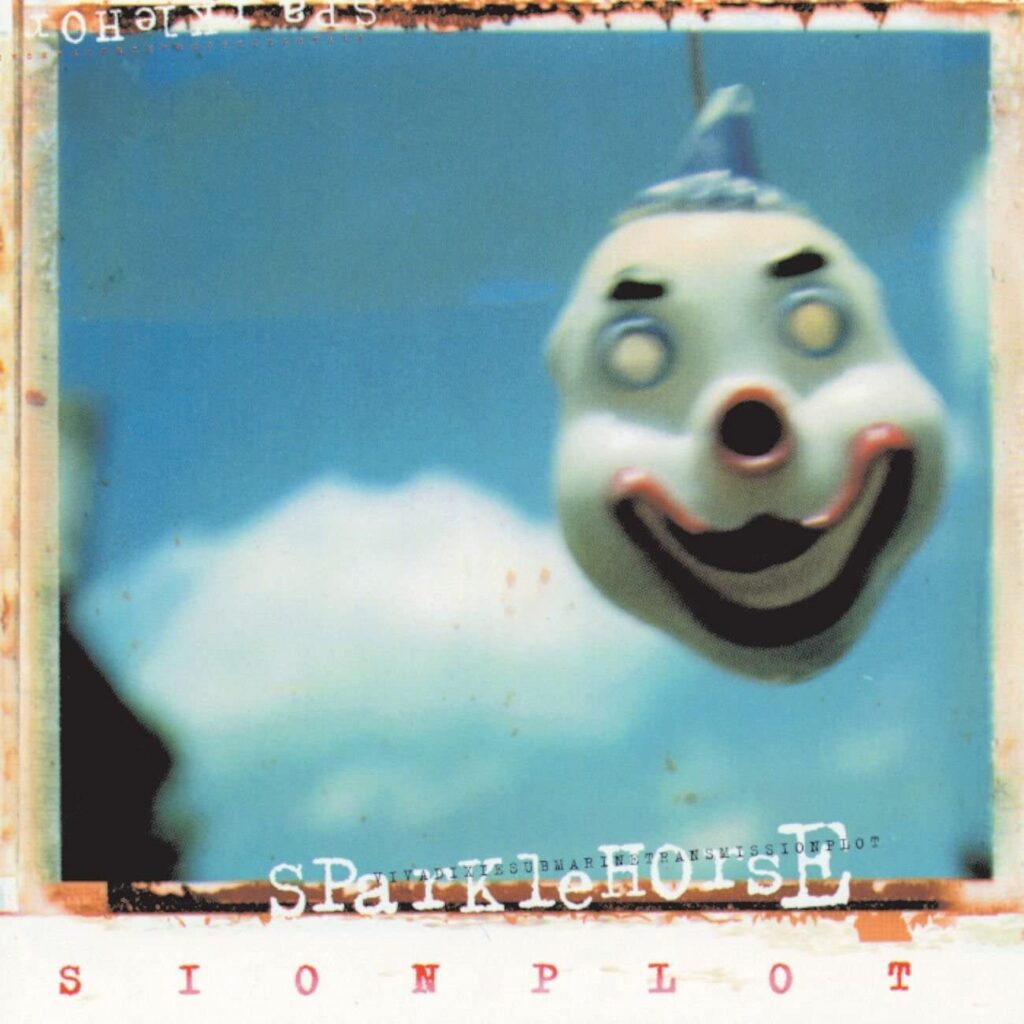 While much is made of the studio in which an album is recorded, and often rightly so, it’s always worth remembering that less conventionally professional surroundings, from bedrooms to disused churches, are just as capable of playing their part in shaping the sound and character of great albums. The case of Mark Linkous and Vivadixiesubmarinetransmissionplot, his first Sparklehorse record released in 1995 and recorded at his run-down farmhouse near Richmond, Virginia, is a perfect illustration of this point – the ambient ‘room noise’ present in this varied gauntlet of recordings of haunted folk-rock and scuzzy lo-fi indie is absolutely essential in explaining its enduring appeal.

Given the subsequent career trajectory on which he took Sparklehorse, through two consecutive masterworks in the shape of the glorious heartache of 1998’s Good Morning Spider and the collegiate, songwriterly poise of 2001’s It’s A Wonderful Life and the huge reputation they maintain, it’s initially tempting to simply dismiss Vivadixie… as a lesser work. Which, in some ways, it is – fewer moments shine with quite the same lustre as the highlights of those records. But it runs those albums very closely indeed, and, unless listeners are familiar with his former bands The Dancing Hoods and Salt Chunk Mary from the late Eighties, it was and remains a splendid, fully-formed introduction to Mark Linkous and his songwriting and singing style.

After those bands’ dissolution, Mark Linkous had fled Los Angeles and relocated Virginia, disillusioned with the music industry and attempting to kick his long-standing drug habit. Connecting with his brother Matt, the two eventually began playing music again, inspired by a traditional Irish group from the city and by what he described as “old-time band music”. Eventually, he crossed paths with former Camper Van Beethoven frontman David Lowery – himself in the process of forming a new band, Cracker – and began laying down a number of sketches for tracks on an eight-track recorder. Together, Linkous and Lowery (the latter under the pseudonym David Charles) put together the music that would become Vivadixie… in the aforementioned farmhouse owned by Lowery, dubbed the Sound of Music Recording Studio and which still operates today.

Admittedly, the idiosyncratic atmosphere you can hear throughout Vivadixiesubmarinetransmissionplot – its strange title named after a dream that Linkous had “about General Lee having a crude submarine back in the Civil War, and [in the dream] I could hear an old-time band playing inside, all distorted by the water” – was at least partly down to Linkous’s untutored approach in the studio, itself borne from him deliberately re-starting from scratch in terms of his songwriting technique.

But it’s also undeniably down to the cosy, improvised and ramshackle environment in which it was made. You can hear the squeaks of fingers of strings, the breaths and exhalations accompanying Linkous’s tremulous vocal performances. Steve Sutherland, writing for the NME back when it was still a respectable publication and not just an uncritical shill for every and any gang of skinny white boys with guitars, summed up Vivadixie… and it’s creator’s aesthetic beautifully: “trapped inside [an] attic where the dust gets in your lungs and the spiders devour flies, where the oil stains on the floor resemble dried blood, and where every disintegrating thing is a mirror to the soul. This is where Mark Linkous lives. He haunts the nooks and crannies of these warped country ballads like a ghost.”

Linkous is simultaneously resigned and raging, at times singing in a nakedly vulnerable sigh yet still determined to find hope and beauty in the minutiae of life, at others backed with blasts of noise that are by turns sun-drenched and jet black. Moments like ‘Homecoming Queen’, with its spacious late-night arrangements, acoustic guitars and Linkous’s cracked vocals, and the gorgeously poised ‘Saturday’ (“I play great keyboards of horses’ teeth”), are frail, cobwebbed folk-rock ballads that have served as cues for the likes of Sufjan Stevens, Phil Elverum and Band Of Horses ever since. The gorgeous ‘Sad And Beautiful World’ remains arguably the album’s most enduring and resonant moment, its title used for Angela Faye Martin’s excellent 2016 documentary film. It’s so fragile that you feel like it might disintegrate if you breathe too loudly in its presence.

The other strand of personality to Vivadixie… is one of shorter, noisier blasts and found sound fragments. The joyful, noisy ‘Rainmaker’, with its crisply distorted drumbeats, and the scruffy yet affecting ‘Tears On Fresh Fruit’ exemplify this approach, with ‘Hammering The Cramps’ serving as a neat, mid-paced compromise between these two broad approaches. The fast-paced ‘Someday I Will Treat You Good’, whose protagonist leaves his girlfriend on the side of the road after an argument, is the closest thing to an accessible radio single, a song that Linkous had written at the end of the Eighties and had spent years finessing. Contrast this to the shambling indie of ‘Weird Sisters’, penned just hours before it was completed in the studio. The slow but grand unfurling of ‘Cow’, at over seven minutes, is a terrific centrepiece with its hallucinatory imagery bordering between the dream-like and nightmarish (“metal teeth of carousels / lighting cigars on electric chairs”).

Lyrically and musically, there’s a distinctly gothic ambience hanging over Vivadixiesubmarinetransmissionplot that seems to suspend these songs out of any kind of specific time and place. Whereas a lot of American alternative rock made in the mid-Nineties does now sound very much of its time, there’s an eternal freshness to Linkous’s Sparklehorse music, largely down to his power in describing his feelings in abstract terms and with memorably vivid and unusual imagery.

Released in the second half of 1995 on Capitol – it’s hard to imagine a major label taking a risk with a character as mercurial as Mark Linkous in today’s industry – Vivadixiesubmarinetransmissionplot was a substantial success on the college radio circuit, also becoming a modest success in Britain and in Europe. It was on the subsequent tour supporting Radiohead in 1996 that Linkous suffered the terrible near-death experience that left him wheelchair-bound for almost a year, an experience that appears to have coloured his outlook on life permanently, as many critics have speculated about 1998’s mournful successor Good Morning Spider and Sparklehorse’s subsequent works. While those albums have always enjoyed a lofty reputation because of this narrative context, it’s worth remembering that Vivadixiesubmarinetransmissionplot was not only where the Sparklehorse story started, but that all the elements that have made Mark Linkous’s writing so enduring were present and correct before that.

Listen to Vivadixiesubmarinetransmissionplot by Sparklehorse here via Spotify, and tell us what you think below!