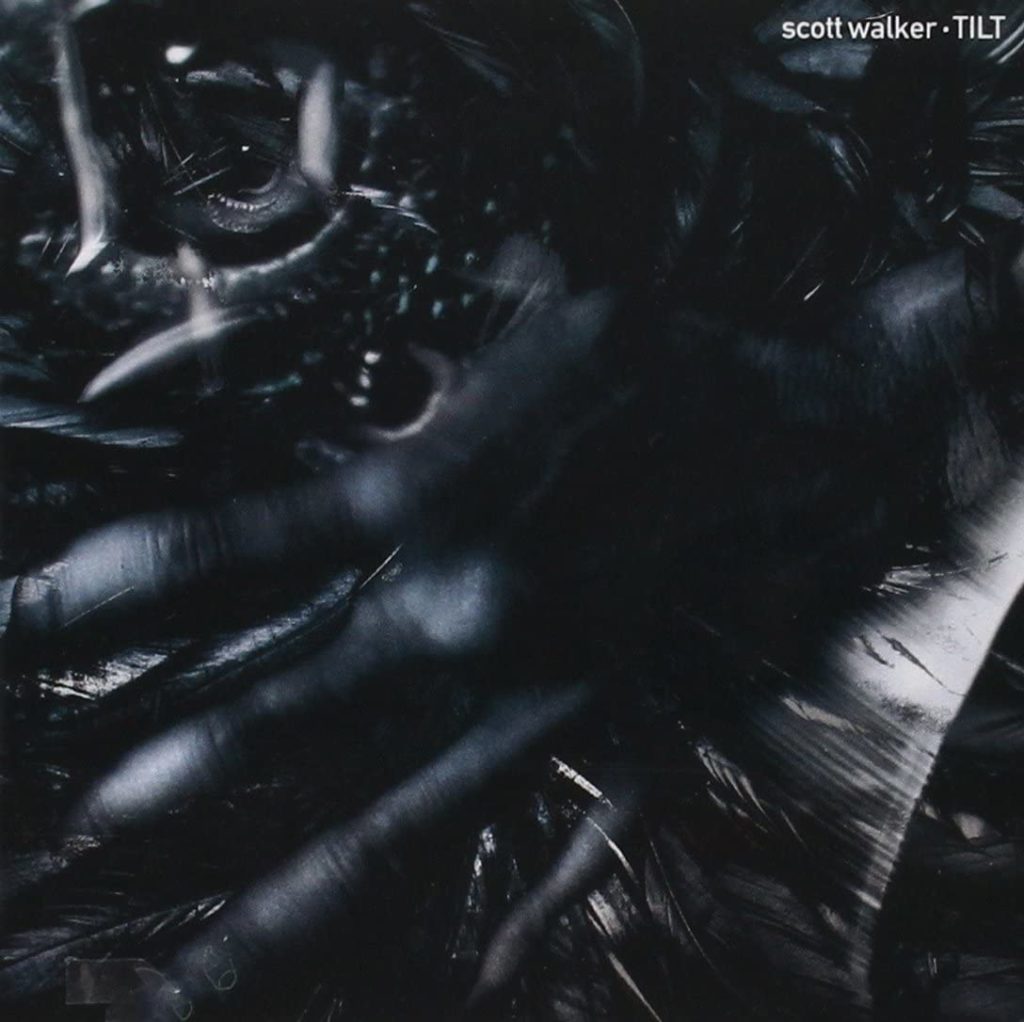 Although it was couldn’t possibly have been more out of step with the times when it was released into the height of Britpop in mid-1995, Scott Walker’s notoriously challenging comeback album Tilt has become one of the era’s most enduring artistic achievements a quarter of a century later. In one regard, the nature of Walker’s avant-garde reinvention made perfect sense given the Nineties’ embrace of the past, a decade in which the ideologically-driven music press’s purges of rock and pop’s old icons following punk was reversed.

It just wasn’t the one that anyone was expecting.

Coming out just a week or so after Oasis had topped the UK Singles Chart for the first time, Tilt made little impression on a self-congratulatory media and a public distracted by cultural triumphalism. With the majority of its tracks tipping the six-minute mark, full of abstruse imagery delivered in melodic fragments and sung entirely in a register significantly higher than Walker’s natural vocal range, it was too difficult, offering the listener virtually nothing by way of easy answers or ways in. But for those who were receptive, Tilt was one of the most bold and striking albums of any era, let alone the Nineties.

PLAYLIST: An Introduction to Scott Walker

It’s worth considering just how ex nihilo that Walker’s comeback was. When it arrived, Tilt was Scott Walker’s first album for 11 years. His previous release, 1984’s Climate Of Hunter, had sold so few copies that it has long been rumoured to be Virgin’s lowest-selling album of all time. Walker then retreated into a lengthy exile from public life, his profile and mythology gradually growing in his absence. Ageing pop stars and former teen idols making new records after decades out of the game simply don’t sound like this. They usually make forgettable records that cleave closely to the established formulas that earned them their fanbase in the first place, not minimalistic, avant-garde song cycles bearing impressionistic artwork that looks like a still from a half-remembered nightmare.

But as The Quietus pointed out in last year’s obituary for Walker, you could more easily understand Tilt as a different formulation – albeit a rather radical one – on an artistic vision that Walker had been pursuing ever since he first quit The Walker Brothers in the mid-Sixties. Right from the Brecht and Weill-influenced chamber-pop balladry of his exceptional quartet of Scott albums around the turn of the Seventies, he had always been influenced by European art, film and literature, and let them inform his work to a greater or lesser degree ever since. The most direct precedent for Tilt in Walker’s back catalogue was the one-off Walker Brothers reunion, 1978’s Nite Flights. Listening back to the harrowing ‘The Electrician’, in particular, the more it seems like a precursor to the more malevolent parts of this album.

Lyrically, Tilt is difficult to parse, as Walker sings in delicately pronounced fragments and non-sequiturs whose violent content jars with the nature of the delivery. In his deliberately strained baritone, his expression is animated yet terrified. Take the BDSM imageries in the viscerally intense second track ‘The Cockfighter’, which seems to describe power relations within sexual and personal relationships. Elsewhere in Tilt, these same power dynamics are conflated with the exercising of political power in songs like ‘Bolivia ‘95’, concerning South and Central American refugees and set to a blood-chilling, dead-of-night ambience that later blooms into atonal violin soundscapes reminiscent of Krystof Penderecki. Opening track ‘Farmer In The City’ comes on like some weird modernist death march, with Walker making allusions to the murder of controversial Italian filmmaker and poet Pier Paolo Pasolini, crying “Do I hear 21? 21? 21?” like some undead auctioneer of people’s souls. Walker’s words are like a spectre hanging over proceedings, haunting them.

It seems to be an abstract commentary on human nature, of mankind’s propensity towards brutality, authoritarianism and evil when left unchecked. These lyrical motifs are often given more direct expression by the music itself, which consists of elongated periods of sparse, cold ambience punctuated by inhuman drones, industrial death-march percussion and atonal eruptions of mechanical noise. The insistent pulse underpinning ‘Bouncer See Bouncer’, the sinister drumbeat of ‘Manhattan’ and the deeply atmospheric ‘Patriot (A Single)’ where the lone chirrup of a piccolo stands in stark contrast to the slate-grey musical surroundings. ‘Tilt’ is the most conventional piece on the record, but even this has only faintest of rock drumbeats underneath the electric, atonal peaks.

It all adds up to one of the most impenetrable and cryptic works of Walker’s career, but, oddly, probably the album of his that you most want to press play and listen to again immediately – even if just to check if you heard all of that correctly. Even for his staunchest supporters, it must have come as a serious surprise. Operating at a similarly sparse level of output, Walker put out two similarly breathtaking successors to Tilt that formed a loose trilogy – The Drift in 2006, and Bish Bosch in 2012. A collaboration with doom-metal outfit Sunn O))) titled Soused followed in 2014, then two soundtracks for 2016’s The Childhood Of A Leader and 2018’s Vox Lux respectively before Walker’s death in early 2019. While the balladry of his early career was focussed upon by the mainstream press, many fellow artists praised Walker’s avant-garde late career. Tilt was the beginning of that majestic era.

Listen to Tilt by Scott Walker here via Spotify, and tell us what you think below!