PLAYLIST: An Introduction to Scott Walker 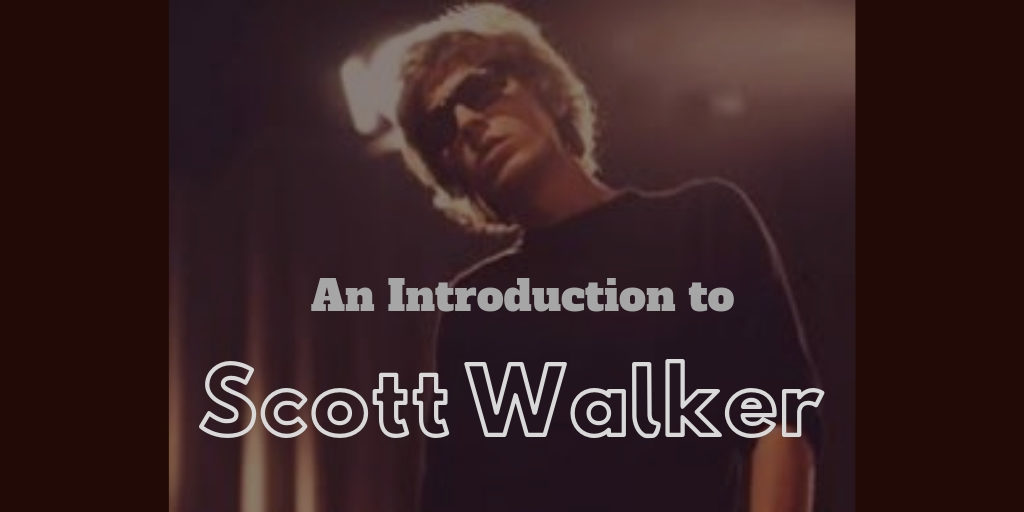 Dozens of icons of the world of independent and alternative music, as well as many in the world of pop, paid tribute to Scott Walker upon the announcement of his death on March 25th at the age of 76. Over a fifty-year career that saw him transform from teen pop idol to avant-garde auteur, via a series of incredible albums of orchestral pop and protracted period of silence, the American-born star has touched the hearts of countless listeners and fellow musicians.

Born Noel Scott Engel in Los Angeles in 1943, Walker spent his formative years as an accomplished musician but initially wanted to be an actor. However, he formed The Walker Brothers (confusingly, with two people named Gary Leeds and John Maus) in the early Sixties and found enormous fame quickly, particularly in Britain, where a string of chart-topping hits like ‘Make It Easy On Yourself’ and ‘The Sun Ain’t Gonna Shine Anymore’ made them briefly as big as The Beatles.

But although he had found transatlantic fame and fortune at a young age, Walker’s new-found status always sat uncomfortably with him. In 1967, at the height of The Walker Brothers’ fame, he broke up the band and retreated to a monastery on the Isle of Wight. He hadn’t had a nervous breakdown, though, but had decided to study Gregorian chant, the kind of sudden leftfield manoeuvre that would characterize his career. Walker was directionless until his girlfriend introduced to him to the work of Jacques Brel, whose dark and existentialist torch ballads informed his dazzling run of four Scott albums in the late Sixties, and the work that was arguably his most influential.

Culminating in 1969’s brilliant Scott 4, Walker consistently delivered lush chamber pop augmented by orchestras, his lyrics spanning psychology, philosophy and social observation, told through characters that tended to come from the margins of the world – tranvestites, prostitutes, doomed young men and folkloric and historical figures. It was a sound that was paid tribute to by the BBC at the 2017 Proms, in an evening that saw the likes of Jarvis Cocker, John Grant and Richard Hawley faithfully reinterpret the songs of a man who had had such a huge influence on their careers.

However, notwithstanding their brilliance and high regard in which they’re now held, the Scott albums lost Walker quite a lot of his audience, and eventually his fortunes began to decline with the onset of the Seventies, beginning with 1970’s ‘Til The Band Comes In that fatally split critical and popular opinion alike. There followed a series of rather confusing cover albums and MOR collections, before he surprisingly reformed The Walker Brothers, this time as a much more experimental outfit. It’s genuinely mind-boggling to hear a track like ‘The Electrician’ and realise it’s the work of the same people who sang chart-topping hits barely over a decade previously. A handful of albums, including Nite Flights, were produced before Walker’s 1984 solo album Climate Of Hunter registered as a commercial disaster upon the resumption of his solo career. Rumoured to be Virgin’s lowest-selling album of all time, it prompted a lengthy period of complete silence.

When Scott Walker eventually re-surfaced in the mid-Nineties, it was as a different kind of artist altogether. Beginning with 1995’s breathtaking Tilt, a collection of oblique tone poems that the word ‘challenging’ barely does any justice to, Walker embraced the avant-garde wholeheartedly. The album made up the first of three loosely connected records of a similar tenor – 2006’s The Drift and 2012’s Bish Bosch completed the trilogy, in addition to 2014’s wonderful Soused made in collaboration with American experimental metal band Sunn O))). While he was largely silent and refused to be drawn on the meanings behind his left-field masterpieces – one hates to use the word ‘recluse’ – he found time to produce Pulp’s final album We Love Life in 2001, a major coup and a personal thrill for Jarvis Cocker.

All of this may seem like the product of a fragmented and perfectionist mind, the long gaps between albums in the latter part of Walker’s career seeming to overly emphasise the sonic shifts between each release. However, as The Quietus’ obituary pointed out, the distinctions between the various phases of his career are largely arbitrary, and there’s a faint but nevertheless definite thread of continuity running between his earliest work right the way through to his final releases, the soundtracks to The Death Of A Leader and Natalie Portman’s Vox Lux.

Any artist who has sought to express themselves differently on stage, or to risk commercial fortunes in the name of artistic credibility, has Scott Walker to thank as an influence, a guiding light. Artists ranging from long-established icons like David Bowie and Leonard Cohen to modern-day experimentalists like These New Puritans have variously taken cues from Walker, both in terms of his amazing vocal style and the manner in which he composed the music behind it.

If you’re a newcomer to his work, or you want to enjoy some of his finest moments, please enjoy our Introduction to Scott Walker playlist over at Spotify or by scrolling below.