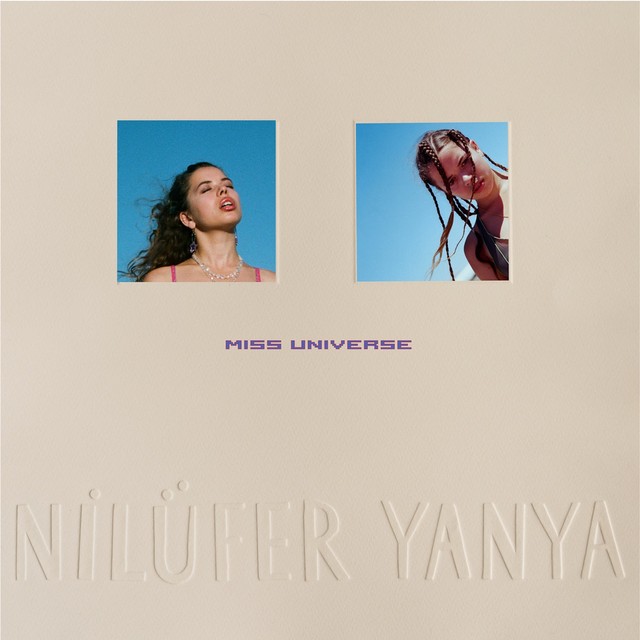 If you’re looking for ‘the next big thing’ in terms of brilliant, contemporary songwriting with a soulful twinge, look no further – the Londoner Nilüfer Yanya on her debut album Miss Universe is all you need. Sounds terrible, I know – who really wants to become the seasonal token offering for the masses as the new ‘hip’ thing, bringing musical satisfaction to ‘hipsters’ and the like (who even uses that word anymore?) but that’s how Yanya been touted in some quarters. Yet, this 23 year old has both mainstream radio appeal and creative heftiness in themes of anxiety and paranoia of Miss Universe, where husky vocals meet ‘80s drum machines and airy guitar melodies simmering in.

Melancholic yet bright, the various styles and moods of Miss Universe are mixed masterfully and result in Yanya’s music leaving an aftertaste that keeps one hungry in the best way. Sleazy sax, angelic vocalizations alongside Yanya’s distinct yowl, a touch of irony with the whole ‘wellness’ shtick… what’s that you say? “Thank you for entering your details and welcome to WWAY HEALTH™, our 24/7 care program. We are here for you; we care for you; we worry about you so you don’t have to.” An imaginary health and wellbeing organisation, WWAY HEALTH is something Nilüfer Yanya conjured to match the underlying ‘I feel like I’m being watched’ theme of the whole album, letting this sinister organisation whose full name is “We Worry About Your Health” pose an obvious threat, while tying up with the reality of modern living where spirituality and mindfulness is as much a consumer product as a new car.

Whether it conceptually works or not is for each listener to decide, but there’s little argument when it comes to Yanya’s songs. Melody and subtle groove at the forefront, everything else carefully tucked away to support – songs like ‘In Your Head’, ‘Baby Blu’ and lead single ‘Heavyweight Champion Of The Year’ all present an unfiltered inner monologue of the contemporary adolescent, both brash and honest as much as it is emotional and uncertain in brilliant, modern form. The guitar of Nilüfer Yanya has many outfits – it’s indie, it’s alt rock, it’s a tiny bit King Krule – but it ultimately serves her and her music rather than any stylistic ambitions that would aim to jump higher than one is capable of.

Nilüfer Yanya is definitely one to look out for, whether you’re after new indie rock, a fresh voice in the music scene with a unique perspective or simply something to soundtrack a melancholic spring day. Yanya’s music seems to find a way to resonate with each, be it in the way her song ‘Small Crimes’, inspired by the time somebody stole her bike, attracting initial attention with its brilliant simplicity, or her lauded by many, current to-be hit ‘In Your Head’ off Miss Universe. The record itself might have a few caveats like the debatable use of spoken interludes that can throw one off at times, but overall, Miss Universe is an impressive debut. (7/10) (Aiste Samuchovaite)

Listen to Miss Universe by Nilüfer Yanya here via Spotify, and tell us what you think below!