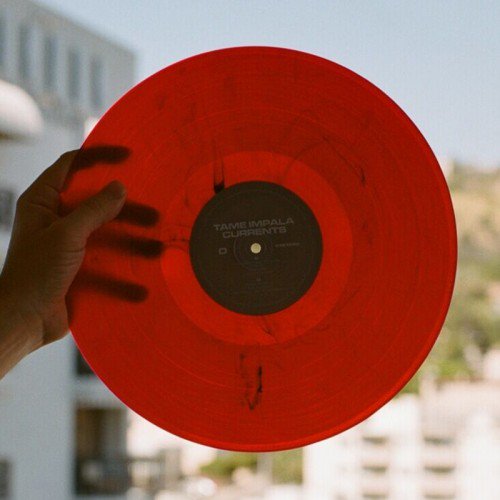 ‘Sorry about the wait…….’ was the annotation posted on Tame Impala’s Instagram on October 24th, alongside a photograph of lyric booklets and red vinyl sprawled on a table. Fans rejoice, confetti cannons fire, the world implodes in anticipation, sirens in the distance. Kevin Parker is finally blessing us with new material.

The post linked to the band’s official website, that now had a video as a preface of the psychedelia guru extraordinaire singlehandedly constructing a Jam™, which the video montage frames as completely effortless through cutaways of him sipping wine and playing drums on a sunlit porch. It plays like a nearly humorously romanticised highlights reel of the recording process of the band’s 2015 album Currents, and if you’ve read up anything on the famously hermetic gestation of the original album, you’ll know that a less trailer-esque documentary of the experience would be continuously intercut with Parker having nervous breakdowns and obsessively tweaking every little bit of sound with the mannerisms of the highest level of control freak/perfectionist. It functions well enough as a way to drive hype for collector’s edition re-issue of Currents though. It might not be a complete new LP, but we’ll take it.

When Currents first came out in 2015, after its release date was pushed back several times due to Parker’s obsessiveness over the minor details of the album, it quickly garnered widespread critical acclaim and ended up on nearly every top albums of the year list. The core theme of change, meta-reflected by the musical shift from guitar-oriented psych-rock of 2010’s Innerspeaker and 2012’s Lonerism, to a more dance influenced synth-led sound, seemed to resonate with audiences. And why wouldn’t it. The genius of the thematic undercurrent of Currents (sorry) was how all-encompassing and relatable it is. It’s the currents underneath our psyche that are always shifting, evolving. It’s life.

A lot of reviews at the time seemed to peg the album as a break-up one, relating it to Parker’s at the time recent split with Melody Prochet of Melody’s Echo Chamber. But while Currents is undoubtedly filled with insights and reflections on exes and ended relationships, the most obvious one being ‘Eventually’, it manages to encompass much more than that. As Parker himself summed up: “It’s more about this idea that you’re being pulled into another place that’s not better or worse. It’s just different. And you can’t control it. There are these currents within you.”

The first single ‘Let It Happen’ is a perfect encapsulation of everything great about the album, and is probably deserving of its own essay. In every aspect of lyrics, music and mixing, the theme of change permeates the song. “All this running around / I can’t fight it much longer / Something’s trying to get out / And it’s never been closer”, Parker sings before the song progresses into one of the best bridges in recent memory, which actually serves a narrative purpose in the structure, rather than just being there because a pop song has to have a bridge. A repeating synth line that begins progressively glitching as it goes along until coming to a section where a small part of it starts looping, producing an affect like that of a skipping CD. The section continues for more than a full minute, very gradually shifting and evolving, almost like it’s breathing, until it finally breaks and changes, and if that’s not amazingly metaphorically resonant I don’t know what is.

While there really isn’t a bad song on the album, special honourable mentions also go to ‘Yes I’m Changing’, about which Andrew Unterberger very insightfully wrote: ‘Currents finds Parker the singer-songwriter coming to the epiphany that no amount of pitch- and time-shifting will screw with your perception of reality as much as a lyric that’s as direct and true as “They say people never change but that’s bulls**t / They do.”’ The aforementioned ‘Eventually’, for the most refreshingly non-bitter break up song. And ‘The Less I Know The Better’ which as a single single-handedly demolishes the notion that there is “no ‘Elephant’ in the room” on Currents.

That brings us back to the re-issue of the already classic album and where the new songs fit in in an album that’s as meticulously crafted as this one. Starting off with the first, and so far, most-discussed new song of the re-issue – ‘List Of People (To Try And Forget About)’. In a recent interview Parker revealed that the song was written at the end of the recording sessions for Lonerism, so it ends up in a liminal stage between Parker’s previous musical leanings and his new vision for Currents. His reasoning for the song not ending up on the final track list for the album, even though he himself remarks that he thought about it as a single, was that it was written so early in the process of creating the record that by the time he was finishing up the recording process he was “over it”. Despite this, the song fits perfectly into Currents, and is commendable for not really sounding like a B-side at all. As per the general sonic aesthetic of its parent album, it is synth-led, groove-driven, and with clearly discernible vocals. With a rather simple structure and catchy chorus, it’s about as single-y as a Tame Impala song gets.

‘Powerlines’ is another one of the three in total new tracks added for the re-issue. It is also the one that Parker was shown recording in the promotional video for the release (which it alludes to by mixing in the ticking of the metronome into the track itself). It’s more of a stretched out musical interlude than a song, in the vein of ‘Gossip’ and to some extent ‘Nangs’. Distorted bass and reverberant guitar abound, it is a little reminiscent of early Tame Impala instrumentals, such as ‘Jeremy’s Storm’. Provided you replace the main guitar riffs with oscillating glimmering synthesizers. Watching the promotional video about a hundred times is most likely a big factor in the enjoyment of this one, as you can never quite shake the image of Parker layering instrument after instrument, wine glass in-hand, until he achieves near psychedelic-trip perfection.

‘Taxi’s Here’, the final of the new tracks, and a personal favourite, is quite sparse in comparison to the previously discussed cuts, really only kicking into a full-blown psychedelic instrumental at a little over two minutes. While none of the new tracks clash with the overall theme of the album, ‘Taxi’s Here’ is perhaps the most thematically fitting into its context, with Parker singing “There’s so much / Left unclear / But it’s time / Taxi’s here” before the song literally cuts to the sound of getting into a taxi while the music fades out as you drive away, presumably to wherever your inner currents are taking you. It’s almost a shame that it wasn’t on the original album, thinking how well it would have lyrically fit in after, for example, ‘Past Life’.

There’s also two remixes on the new-and-improved track list: ‘Reality In Motion’ as remixed by Gum and a ‘Let It Happen’ remix by Soulwax. The first one is surprisingly decent, providing if nothing else a reasonably interesting arrangement for a rave of the song. The second one also goes for the music-to-dance-to approach, as most remixes do, and isn’t bad at that, but at the same time completely destroys the song’s structure and, consequentially, half of its musical meaning. In the end though, both of these are just fun little creator-approved additional interpretations to give a re-issue more content value. Like a more respectable version of a Twitter shout out.

“Why should albums exist these days?” is what I ask myself. And I guess the way for me to answer that question is to have this complete picture, like with a whole narrative that fits together.” – said Parker in his interview with Paste magazine. His outlook is indubitably reflected on Currents, which has been likened to other concept album masterpieces such as Kid A or Loveless. And it is particularly pleasing that the thematic thread still flows nearly perfectly with the addition of new tracks on the re-issue. One could even go the extra meta mile and say that the album itself literally changed. “Think of these as the runts of the litter…. Still my babies, still important, still beautiful in their own weird way. Got off to a slow start, didn’t quite fit in, didn’t grow up in time. Got there in the end” – as summed up by another post on the band’s Instagram page.

One of the best aspects of Tame Impala as a band is that the music is anything but simply revivalist. While it definitely pays its dues to the classic psychedelia albums of the 60s and early 70s, it manages to take the sound in a completely new direction, pulling from other sources of infinite grooves, like R&B and dance music. Currents is and continues to be, at least and hopefully only at this point in time, the best case study of this.

Check out Currents B-sides & Remixes by Tame Impala here via Spotify, and tell us what you think below!