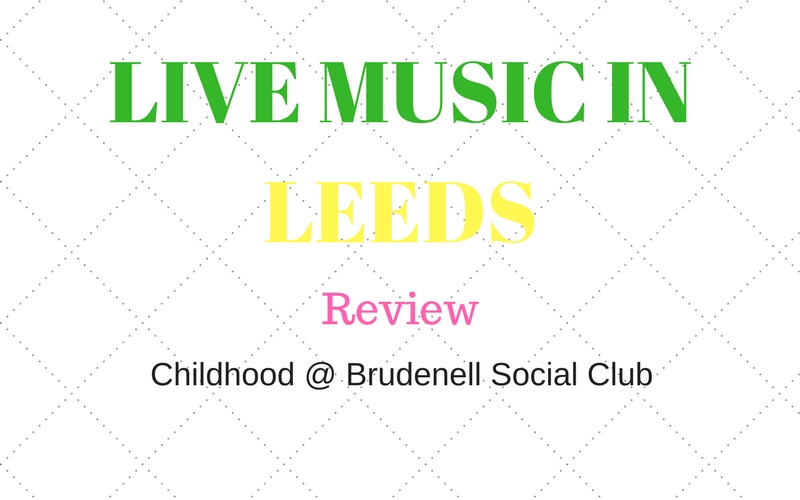 It was an electrifying night at the Brudenell Social Club, when Childhood took over the stage in one of the most popular music venues in Leeds. The band’s origins lie in Nottingham, where Childhood was formed by Ben Romans-Hopcraft and Leo Dobsen in 2010. Today, they’re touring with two full-length albums, including this year’s sophomore effort Universal High, under their belt and it would be a shame not to see them perform live.

The energy that Childhood create on stage is almost overpowering – from the very first to the very last song a euphoric atmosphere was dominating the room. It was good to see the band live up to the hype which has been created around them in the past few years. Childhood have gained the reputation of potentially being one of Britain’s guitar music saviours, although they have never seemed to take such responsibility very seriously. Their minds seem to be wrapped around the idea of creating a show on their own, unique terms, with a twist of soulful grooves and some old-school pop influences.

On the night, Childhood didn’t disappoint in any way, showing their passion for music through every song and performing them with much needed vigour, on such a cold, autumn night. It was great to see a large and enthusiastic crowd supporting the band during the gig, with many people dancing and giving their energy back to the performers. Lead singer Romans-Hopcraft was more than entertaining with his charismatic presence and spontaneous moves. Some of the best tunes from both albums could be heard, including ‘Blue Velvet’ and ‘California Light’, pleasing everyone, regardless of whether they heard Childhood’s music before or not.