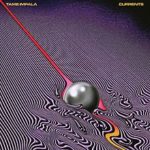 As the auteur behind Tame Impala, arguably the most celebrated new guitar band of the 2010s, Kevin Parker is nothing but an experimentalist. As soon as the world had begun to demand more of his retro brand of ’60s-inspired nu-psychedelia after the critical and commercial triumph of 2012’s Lonerism, he announced that he was jumping lilypads to a sound that is more synth than fuzz; more hipster, less hippie. The same sunshine infusion that is in the Perth group’s DNA is still very much a fixture of third album Currents, but they’ve taken the party from the beach to the disco for a fun-filled night of synth-pop, and the shift is thematic as well as musical.

As ever, Parker operated pretty much entirely by himself in the studio, recording and producing Currents with minimal help from other musicians – the band you see on tour is a rotating cast of hired guns – and that monomania produces a stunningly singular piece of album-oriented rock that cements his reputation as one of the most gifted songwriters of his generation. But as the NME quipped in an early review, “there is no ‘Elephant’ in the room”, and it’s true – the one thing that Currents does arguably lack is a three-minute, chart-courting radio single to really catch the public imagination. But Tame Impala was at a crossroads anyway – take the easy route and make more psych-rock, or use his platform to challenge his audience. However, this lysergically-tinged take on resplendent ‘80s yacht rock hasn’t stopped it from securing Tame Impala a first UK Top Ten album (No.3).

Eight-minute opener ‘Let It Happen’ signals the sonic shift straightaway, an epic piece which mixes echoey, vague lyrics, blipping keys, and controlled guitar bursts, all connected by an ingenious passage which for 10 seconds sounds like a needle stuck in the groove of a record. It’s very much more honed than before, like clear fresh air where its predecessors were smoky and humid, with the drum sounds much cleaner and accented with hip-hop-style production where before they sounded dirty. This sounds like many of the key building blocks of Tame Impala’s success up until this point have been abandoned, but actually you don’t miss them, and this is testament to Parker’s songcraft.

A brace of beautiful pop moments follow shortly after, with the jubilant shuffle and groove of ‘The Moment’ followed by the updated Beach Boys fantasia of ‘Yes I’m Changing’, a track that offers insight into a new state of mind behind Parker’s music on Currents. This time, positivity and determination are the outcome of his introversion and indecision: “there is another future waiting there for you… there’s a world out there / and it’s calling my name” he sings in his Lennon-esque falsetto, which hasn’t changed a bit. Soul and R&B have more of a say this time, as if Parker’s pop impulses have been unleashed by the use of synth over guitar. The bass is much more prominent this time around, which was one of the more underrated facets of Tame’s original sound. Here, they act as the engine, leaving the bright, vivid synths and Parker’s waif-like voice to do their work.

Interlude ‘Gossip’ flutters with synths and soft electric guitar noodlings before the animated flurry of heartbreak track ‘Eventually’, which may or may not have something to do with Parker’s ex, Melody Prochet (of Melody’s Echo Chamber). ‘’Cause I’m A Man’, one of the most accessible things Parker’s ever written, veers into Michael Jackson territory, with falsetto vocals, cheesy chimes and a woody bass as he makes an apologetic analysis of the selfish part of the male psyche. However, when the chorus kicks in, it’s pure trademark Tame guitars. ‘Reality In Motion’ builds slowly before shattering into a kaleidoscopic outro, and the weird abstractions of ‘Past Life’, with their slowed-down spoken word parts, make for an interesting change of atmosphere just before the final third of the album.

The change in sound works so well because Parker makes it so easy for the listener to come along with him on this journey. Those simply wanting more of Lonerism and Innerspeaker will be initially disappointed, finding themselves craving the same guitar wizardry only to be drip-fed throughout until the final release on Led Zeppelin-esque closer ‘New Person, Same Old Mistakes’, one of the record’s many ecstatic peaks. The album is generous with its euphoric melodies and, despite the pronounced difference between Currents and its 2012 predecessor, established fans will nonetheless find plenty to love, with weirdness, experimentation and the talented production they’ve come to expect, as long as they accept the aesthetic shift. (9/10)