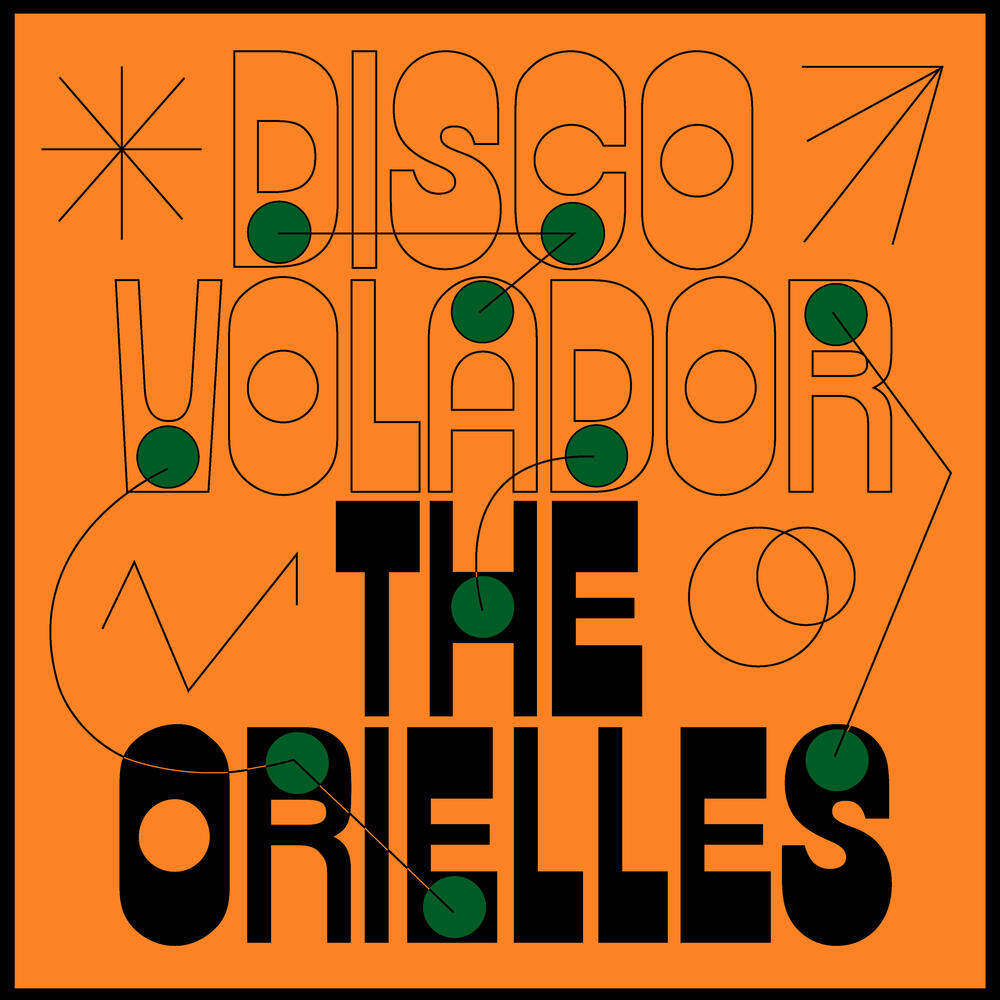 Hitting a sweet spot between indie, funk and psych-rock, ‘Disco Volador’ is an infectious triumph for The Orielles.

The Orielles are on a mission to “push the sonic horizon”, as they put it, and it’s fair to say that their second full-length album release is certainly a step out into new territory. Blending indie disco with some tasty space-rock effects and trickery, expanding the sound they established with their buzz-generating debut Silver Dollar Moment two years ago, the Halifax three-piece have without a doubt written their funkiest, trippiest collection of songs to date, and have managed to capture them, cook ‘em up, and serve them to us as Disco Volador.

It’s a perfectly executed mix of indie-pop, funk and psychedelic disco, the stylistic features of which blend together seamlessly. Throughout the album you can hear sonic refences to some prolific funk artists of the Seventies that clearly provided inspiration for The Orielles. Stand-out tracks include the opener ‘Come Down On Jupiter’, which successfully brings the funky, polyrhythmical sound of Talking Heads into the 21st century, and ‘Bobbi’s Second World’, which is uncannily reminiscent of classic-era Parliament/Funkadelic and mid-Seventies Zappa. The vocals of singer/bassist Esme Dee Hand-Halford give The Orielles such a refreshing stripped-back feel, despite the excellent standards of production on all the lead and backing vocal parts. It’s that punky vocal tone and sometimes uncompromisingly casual delivery that keeps The Orielles grounded in reality – just. Throughout the album, the vocals are often embellished with a quick hit of slap-back delay to punctuate the ends of some of the lines, sending the final syllables bouncing around your head like a ricocheting bullet.

The psychedelics don’t stop there – in fact, it’s that sweet spot between funk and psych that The Orielles have found that makes Disco Volador such a pleasure to listen to. An excellent example of the quick yet subtle sonic freak-outs can be found at the beginning of ‘Whilst The Flowers Look’. The track starts with ominous oscillations that make you feel like you’re being pulled up by a tractor beam into an alien spacecraft, and naturally this sensation is quite unnerving. However, when the drum beat kicks in, The Orielles immediately reassure you that there’s no need to panic, and instead persuade you to just kick back and see where their spaceship takes you.

The tone of this album could not be better, and pushes The Orielles into the highest echelon of modern British indie. Disco Volador is intricate yet extremely easy on the ear, and the tight production rivals that of other well-established funk/indie disco artists like Vulfpeck; clean and smooth, yet never over-polished. Warm and swirling, yet quite soft in places, itfeels like the audio equivalent of candy floss. It ticks all the boxes, the euphoric, reverb-soaked highs of an indie-disco anthem, the tight grooves of modern funk, and just that little bit of grassroots grit. (9/10) (Jacob Kendrew)

Listen to Disco Volador by The Orielles here via Spotify, and tell us what you think below!