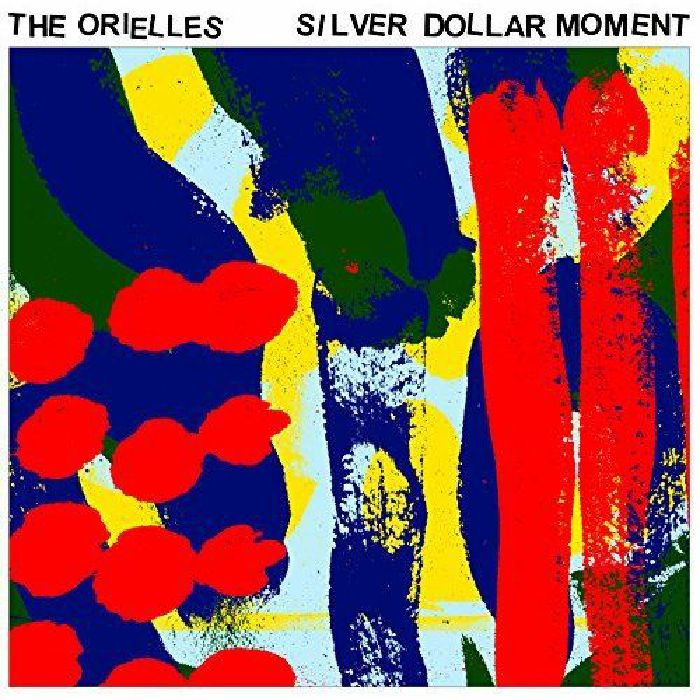 The Orielles’ debut album ‘Silver Dollar Moment’ is a sparky, quick-fix of garage-rock energy refracted through the lens of classic pop.

Halifax’s The Orielles describe themselves in one simple phrase on their Spotify biography: ‘post-disco punk’. This phrase encapsulates one of the band’s most prominent features – their ability to shamelessly invoke the music that inspired them. The trio consists of sisters Sidonie B and Esmé Dee Hand-Halford and their best friend, Henry Carlyle Wade. Their meeting is an all-too-familiar tale for young indie bands, forming at a house party and bonding over their love for Sonic Youth, Pixies and Tarantino movies. After extensively gigging and mastering the art of performance, The Orielles confidently establish themselves as a Sixties-inspired surf-pop band on their idiosyncratic debut Silver Dollar Moment.

The band’s first single after signing to Heavenly Recordings was ‘Sugar Tastes Like Salt’, the song is a fruitful eight-minute introduction into the character of the band. The title of the song itself is a cheeky nod to the quote “Well, ain’t you so sweet that you make sugar taste just like salt!” from the Tarantino film Death Proof.

Silver Dollar Moment shows the band’s progression into becoming a more concise, refined version of themselves, and there’s not a single song that outstays its welcome. Rather, the album seems designed for easy listening and instant gratification. There’s nothing wrong with similarity in songs if they are constructed well, it’s simply consistency.

The melodies are beautifully composed, and lyrically there is a focus on creating simple, playful hooks for each song. Like on the track, ‘Sunflower Seeds’, Esme’s imperfect vocals are kindred to the innocence of nursery rhymes. ‘The Sound Of Liminal Spaces’ runs for 87 seconds and neatly emerges from the previous track ‘Liminal Space’. The Orielles are not pre-occupied with sounding different or new. Instead they bask in creating 45 minutes of tasteful, hypnotic indie rock in the most endearing and encapsulating way. (7/10) (Benita Barden)

Listen to Silver Dollar Moment by The Orielles here via Spotify, and tell us what you think below!