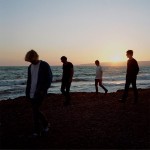 In the history of rock ‘n’ roll survivors, there can be very few that can claim to have emotionally suffered more, or endured more changes in the pop landscape, than The Charlatans. Having begun their career at the height of the ‘Madchester’ baggy sound in 1990, they successfully negotiated the zeitgeist change to Britpop in the middle of the decade, and have maintained a consistent fan-base ever since, outliving countless flashes-in-the-pan and flavours-of-the-month. Amongst the success, tragedy has also hung over the group. In 1996, keyboardist Rob Collins died in a car accident during recording for their most well-known album Tellin’ Stories, and in 2013 drummer Jon Brookes passed away having succumbed to brain cancer. Brookes’ place has been filled by session musicians for Modern Nature, their twelfth studio record, which sees the group deliver a consistently solid take on mellow ‘70s soul grooves.

As you might expect, the record’s tone is distinctly contemplative and reflective, but Tim Burgess and co. are careful not to let the mood lurch into one of moping mournfulness. Aside from opener ‘Talking In Tones’, which is distinctly sombre with references to death and departure (opening lyric – “we had a pact”), Modern Nature is chilled but not chilly. The chunky rhythm on ‘So Oh’ combines well with Mark Collins’ smooth guitar trills, as does the irresistible groove of mid-album highlight ‘In The Tall Grass’. The album is at its most touching when the group employs a choir to give some more meat to their sound. The defiant ‘Let The Good Times Be Never Ending’ is unquestionably uplifting despite its minor key motif, and the middle eights of ‘Come Home Baby’ contain elements of their ‘90s trademark Moog sound, which works well when combined with the choir. Only ‘Emilie’ and the slight Manchester swagger of ‘Trouble Understanding’ hint at The Charlatans’ more guitar-based past.

On the negative side, the new album lacks anything by way of an obvious single, and the more or less constant laid-back mood makes it sometimes difficult to concentrate on. It’s built for an existing audience, not bothered with courting a new one, and it sounds like it could have been made at any point in the career since 2001’s colourful Wonderland. But considering the grand scheme of things, the mere fact of their twelfth album, produced after so much upheaval, is enough to warm the cockles of even the stoniest of hearts, and many would have excused a less engaging effort in the circumstances. But Modern Nature is typically solid, characterised by a quiet, dignified defiance that The Charlatans carry handsomely. (6/10)