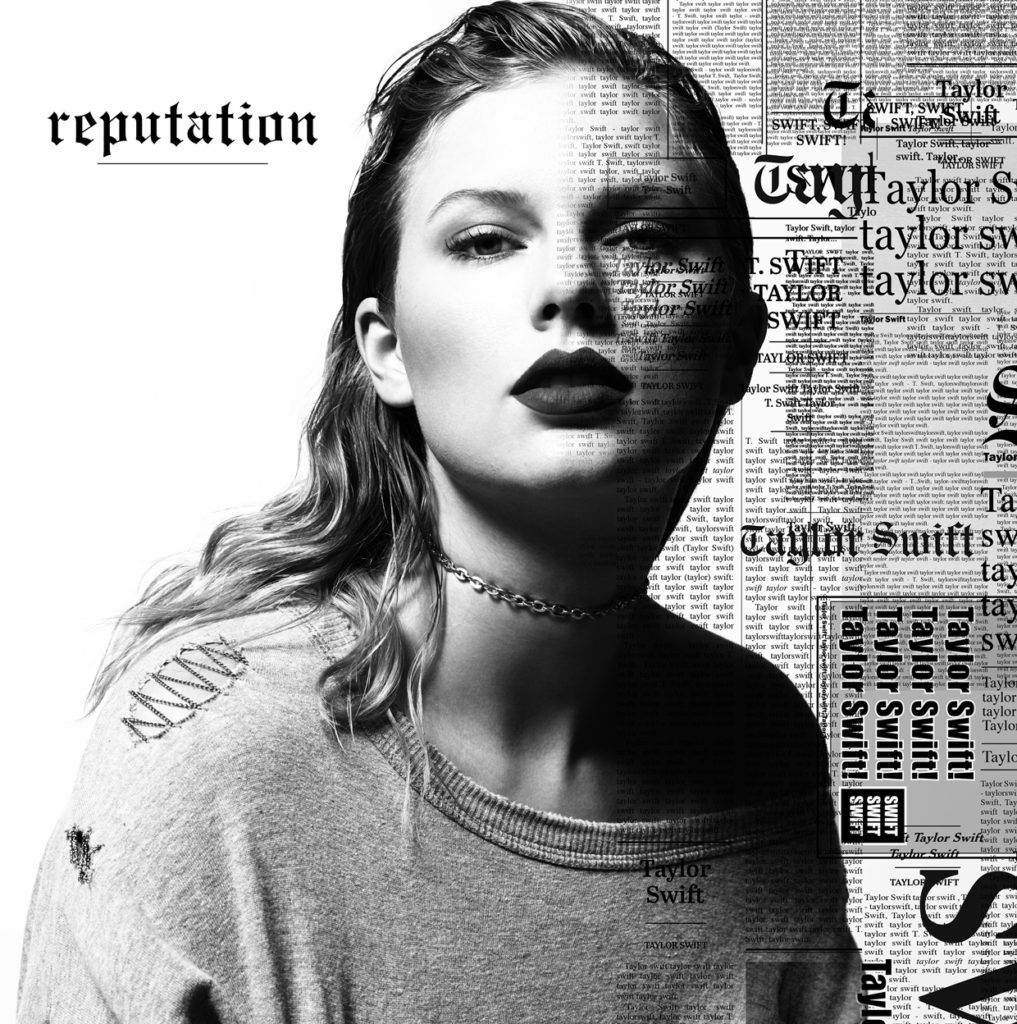 ‘Reputation’ sees Taylor Swift examine her relationship with the media and the nature of fame, but one can’t help feeling that she could have taken more musical risks.

For the past few years there has seemed to be nothing that could stop Taylor Swift from getting anything a musician wants – skyrocketing record sales, love of devoted listeners, and critical acclaim which followed the release of her records. Swift has been present on the music scene for many years, but only recently she took her career to a completely new level. Her popularity rose even more due to a bold, yet risky step – in 2014 Swift turned away from country music, making a smooth transition into pop with 1989, her most successful album to date.

Three years later, Swift further explores her pop persona, trying to find fresh approaches to chart-friendly music, while keeping her meticulously cultivated image unaffected. Reputation is a direct response to a relentless public conversation regarding the singer’s image, as well as her personal life. Swift is far from being controversial, but it doesn’t stop the media and the public from speculating about every move that she makes. At the same time, she’s been known to turn it to her advantage by recording songs such as ‘Shake It Off’, in which she addresses that never-ending chatter.

It is fair to say that Swift was always capable of adding an element of surprise to her releases, keeping her fans intrigued and excited, however, the question of whether she would be able to do that again appeared only after the immense success of 1989 had died down. While pop music suits Taylor Swift incredibly well, it also provides limitations, usually putting artists in a difficult place where they must constantly evolve, change, and experiment to stay relevant. Swift’s star is shining bright, but Reputation proves that even one of pop’s most prolific and skilled songwriters doesn’t always get things completely right and finds it challenging to keep her music fresh.

Reputation takes a similar approach to previous records – namely, featuring Swift putting her thoughts and feelings into words, bringing back memories about past relationships, affairs, and struggles of being one of the most recognizable women on the planet. Lyrically, Reputation doesn’t really bring anything unconventional to the table, often settling for banal lines such as “You’re so cool, it makes me so mad” on ‘Gorgeous’ or “I never trust a playboy, but they love me” on ‘I Did Something Bad’.

There are many instances in which Swift seems to be simply playing it safe, not willing to take more risks. ‘Look What You Made Me Do’ was intended to be a provocative first single, but barely accomplishes to warn Swift’s antagonists about “a list of names” with red underlines, and karma which makes her believe that “maybe I’ve got mine but you’ll all get yours”. One of the biggest disappointments on the album must be ‘End Game’ which welcomes Ed Sheeran and Future as feature guests. It is probably the least impactful song on Reputation, with lyrics which carry hardly any meaning, including “You so dope, don’t overdose, I’m so stoked, I need a toast” from Future and “I’ve made mistakes and made some choices, that’s hard to deny” from Sheeran.

The album develops in a slow pace but offers a few songs which will remind everyone why the woman on the cover looks so familiar and poses in such a confident manner. Taylor Swift didn’t manage to become one of the most popular pop singers of the 21st century for no reason. Her songwriting has always been solid and captivating, representing heartache, anger, frustration, or euphoria in relatable yet dramatic ways. Those qualities can definitely be found on Reputation, but almost only exclusively when Swift goes to the extremes and becomes a tougher version of herself, or exposes her fragile side.

‘…Ready For It?’ is definitely the most energetic song on the record. Swift changes the mood of the song skillfully, going from the dark half-rapped verses to melodic and subtle choruses, which are then polished and reinforced by Max Martin’s and Shellback’s dance-pop and electronic production. That almost aggressive dynamic of the song suits Swift much better than a disappointingly large amount of the tracks on Reputation, which simply fail to build up the tension and do not let the listeners fully indulge themselves with the story.

Although ‘Don’t Blame Me’ is another good attempt from Swift to create that edgy atmosphere, when she’s singing “Don’t blame me / love made me crazy / if it doesn’t you ain’t doing it right”, she sounds even better on the slowest tracks, such as ‘Delicate’ and ‘New Year’s Day’. Both songs bring out the best of Swift’s songwriting abilities, especially when she’s found almost whispering “Is it cool that I said all that? Is it chill that you’re in my head? ‘Cause I know that it’s delicate” on top of a mid-tempo beat and ambient keys. ‘New Year’s Day’ closes the album in a soothing way, with nothing but a piano and trademark Taylor Swift storytelling: “There’s glitter on the floor after the party / Girls carrying their shoes down in the lobby […] Please don’t ever become a stranger / Whose laugh I could recognize anywhere”.

Although it is one of the biggest releases of the year, there are probably multiple reasons why Reputation doesn’t sound as impressive and as impactful when comparing it to Swift’s previous albums. Lack of surprise factor and relying on the same producers could be to blame, or possibly, Swift didn’t take enough risk with the music herself. The final product is pleasant and largely entertaining, but doesn’t possess the grit and lyrical inventiveness which would always make Swift stand out from the crowd and allow her to record tunes which were not only memorable, but also worthwhile. (6/10) (Alicja Rutkowska)