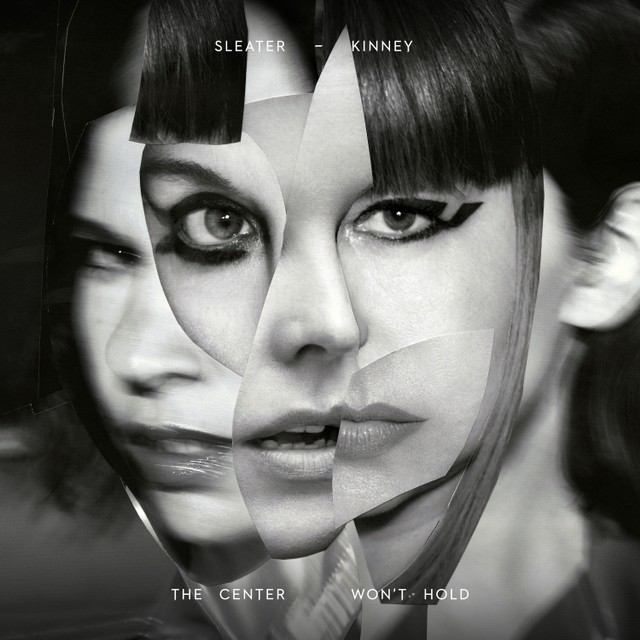 Aided by St. Vincent on production, ‘The Center Won’t Hold’ boasts the widest range of sonic influences for any Sleater-Kinney album so far.

A new album from Sleater-Kinney is always a momentous occasion, but the circumstances surrounding the release of their new ninth album The Center Won’t Hold has threatened to overshadow the musical content therein. No sooner had they completed the recording (under the aegis of producer Annie Clark – a.k.a. St. Vincent) and released its first single than drummer Janet Weiss announced she was quitting Sleater-Kinney after 22 years, tweeting that it was “time for me to move on” and that the band was heading “in a different direction”. Long-term fans of the group must have been left wondering what was so different about the new record to force Weiss into making such a drastic decision.

In a career spanning two decades, Weiss and her bandmates Corin Tucker and Carrie Brownstein have thrashed, purred, howled and high-kicked their way through eight albums of politically and socially aware punk and alternative rock, always seeking to adapt and evolve their formula album by album by building in different instruments and compositional techniques. It was an arc that took in the coruscating, complex post-riot-grrrl stylings of Call The Doctor to the raucous, psychedelia-influenced The Woods, with many iterations in between.

In this context, The Center Won’t Hold constitutes one of the most interesting releases of 2019. Its very title suggests internal discord – either within the band, or within wider politics. Although some will leap to the conclusion that her presence has forced Weiss out, the only conclusion to draw from the finished record is that Annie Clark has been an inspired choice of producer, acting as a creative foil and aiding Sleater-Kinney in the building of new ideas, but also, importantly, not overshadowing their personality. The Center Won’t Hold is a dramatically different kind of Sleater-Kinney album, but it’s also unquestionably still a Sleater-Kinney album.

Clark’s fingerprints are more in evidence in some places than others. Indeed, from the opening title track’s distressed sound with its marching, rattling industrial percussion and blast of processed grunge, it’s clear that she’s inspired some significant, in some places wholesale changes to the traditional Sleater-Kinney sound. Weiss’s drumming is sometimes dialed back to little more than a metronomic pulse, backgrounded in favour of other instruments where it had always shared the spotlight with vocals, guitar and bass. The digitised buzz of ‘RUINS’ is also classic St. Vincent, and the art-pop sashaying of ‘Can I Go On’ carries a sense of theatricality that could have come from Strange Mercy.

Elsewhere, Tucker and Brownstein’s guitars are manipulated and distorted to the point that they bear resemblance to different genres. The new-wave sheen of single ‘Hurry On Home’, in which Brownstein chants and taunts “you got me used to loving you”, and the soft synths underpinning ‘Reach Out’, sound like the work of a different band at times. The swinging beat of ‘Bad Dance’ sees them in more a playful mode, while the grin-inducingly catchy post-punk revivalism of ‘LOVE’ would be cheesy in other hands. The ruminative ballad ‘Broken’ concerning surviving trauma that closes the record is wonderful, and something they’ve never tried before.

The interplay between the two vocalists – Brownstein’s coquettish, even goofy style and Tucker’s more serious intonations – has also largely disappeared. Where they often battled with each other for prominence, mirroring their music’s knotty, garrulous qualities, on The Center Won’t Hold they often sing their own songs for themselves without the involvement of the other. But, again, it’s not something that the listener misses or is to the detriment of the album, just a different way in which Sleater-Kinney can sound great. The apocalyptic single ‘The Future Is Here’ (“never have I felt so goddamn lost and low”), imagining sex and lust as a universal refuge in times of upheaval, and the plea for visibility in society of the brilliant ‘The Dog / The Body’, are moments that showcase their lyrical and vocal forcefulness in a way that will please fans of older Sleater-Kinney material.

What The Center Won’t Hold does undeniably have is the biggest diversity of sonic influences for any Sleater-Kinney album yet. Crucially, the band have the songwriting chops between them to make almost all of the individual ideas work, and the whole makes sense as an embracing of the bewildering and lonely chaos that constitutes our accelerating lives in the modern world. Furthermore, it shows – as if it still really needed to be proven – that the band can turn their hands to many different moods and styles and still come up sounding vital in 2019. (8/10) (Ed Biggs)

Listen to The Center Won’t Hold by Sleater-Kinney here via Spotify, and tell us what you think below!