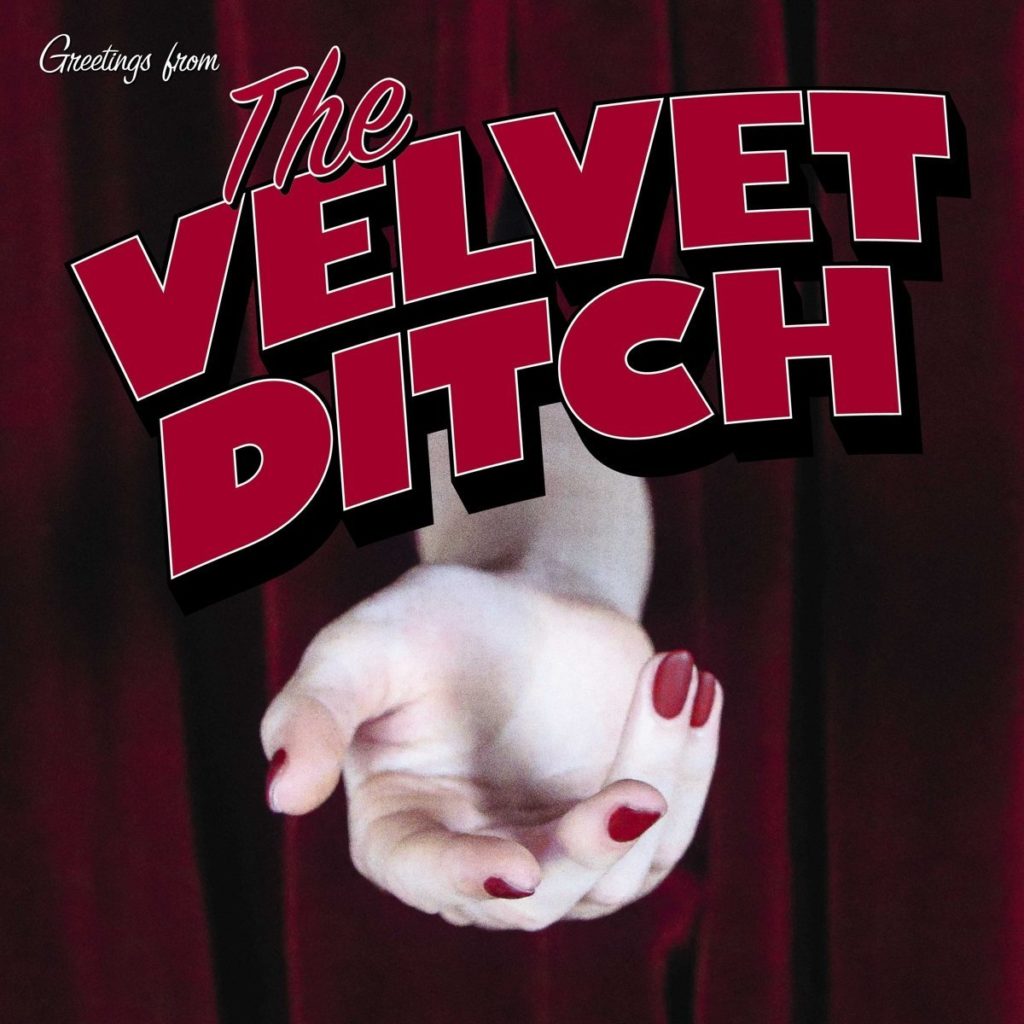 Compared to the leap forwards of Slaves’ most recent album, ‘The Velvet Ditch’ sounds like an afterthought, with the exception of one stunning moment.

Just over a year since their excellent third LP Acts Of Fear And Love, Tunbridge Wells punk duo Slaves are back with a strange little collection of songs, intriguingly titled The Velvet Ditch. Half of this four-track EP is very much in the traditional Slaves sound, and the other half sees the band push themselves into new territory and new styles.

‘One More Day Won’t Hurt’ and ‘It Makes Me Sick’ are both back-to-basics Slaves tunes: heavy riffs, shouty mockney quasi-rap, the signature two-drum setup. But essentially, despite the business-as-usual atmosphere, there’s very little to like about either of these songs at all. The thin, dry production leaves Laurie Vincent’s very heavy guitar work sound completely lifeless, and the jagged intervals and structures that the band once made their own are now starting to feel as though they’re being churned out of an automatic Slaves songwriting machine. While there are one or two memorable lyrics, it is not enough to save this pair of songs from falling flat.

The other half of this EP is where things pick up a little bit. ‘The Velvet Ditch’ is a quirky acoustic parody of country music, with warbly alien guitars and an unenthusiastic shout of “yeehaw”, lazily evoking some vague sense of a hazy American backwater ranch. One of the most off-kilter tracks the band has produced, although unfortunately one of the most forgettable too. However, ‘When Will I Learn?’ is really the standout track of the EP. Again, the song’s parodying of a new style, this time ‘50s balladeering and doo-wop, could feel somewhat half-arsed, but it really works well on ‘When Will I Learn?’. The slapback delay on Isaac Holman’s voice is an obvious production choice, but stripping the music down to simply piano and vocals, both drenched in reverb, gives ‘When Will I Learn?’ that certain charm that Slaves can occasionally pull out of the bag.

Despite generally sounding deflated musically, in lyrical terms The Velvet Ditch perhaps represents some of Slaves’ more interesting work for a long time. Whilst Laurie is living his best life, wife and impossibly photogenic kids in Brighton, Isaac comes across as being a little more enigmatic. Unlike his bandmate, the frontman doesn’t seem to have grown up yet. Nobody could blame him, but on The Velvet Ditch Isaac is reassessing his life, almost with a note of jealousy for what Laurie has.

While The Velvet Ditch is flaccid and unremarkable in almost every musical sense, Isaac’s new-found emotional honesty has to be commended as a bold move, and might be regarded as a critical bridging moment for Slaves in the future. This EP will hardly be one that anyone will be talking about for years (or days) to come, but it is certainly a curio, with a few memorable moments and one almost-stunning track in ‘When Will I Learn?’. (4/10) (Louis Marlow)

Listen to The Velvet Ditch EP by Slaves here via Spotify, and tell us what you think below!