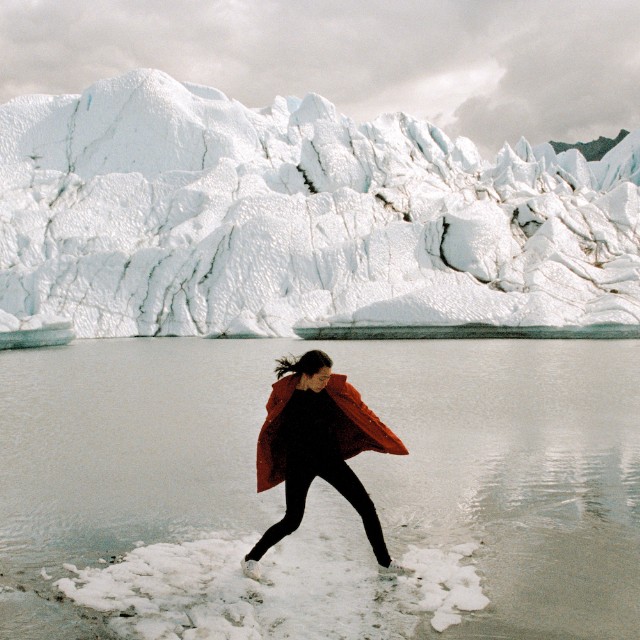 Cited as one of music’s next big things, SASAMI, real name Sasami Ashworth, is set to shake up the booming singer-songwriter sphere even further. The Los Angeles-based musician has spent the last 18 months honing her solo talents alongside other indie singer-songwriter heavyweights like Snail Mail and Soccer Mommy, earning industry points and building a buzz around her name. With a playful down-to-earth aesthetic, her style has earned championing from publications like Pitchfork and the ethos that there’s “nothing more powerful than women uplifting and supporting each other” in the music scene, Ashworth is set to make her mark.

Her eponymous debut solidifies her role as a new mainstay. Coated in melancholy tones and dreamy distortion, the hollow feeling SASAMI produces feels like looking into a still void. An air of sincerity and openness floods the album’s aesthetic as Ashworth draws you into her fantastical but not overly disconnected world for 40 minutes. On tracks like ‘Free’, careful guitar changes reflect an honest tone when paired with Ashworth’s sincere and weathered vocal delivery. Gentle crests and slopes in the track help ease the listener in as she fluctuates between wanting to be liberated from past love and veering away because of hindsight. This gentle guitar accompanied by beautiful vocal delivery to create an emotionally potent track is something that reflects the delicacy throughout the album.

This delicacy is mainly channelled through Ashworth’s voice. The various vocal effects she uses on tracks like ‘Pacify My Heart’ and ‘Morning Comes’ become collage like, layering over each other to further the sense of losing yourself. Harmonies on the album range from strange and blissful to melancholy and distant. SASAMI also uses her gentle delivery style to create silent anticipation amongst quieter instrumentation. The ethereal vocal stylings on certain tracks like ‘Callous’ help transition into the euphoric explosions that disrupt the breeziness present throughout the album. Such moments make for a very encompassing feel to the album. Although her hushed vocals on tracks like ‘I Was A Window’ come across as a bit flat and slightly apathetic.

The focal point of SASAMI’s subject matter is the self.  Through this strong sense of self and well mauled over thoughts, Ashworth’s musing of her past experiences reflects a peace in her mentalities. Her openness on the record gives also paints her as a learned lover who doesn’t put herself first and gives her artistic image an authentic emotional transparency – although sometimes this slightly uncaring nature veers towards blandness.

What is also distinctive about SASAMI is how genre-bending it is. Vocal effects throughout the album give certain tracks like ‘Callous’, one of the singles and clear standout, a psychedelic tinge that adds a delightful oddity to the song. There are also distinctly lo-fi touches on tracks like ‘Turned Out I Was Everyone’, which furthers the bare but powerful feel of the album. Underlying trip-hop elements on ‘Jealousy’ also add a disorientating trance-like effect, which is further exemplified by the repetition of “Jealousy” on the refrain, giving the track a theatrical feel. This confident genre hopping is what is showcasing SASAMI to be a strong musical force compared to contemporaries like Soccer Mommy and Beabadoobee whose music, although impactful, seems less willing to push the boundaries of the genre.

SASAMI is a solid, cohesive debut album. Although it isn’t the most colourful record, its bare emotion, well-meshed harmonies and varied instrumentation make Sasami Ashworth’s debut an immensely satisfying listen. Her sound is already very distinctive, and promises a bright future for the singer. (7/10) (Daniel Antunes)

Listen to SASAMI by SASAMI here via Spotify, and tell us what you think below!