REVIEW: Amanda Palmer – ‘There Will Be Intermission’ (Cooking Vinyl) 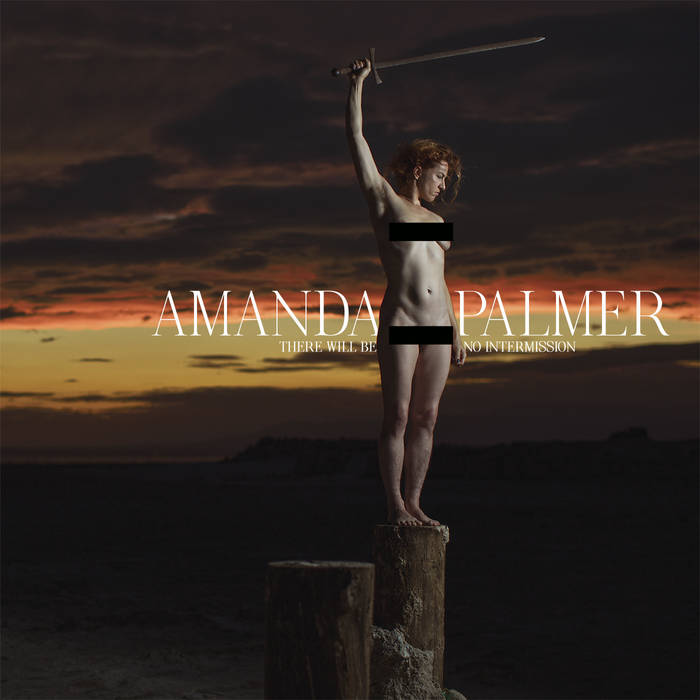 A deep dive into personal grief and loss, ‘There Will Be No Intermission’ is Amanda Palmer’s most intense work yet.

On International Women’s Day 2019, Queen of crowdfunding Amanda Palmer released There Will Be No Intermission, her first solo album in seven years. The album is the product of her coming to terms with some seriously dark times, including losing her best friend to cancer, grief, abortion, a miscarriage and an honest look at the darker side of being a parent. On her Patreon ‘mega-post’, she states that “these songs aren’t, and never were, built to be commercially successful”, and that instead that their creation had served a healing process to help her through those hardships.

No detail has been spared on the making of this album – the Patreon-only edition of the vinyl has even been pressed in midnight blue, a shade so dark that it cannot be seen unless there is a light to look through it – a physical metaphor for There Will Be No Intermission itself. The tracklisting is punctuated with beautiful instrumental intermissions arranged by Palmer’s long-time friend and musical collaborator, Jherek Bischoff. The first one is the first track of the album, ‘All The Things’, a gorgeous dreamy intro that invites you to switch off from distractions and settle into the album.

Amanda Palmer has never been one to hold back, but in There Will Be No Intermission she shows us a level of vulnerability that hasn’t been seen in her previous work. It is very noticeably stripped back compared to the lavish melodrama that we are used to from earlier albums, such as 2012’s Theatre Is Evil, and her beginnings as one half of the dark cabaret duo The Dresden Dolls.

There is a real up-and-down-ness to the album, with emotional peaks and troughs appearing at regular intervals. Even in its darkest moments, there is an underlying sense of hope that always manages do bring everything back up again. This is particularly present in ‘The Ride’, a slow and soft start to the album but with a dark piano piece reminiscent of Dresden Dolls. Both musically and lyrically, the track fluctuates between being fragility and booming strength. Then onto ‘Drowning In The Sound’, which is maybe the most musically interesting track of the album, and offers a kind of more sophisticated hark back to 2007 emo while her lyrics explore the toxicity of the media.

Throughout the album Palmer lays herself bare and her raw emotion on some tracks really cuts to the bone. ‘The Thing About Things’ really showcases this as she addresses the sentimentality of objects, and how our relationship to them changes as our relationships with people change. In ‘Bigger On The Inside’ she deals with losing her brother and the difficulty of feeling the pressure to be strong and continue fighting when being truly at breaking point. ‘Voicemail For Jill’ draws on her own experience of abortion and opens up an emotional dialogue, woman to woman, of the sense of isolation and complex emotional experience that can come with it. Then in ‘A Mother’s Confession’, Palmer offers a candid account of her journey into parenthood, and that, despite all of the mishaps, everything is okay because “at least the baby didn’t die”.

The entire experience of the album is in no way passive and can absolutely not be played in the background and talked over. It doesn’t allow for it. The songs are long and each one demands attention as Amanda Palmer carries you through this emotional journey. Her brutal honesty and raw emotion is not launched as an attack or accusatory in tone, but highly empathetic at all times. Her presence is, at times, actually overwhelming and feels as if she is there in the room with you. There Will Be No Intermission, and the absolute powerhouse that is Amanda Palmer, should not be taken lightly. Absolutely beautiful. (9/10) (Jesse Casey)

Listen to There Will Be No Intermission by Amanda Palmer here via Spotify, and tell us what you think below!

Tags: album, Amanda Palmer, Jherek Bischoff, There Will Be No Intermission