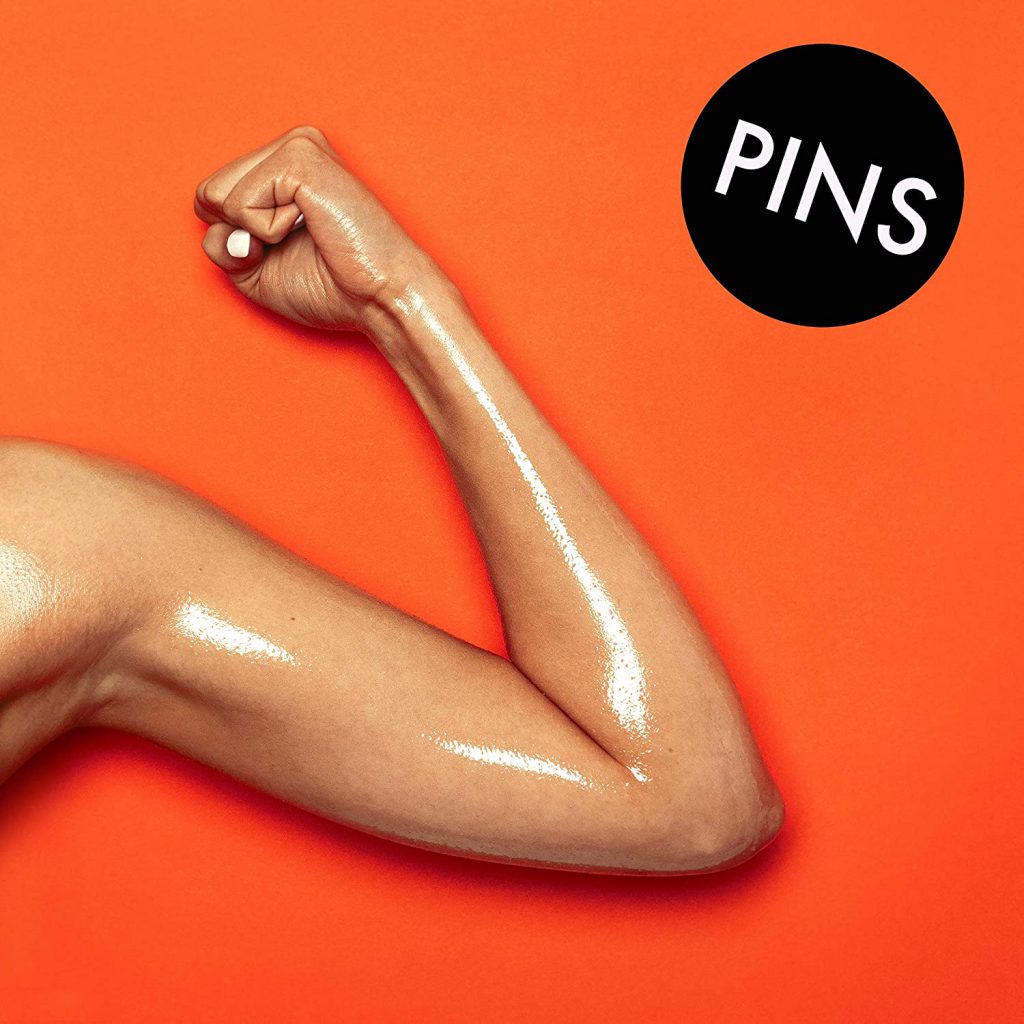 Heavier and more robust than previous releases, PINS’ third album ‘Hot Slick’ nevertheless retains the playfulness that made them so enjoyable when they emerged.

Manchester-based indie band PINS are back with their third full-length album Hot Slick, a follow up to the warmly received Wild Nights from 2015, and 2017’s EP Bad Things that featured a fantastic collaboration with the legendary Iggy Pop. Five years and a significant personnel change on from their last album (only lead singer Faith Vern and Lois MacDonald remain from the original iteration) they return with a record which sounds effortless but somewhat familiar.

Hot Slick sounds like an extension of the band’s already established sound – airy, indie vocals combined with a heavier, more robust instrumentation which create an enigmatic and entraining sound that we’re already familiar with. On this occasion, PINS don’t hesitate to add some more melodic lines to the mixture, resulting in tracks which possess both character and playfulness within them.

‘Ponytail’ is a perfect example of that, a song which is compelled by its driving beat, as well as it’s playful lyrics: “Yes I will be out all night / I whip my ponytail from side to side”. At the same time, PINS become serious quite easily, such as on ‘After Hours’ when they sing: “I’m just a woman in the world […] Doesn’t matter where, doesn’t matter how, do something and do it now […] it’s a man’s world and it makes me…”.

It’s worth adding that PINS are also not the most talkative band, using scarce yet straight-to-the-point lyrics on Hot Slick, rather than engaging themselves in dramatic conversations. They are firm with their words and dedicated to their post-punk outfit, which has been suiting them so well in the past, especially when they decided to experiment with their sound and add some new ideas to it, such as on the Bad Things EP. Therefore, the only thing that is really missing from PINS’ new record is the extension of that experimental intention that was so promising a few years ago, and could have made this album more interesting sonically and keeping the listened intrigued for a little bit longer. (6/10) (Alicja Rutkowska)

Listen to Hot Slick by PINS here via Spotify, and tell us what you think below!