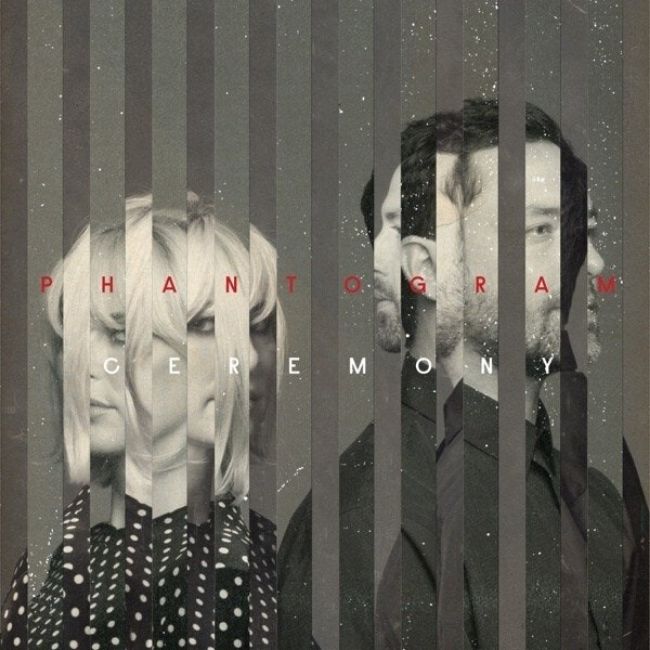 Sarah Barthel and Josh Carter’s fourth Phantogram album ‘Ceremony’ is like a well-acted film without a strong enough story.

Brooding electro-pop duo Phantogram have come a long way since their humble MySpace beginnings. Throughout the decade they’ve been going, they’ve steadily enhanced their reputation over three studio albums, whether that would be through big-name collaborations with the likes of Miley Cyrus, The Flaming Lips and Big Boi, or by earning a fabled feature on the FIFA video game series (which is, undeniably, the pinnacle for any musician).

For their fourth album Ceremony, Sarah Barthel and Josh Carter venture even further into the gloom that’s shrouded their music thus far. There’s a noticeable punch to the drums here, while the glitchy electronics cast more ominous shadows than before. Stabs of melancholy piano and tumbling breakbeats power lead single ‘Into Happiness’, while synths whir insistently on cuts such as ‘Let Me Down’ and the off-kilter ‘Gaunt Kids’. Echoes of trip-hop permeate the album too. Haunting brass samples and towering beats define ‘Mister Impossible’ and ‘Love Me Now’ respectively, while Barthel’s vocals aren’t worlds away from Portishead’s Beth Gibbons’ emotive croon.

Ceremony is solidly produced, but the songwriting itself doesn’t carry all that much weight. After their flirtations with the mainstream, it’s surprising that Phantogram haven’t strengthened their melodic sensibilities. Most of the choruses sadly fall flat; despite the instrumental promise of ‘Dear God’ and ‘Let Me Down’, the hooks fail to take the songs into a different gear. Barthel’s lyrics don’t do enough to raise intrigue either, often musing on the ills of modern society (“I’m a meme on a feed in a spiral” she sings on ‘In A Spiral’) without making any profound observations.

Ceremony plays out like a well-acted film that doesn’t have a strong enough story to pull it together. Barthel and Carter are clearly talented, and they often show why they attracted such high-profile interest (such as the beautiful title track, which closes the album with a whirling crescendo). Unfortunately, it isn’t the truest measure of their beguiling skill set. (6/10) (Matty Watkin)

Listen to Ceremony by Phantogram here via Spotify, and tell us what you think below!