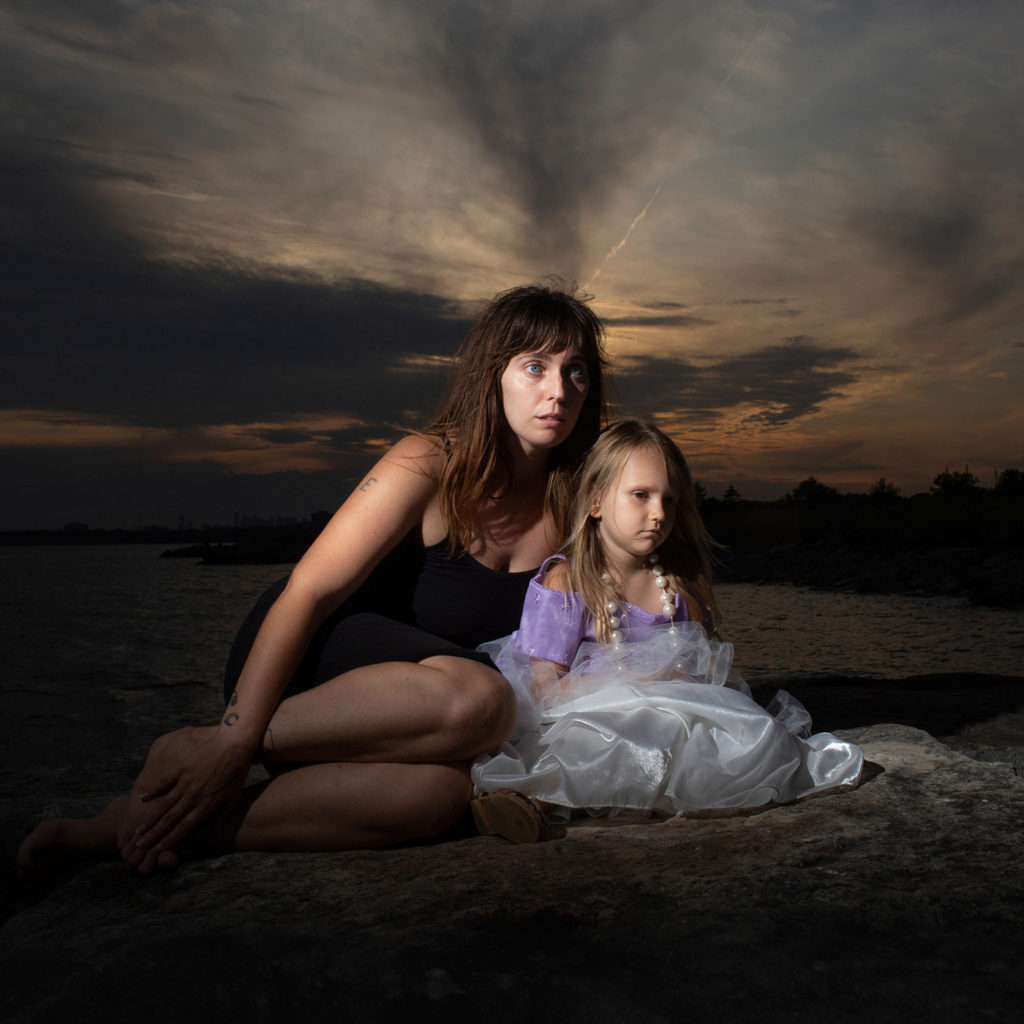 Letting our collective anxiety about the state of the world stew in glacial, literate pop, Meghan Remy’s latest U.S. Girls album ‘Heavy Light’ is different to her previous masterpiece.

As a big fan of Meghan Remy’s previous U.S. Girls release In A Poem Unlimited, highly regarded amongst critics as well as our staff, waiting for her newest with Heavy Light was an anxious process. It seems Remy’s songwriting prowess has become increasingly explosive over time, and In A Poem Unlimited surely proved that. What can the follow-up be to such a raging, winding and intricately layered piece of pop? It might sound like somehow my view of In A Poem Unlimited is inflated, but its spot on many publication’s ‘best of 2018’ lists and its sheer re-playability, craving that satisfying outpour of female rage and beat is, personally, undeniable.

Remy’s been in this pop thing for a while, for years writing experimental pop music by herself. Now, she gets up on stage with a full band, still holding the reigns of songwriting tightly but inviting more voices to add to it – In A Poem Unlimited was made together with the Toronto collective Cosmic Range. Last time this worked wonders, but who knows what Heavy Light will bring with its two promising pounding singles that sound a lot sparser sonically than their predecessors.

And here it comes, inviting with another deceptively chipper sounding disco track. Heavy Light starts off with ‘4 American Dollars’, a welcome reminder that Meghan Remy never lets a song just be a song, disguising anti-capitalist ideas with an over-the-top, optimistic sound. Her constant social and political commentary is at the heart of the U.S. Girls project, and this time it focuses on the colder spectrum of human emotion. If In A Poem Unlimited breathed hot, fast and explosive, Heavy Light is a frosty composition. The two singles – ‘4 American Dollars’ and ‘Overtime’ might send one in an anxious dancing frenzy, but the rest of the material is a bit more glacial. Like a pendulum, U.S. Girls have swung back to a slower pace, bathing in the collective fear, anxiety and regret caused by grief and the general state of the world. There’s not much light-heartedness around these days, what with the whole Earth dying, viruses spreading, constant states of emergency, and Heavy Light represents that.

‘IOU’, a ballad discussing our habits and one being part of the constant churn of the everyday without having much of a say in it, has so much empty space sonically it feels lonely despite Remy having a whole chorus backing her. The sense of community comes back with the interlude ‘Advice To Teenage Self’, letting the echoes of all our shared insecurities ground the album. That’s the movement of this record – collective, shared pain expressed by the songs throwing us into the cold open to be put back into a more balanced middle ground, through the usage of multiple voices and moods throughout. Remy manages this well, mixing the known with the unknown, suspending us in limbo.

Heavy Light is constantly concerned with the relationship between the past and the now, and us in the middle. ‘Woodstock ‘99’ calls to look back on our childhoods, asking “What does it say about us / Our mothers, their TVs, and our looks?”, the ‘it’ being both our mindless existence as kids, not realising how at the same time similar and different we are from each other, and how those differences define us. ‘Red Ford Radio’ is an old U.S. Girls song reinterpreted, recalling that sense of panic a child feels left alone in a hot car through industrial repetition of beat and line. There’s also a sense of timelessness and constant movement in songs like ‘And Yet It Moves / Y Se Mueve’, another stand-out track from the record, with its more cunning way of pulling a listener in using sweeping instrumentation and hiding the true meaning of the song in its Spanish lyrics.

Heavy Light is a disorienting experience. Flitting through time and different points of view (‘The Quiver To The Bomb’ is from the perspective of Earth), Heavy Light, is, well, heavy. Though some tracks still present a friendly, pop hand to reel you in, most of the album is built on the bones of a piano, Remy’s echoing voice and a backing choir, making it a tough nut to crack through in one mindful sitting. With all the political and social commentary on the state of today, Heavy Light is as conceptually sound a U.S. Girls album as any other, and Meghan Remy once again produced a piece of work that is both interesting and relevant. It’s just not as straightforwardly pop, and will reward those who persist, leaving the less patient confused. (8/10) (Aiste Samuchovaite)

Listen to Heavy Light by U.S. Girls here via Spotify, and tell us what you think below!