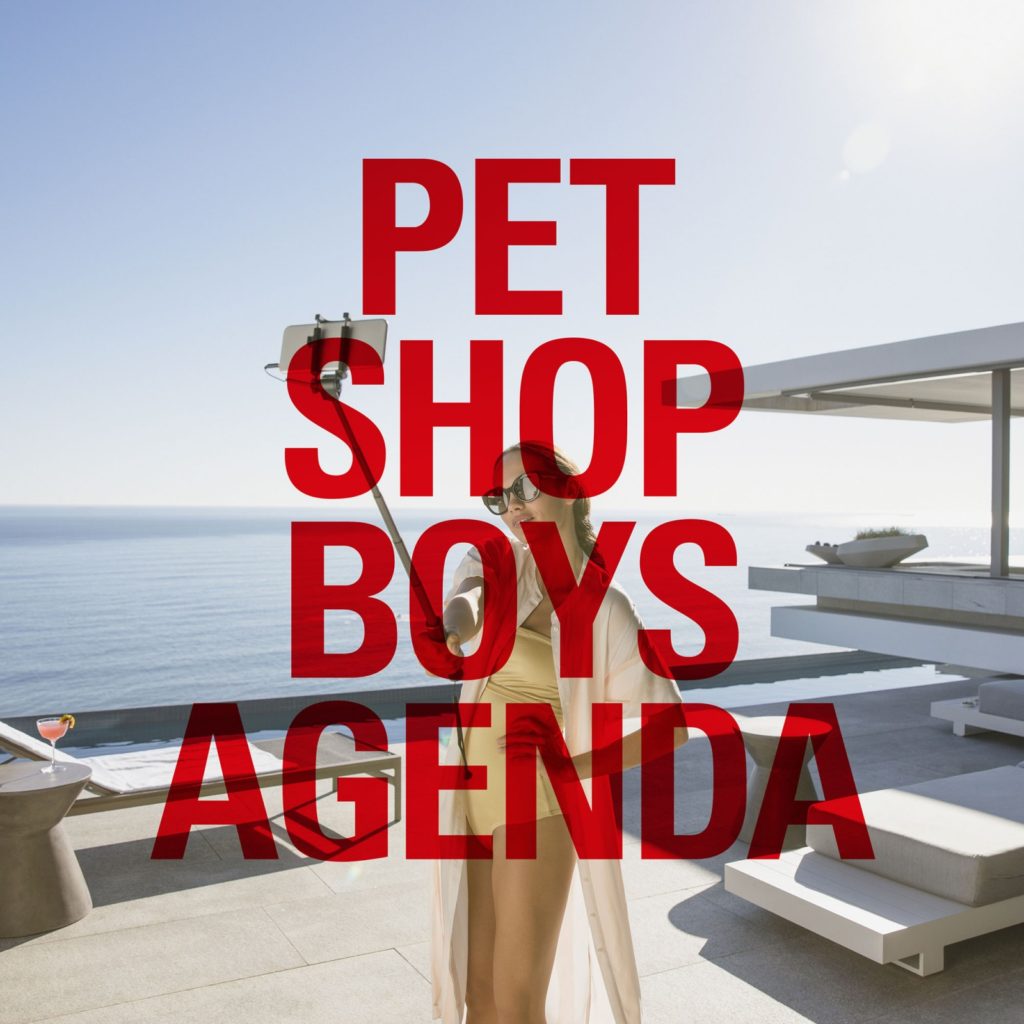 Caustic rather than corny, Pet Shop Boys show that pop and politics can mix on surprise new EP ‘Agenda’.

Having recently declared that they’ve finished work on their upcoming 14th studio album, and third in a trio with producer Stuart Price who has overseen a refreshing revival in their artistic and commercial fortunes in last six years, it’s a bit surprising to see that Pet Shop Boys have also unveiled a brand new four-track EP. Released on short notice in the middle of last week, Agenda is about as politically explicit as Neil Tennant and Chris Lowe have ever gotten, offering treatises on populism, technology, inequality and loneliness respectively. “It contains three satirical songs and one rather sad song,” Neil Tennant explained in typically modest fashion about Agenda. “I think it’s because of the times we’re living through.”

Fortunately, Pet Shop Boys’ soapbox moment doesn’t forget the humour and entertainment. ‘Give Stupidity A Chance’ makes a good double-bill with their 2006 Blair ‘n’ Bush baiting single ‘I’m With Stupid’, adopting several Brexiteer / Trump supporter slogans and turning it into a ‘if you didn’t laugh you’d cry’, electronic requiem for intelligence and reason. “We’ve heard quite enough of experts and their dealings / Why face the facts when you can just feel the feelings?”

‘On Social Media’ is much peppier, reflecting the sharp, incisive minor-key techno-pop that the Pet Shop Boys have adopted in their recent work with Price and analyzing society’s curious tendency towards narcissism even as the world around it crumbles. “While democracy is losing its way, and greed is getting greedier / Console yourself with a selfie or two, and post them on social media.” It shares top billing on Agenda with the hypnotic banger ‘What Are We Going To Do About The Rich?’, its triplet synth figure sparkling and pinwheeling brilliantly. On all these tracks, Neil Tennant doesn’t sound splenetic or hectoring, instead observational and detached, and Lowe’s musical accompaniments have a fun, frolicking quality that understand that the best political pop music avoids sounding overly earnest or angry.

Fourth and final track ‘The Forgotten Child’ stands out in stark contrast, a downbeat, melancholic and rather more cryptic track that conflates the political with the personal. Lyrics concerning “We were under attack / reaching rock bottom / that was our focus / the child was forgotten”, seem to be about both families and nations. Amid the bold, unambiguous messages of the rest of the EP, ‘The Forgotten Child’ is probably the track that most serves to be revisited and re-evaluated.

Agenda happily avoids the obvious pitfall of when pop veterans do social and political commentary, never sounding like the work of old fuddy-duddies grasping to understand new technologies and phenomena. Throughout their three-decade career, Tennant and Lowe have almost always remained clued-up and up to speed with developments in contemporary pop, if not actually ahead of the curve, and their observations here are caustic rather than clunky. One presumes that this four-track EP will suffice for them to vent their spleens about the shitty state of the Western world and that their new album will see them at their imperious pop best. (7/10) (Ed Biggs)

Listen to Agenda by Pet Shop Boys here via Spotify, and tell us what you think below!