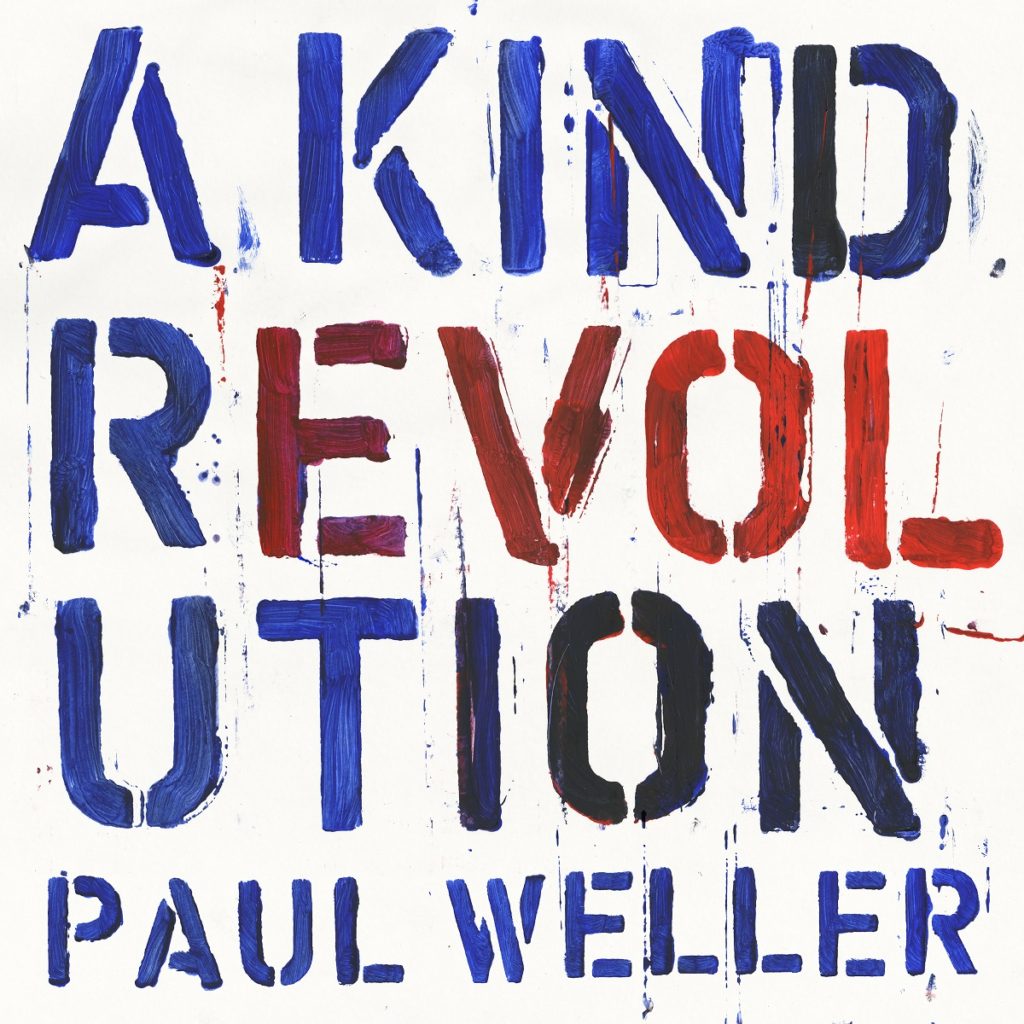 Paul Weller’s second album of 2017 ‘A Kind Revolution’ shows that his creative resurgence shows no signs of stopping.

Given the rather plodding nature of most of his output as a solo artist, Paul Weller’s creative regeneration over the last decade has been remarkable and wonderful to behold. Since 2008’s 22 Dreams, he is one of very few artists of his generation that is still clearly intent on looking forwards rather than covering old ground, and his last three full studio albums have been among the best of his career.

Now, in 2017 and pretty much exactly 40 years since The Jam released their debut album In The City, Weller releases his 13th solo album A Kind Revolution, one that obliquely addresses the sense of societal turmoil that has hit the West over the last two years but does so in a sensitive and calm manner. Unlike 2010’s Wake Up The Nation, which was a much more urgent howl of anger at the state of the world, A Kind Revolution is a spiritual call for unity in the face of dark times ahead. Like the great Marvin Gaye’s all-time classic What’s Going On, Weller here is seeking to channel any anger in a constructive direction.

‘The Cranes Are Back’, using the metaphor both the birds and the construction tools, is the standout example of Weller’s approach with A Kind Revolution. Starting out in a sparse and reflective manner, it grows into a piece of psych-gospel as the cranes represents regeneration and optimism for the future. Closer ‘The Impossible Idea’ echoes this sentiment that somehow, we have to keep believing in things getting better, even though it may look unlikely.

In a different approach from the man who wrote ‘The Eton Rifles’ and was one of the prime movers behind Red Wedge, there are no sloganeering calls to man the barriers. As the album’s title suggests, Weller sees the way forward through understanding, and part of that process is reflection. In his deep, oaky croon, ‘New York’ sees Weller sing “every day I’m grateful”, clearly a reference to his recently-found domestic bliss, but that seems to radiate throughout the record and infect every nook and cranny.

Musically, A Kind Revolution seems at odds with his last three albums, but it is of a piece with them insofar as it shares Weller’s trademark attention to detail of those records. ‘She Moves With The Fayre’ features ‘70s cult figurehead Robert Wyatt on trumpet, making for a jazzy and sultry moment. ‘Long Long Road’ is much more conventional by comparison, a string-laden ballad with an anthemic chorus built for the live arena, but it sits well with the soulful, gentle rockers like ‘Woo Sé Mama’ and ‘Nova’. ‘One Tear’ is incredibly impressive, mixing elements of dub and funk to creative an excellent groove that carries it easily through its six minutes. The bucolic strumming of the forgettable ‘Hopper’ and the anonymous ‘Satellite Kid’ are the couple of negative aspects to report, seeming rather workmanlike in comparison to the record’s body.

But while there are a handful of weak moments, everything on A Kind Revolution is done with such a beautiful and effortless lightness of touch that it’s impossible not to at least admire. As Paul Weller prepares to enter his sixties and clearly has no intention of slowing down or even looking backwards, there’s every hope, evidenced here, that there’s another decade of great form ahead of him. (7/10) (Ed Biggs)

Listen to A Kind Revolution here via Spotify, and tell us what you think below!