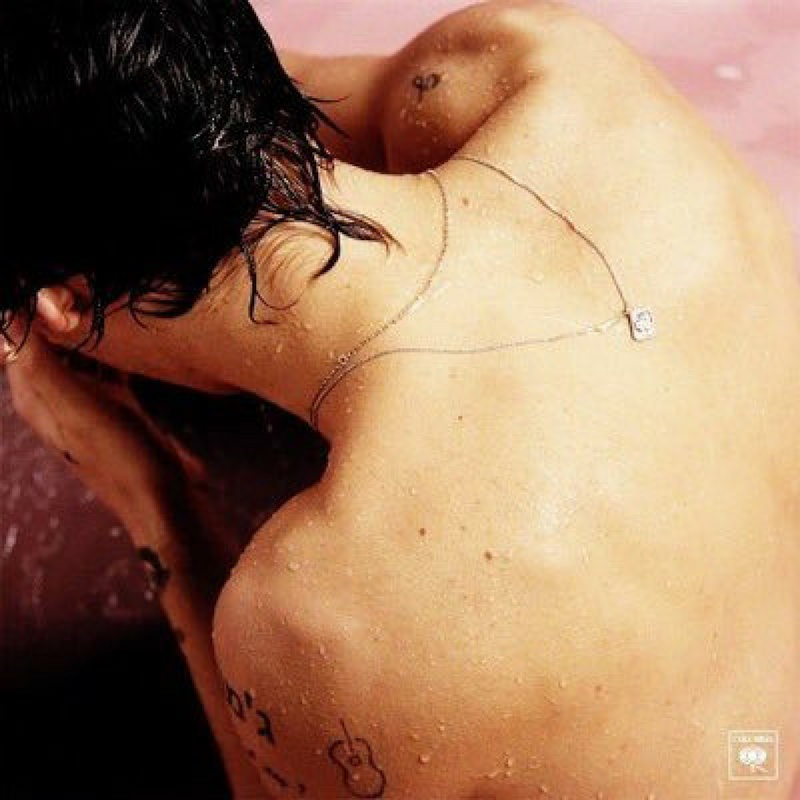 Stepping out of the shadow of One Direction for the first time, Harry Styles’ self-titled debut is confident, surprisingly enjoyable and mostly credible.

By releasing his solo debut album, Harry Styles surprised everyone with a sound that steps away from the music which his former band, One Direction, was making just a few years ago. Harry Styles is a tribute to the singer’s idols from the ‘60s and ‘70s, a record infused with rock music and polished by the producer Jeff Bhasker (Kanye West, Bruno Mars, Rihanna). The self-titled record was a chance for Styles to reveal his more honest and emotional side, and delivers songs that speak of heartbreak, joyously, as well as the inevitable turmoil of being a young and famous pop star.

The album revolves mostly around Styles’ love affairs and women that have influenced him enough to write songs, such as ‘Carolina’ where he speaks about a girl who’s got “a book for every situation, gets into parties without invitations” and where he finally asks, “how could you ever let her down?”. The theme continues throughout the LP, allowing Styles to open up about a failed relationship on ‘Two Ghosts’, a gentle ballad with a hook that is guaranteed to stay with the listener for more than the time being of the song.

Halfway through the album, the energy changes. A bit of glam rock, straight from the ‘70s sneaks into the next couple of songs, which make it possible for Styles to introduce himself as a charismatic performer. ‘Only Angel’ and ‘Kiwi’ allow him to let go for a few minutes and scream out what he like about ‘such a pretty face, on a pretty neck’. Both songs seem to put Styles in a position where he is either ‘losing it’ or admitting that ‘there’s nothing I can do about it’ in the face of intricate relationships.

By the end, the album goes back to the more atmospheric and intimate mood, with Styles showing his vulnerable side, on some of the most compelling tracks on the debut. The time slows down for a little while on songs such as ‘Ever Since New York’, ‘Woman’ or ‘Meet Me In The Hallway’ where Styles paints a picture of an emotional young man who nevertheless, has been going through the same things as many of his contemporaries.

At the same time, the album which was so highly anticipated doesn’t seem to bring anything truly exciting to the table. The revelations about empty hotel rooms and getting ‘drunk by noon’ aren’t necessarily new, though certainly true to Styles. The comparisons to some of the most progressive and iconic musicians of all times (such as David Bowie and Mick Jagger), which the media have made, set the expectations very high and might overshadow the actual value of the album which, at the end of the day, is a very solid and cohesive debut.

The one thing that the album is definitely lacking, is the ability to say something more than just descriptions of what Styles might have been going through. Although, the intent of being honest can definitely be found on most of the tracks, Styles is not really capable of fully expressing his doubts, pain, or any other emotion that pushed him to write a particular song. Regardless of the album’s bold and charismatic demeanour, Styles makes himself seems to be using clichés when describing the relationships, and most notably the women who drive them.

The album is a weird mixture of a mature sound combined with lyrics that remind the listeners that Styles is in fact only in his early twenties – lusting after a “good girl” who turns into “devil in the sheets” in “skirt that short” that he couldn’t take her ‘home to mother’. Although, Styles’ candidness is appreciated, it might be difficult for some of the listeners to relate to his rock ’n’ roll way of living and slightly boyish attitude.

Harry Styles has definitely stepped up as a songwriter and there is no doubt that this is just the beginning of his music career. The album radiates with his charismatic personality and genuine passion for the music that dominated the charts decades ago. However, Styles himself will need to find a more mature and a bit more sophisticated way to reach for the heights that he treats as an inspiration. Fortunately, Styles decided to make it relatively short and sweet and include only ten songs on the album, which makes it a smooth and pleasant listen, with a lot of interesting ideas, but a lack of depth in the execution. (6/10) (Alicja Rutkowska)

Listen to Harry Styles here via Spotify, and tell us what you think below!