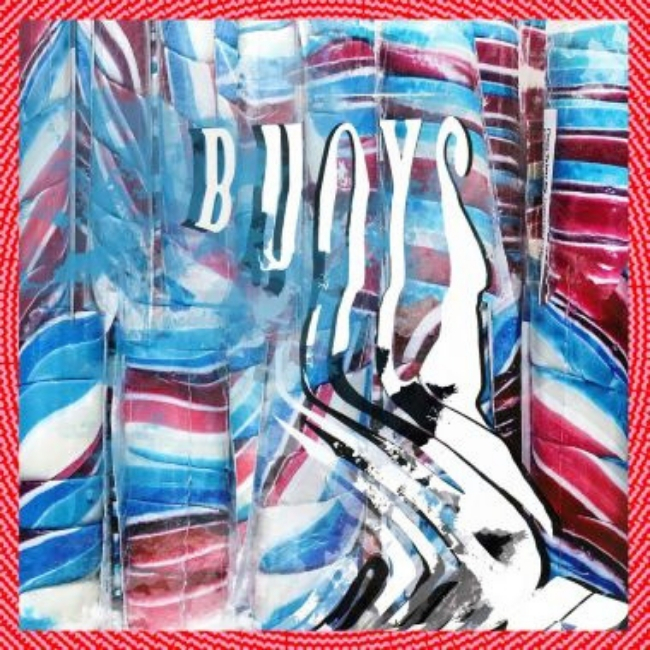 Under the well-worn alias of Panda Bear, Noah Lennox of the legendary experimental pop outfit Animal Collective has released his sixth solo effort. Buoys dances the line between expansive and claustrophobic, managing to be an entirely frustrating but wholly enjoyable listen at the same time. Destined to be a divisive record in terms of acclaim as Panda Bear himself predicted, Buoys continues with the aquatic theme Animal Collective took for a ride last year with Tangerine Reef. While being curiously inspired and informed by frequent collaborator and producer Rusty Santos (2004’s Sung Tongs by Animal Collective, and Panda Bear’s own 2007 masterwork Person Pitch) and his work with “sad trap, Latin trap, reggaeton”, stylistically Buoys sounds nothing like those genres, yet its hidden booming bass adds a bit of glam to its otherwise eerie, spaced-out sound of distant acoustic guitar strums and ‘plinky plonky’ production.

With Panda Bear’s usual playfulness and rhyme, Buoys carries stories of solitude, honesty and all-encompassing connectivity. Opener ‘Dolphin’ paints a serene visual and sonic picture of one possibly floating in the middle of a vast ocean all the while discussing sacrifice and partnership. Underlined by deep bass and topped off with sounds of water droplets, it’s all you really need to hear to decide whether Buoys is an album you’re going to click with. Next track ‘Cranked’ essentially walks the same acoustic path, albeit a slightly darker one – if we really want to continue with the water narrative, we’re diving deeper into the ocean, okay. Now the water drops are replaced by surprisingly calming shooting pew-pews of a video game, adding to the momentum furthered by the subtle backbeat of “Skip to the beat / Get the part in the band / Heat in the heart / With the weed in your hand”, as if skipping pebbles on concrete for hopscotch is what we’re up to.

‘Token’ spruces things up with a tempo change and a whiff of playfulness, all the while sporting visuals of familiar modern comforts of our society like buildings and robes, narrating the constant rush and need to produce work (though the line “a slap on a jelly ass” raises some interesting questions). Though, however different thematically these songs are on paper, they all sound pretty much the same, the only real stand out track that breaks up Buoys and makes one furrow their brow being ‘Inner Monologue’. Here, the acoustic guitar is in its most neutral and melodic, while a sample of a woman whimpering and crying echoes underneath Panda Bear ruminating how hard eye-to-eye connection can be in the age of screens (all the while managing to avoid the usual condescending tone that follows the topic). It packs most dynamic punch and melodic equity, as well as warming up the otherwise cold mood colouring of the album.

Depending on your mood and mental state, Buoys can either make or break you. The echoey, repetitive strum of acoustic guitar, uncharacteristically confrontational vocals that sit right on top of the mix and the overarching damp and blue-tinted production, reminiscent of water sloshing around in a metal flask, could potentially drive one insane. Why? Because for all that it’s worth, Buoys is a stylistically unified listen almost to a fault, without grand highs or lows. It’s no Panda Bear Meets The Grim Reaper, where grappling with mortality was enveloped in a danceable, textured outfit that could find its home in a basement rave at 3am.

Instead, Buoys comes and goes, without trying to convince you of anything, contained within itself, without pretension. Not revolutionary, but an interesting addition to the wild kaleidoscope that is both Panda Bear’s solo career and his wider work with Animal Collective. After all, 20 revolutionary years in the game, one might as well make 30 minutes of songs that just sort of slosh around without growing into a huge crescendo of emotion. Maybe a sense of calm is something the music scene needs. (6/10) (Aiste Samuchovaite)

Listen to Buoys by Panda Bear here via Spotify, and tell us what you think below!