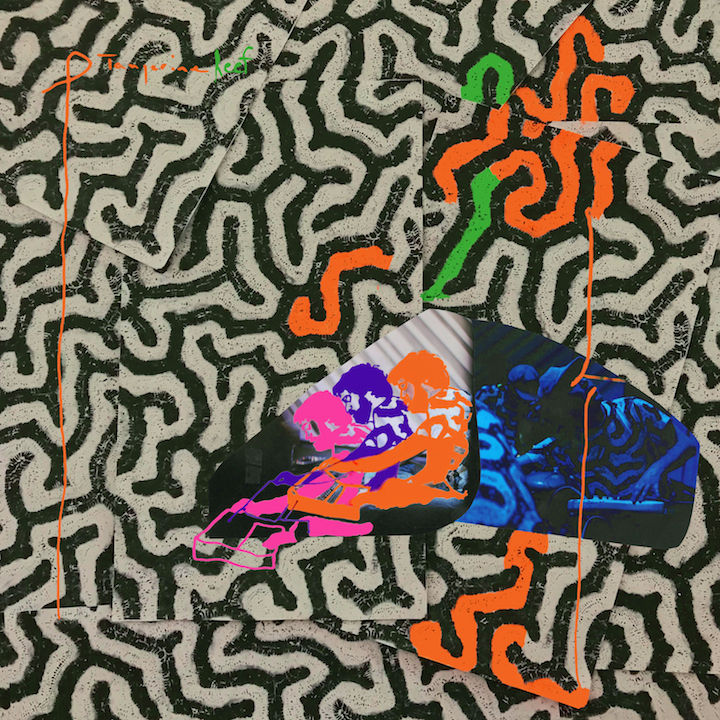 Without Panda Bear for this latest audio-visual project with Coral Morphologic, Animal Collective produce a curious yet compelling suite of watery psychedelia in ‘Tangerine Reef’.

The music scene always craves something fresh, and the American experimental pop frolickers Animal Collective sure are ones to deliver that, consistently releasing innovative material for more than 20 years now. Whether it’s the abstract psychedelic folk of Sung Tongs, the soft and sunlit Feels, cult favourite hyper-pop beast Strawberry Jam or their previous Dadaism and Ramones-tempo-infused Painting With, they have always surprised their adoring audience. Flinging themselves from one extreme to another, their newest effort Tangerine Reef is an immersive yet viciously pop-devoid, meditative audio-visual experience that commemorates the International Year of the Reef of 2018. Lots of buzz words there, yet it’s fitting for a 52-minute-long impressionistic, almost electro-acoustic piece on cause and effect, relativity, and flow of time.

Tangerine Reef is the second collaboration between Animal Collective and Coral Morphologic – an art-science duo consisting of musician J. D. McKay and marine biologist Colin Foord. The early roots of the album sparked in 2017, when Borscht Film Festival commissioned a collaboration between AC and Coral Morphologic “celebrating the cosmic synchronicity of sex on the reef” at the New World Center on Miami Beach. The slow-morphing imagery of vibrant corals in Tangerine Reef does have a certain suggestiveness to it as well as being the literal visuals of the coral reproduction process, yet, alongside the music, it comes off as a wider, more general comment on how nature and living beings always adapt and persist no matter the circumstances, constantly “breathing” and shifting.

The uninterrupted nature of the existence of corals perfectly syncs up with the rise and fall of Animal Collective’s arrangements, adorned with almost unintelligible, gargled vocals of Avey Tare, and pull the listener away from any straightforward meaning and interpretation of words to a purely sonic experience. The far-away sounding plonks of metal, drone sounds and cries of organ all seem to reach one through a layer of water, making Tangerine Reef a play of subtlety. The moods and themes of the songs shift almost unnoticeably until the stark contrast between the peacefulness and melancholy of ‘Hair Cutter’ and almost futuristic doom of ‘Coral Understanding’ strikes one quite strongly, after quickly flipping through the songs rather than experiencing them as one continuous unit. ‘Inspector Gadget’ houses a keyboard section reminiscent of Arca on tranquilizers.

The atmosphere of Tangerine Reef goes from threatening to almost dance-y between ‘Coral By Numbers’ and ‘Hip Sponge’ that sounds, well, hip with the music being granted something that could almost be called a beat section, followed by brighter vocal inflections. Yet, Animal Collective stay true to their cause in emulating the ebb and flow of corals, and sonically Tangerine Reef is consistent from start to finish. It simply forces the listener to lean into its subtlety and, while sounding practically unpredictable, stop chasing the familiar.

All that said, Tangerine Reef raises quite a few questions. Can it be successfully listened to in full and enjoyed as an experimental piece of pop music, separate from its visual accompaniment? Does it hold meaning as a piece of audio without its environmental context? How well can this be translated into live performances, as Animal Collective are known for their energetic, highly stimulating gigs, attacking the audience with bright projections, throwing off even the most loyal of fans with their improvised musical transitions?

Tangerine Reef is undoubtedly a polarizing release, but, theoretically, it’s nothing too unexpected from a band that constantly changed shape and sound throughout the years. The album’s lack of catchiness and accessibility could be attributed to Panda Bear, the main mastermind behind the band’s pop sound, not being part of the project, but it shows range if nothing else. Animal Collective yet again remain the ‘wild card’ of the music industry, always staying true to what truly attracts and inspires them. If it’s a meditative, flowing audio representation of corals in water, so be it. Animal Collective have more than enough material to dominate the charts and collect crowds, and one practically beat-less album won’t change that. (7/10) (Aiste Samuchovaite)

Listen to Tangerine Reef by Animal Collective here via Spotify, and tell us what you think below!