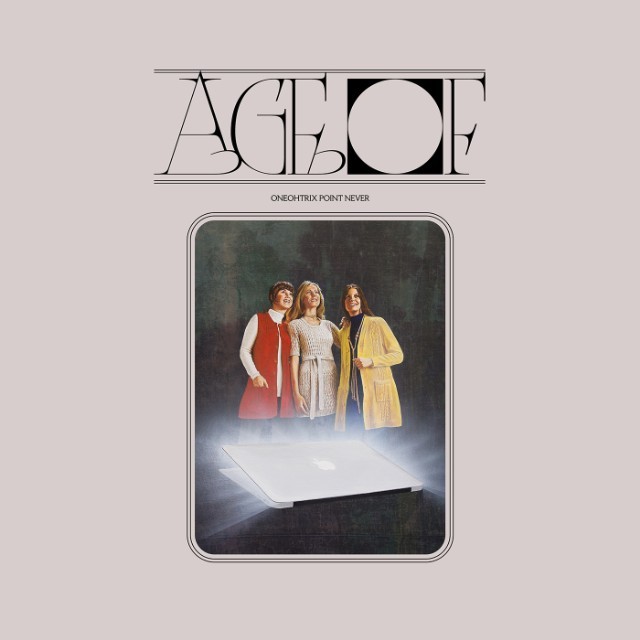 For over a decade, American producer Daniel Lopatin has by turns impressed and baffled audiences with his bewilderingly diverse take on the myriad sub-genres of electronica under his Oneohtrix Point Never moniker, in a career that’s allowed him to work with the likes of FKA twigs to Iggy Pop. Having completed work on his brilliant score for 2017’s Palme d’Or-winning movie Good Time, Lopatin retreated last summer to a glass house in his native Massachusetts – his version of Bon Iver’s ‘cabin-in-the-woods’ isolation experience – to craft a collection of “weird little nightmare ballads”.

The end result is his ninth studio album, Age Of, which is more of an enjoyably messy morass of contradictions than anything else in his impressive catalogue, including the impressive Garden Of Delete from 2015. On a surface level first-listen, it seems to be one of his most accessible, but in fact turns out to be as inscrutable as an Aphex Twin B-sides collection; conventional structures rub up against drowsy song-sketches that prick the listener with anxiety; beauty contrasts with horror; light with dark. Constructed mainly from pianos, MIDI harpsichords and stark vocals – Lopatin actually sings far more here than on any previous 0HP release – it also features British wizkid James Blake as an additional producer.

‘Babylon’ is a clear standout, a cold but heartfelt electronic ballad that showcases Lopatin’s potential utility as a producer for mainstream stars with its tastefully Auto-Tuned vocals that bears Blake’s hallmark. That is, until, it burns itself out with no warning. The same goes for the disconcerting ‘We’ll Take It’, with its trap-like, spidery rhythm. Other highlights include ‘The Station’, constructed from a warped acoustic guitar riff that’s snipped and stark, and which is gradually bombarded and overwhelmed by other elements as the track progresses. The playful ‘Toys 2’ is an imagined soundtrack for a sequel to the Pixar film of the same name; the narcotic soundscapes of ‘Still Stuff That Doesn’t Happen’ and the lead single ‘Black Snow’ feature strong aspects of jazz.

Every track is different to the rest, yet all are within Lopatin’s wheelhouse of wild invention, and the worst you could say about any of them is that they’re merely interesting. The woodwind oddball ‘RayCats’, the Squarepusher nightmare of ‘Same’ and the cascades of harpsichord on the title track fit this bill. Occasionally, there’s the odd underworked idea that you kind of want to hear where it might have went – there are 13 songs dispatched under three-quarters-of-an-hour here – but even they contribute to Age Of’s overall feeling of joyous disorientation.

So, while Age Of represents a couple of notable firsts in Lopatin’s Oneohtrix Point Never work, it’s nevertheless entirely in keeping with what’s come before. (7/10) (Ed Biggs)

Listen to Age Of by Oneohtrix Point Never here via Spotify, and tell us what you think below!