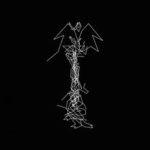 Front cover of ‘Garden Of Delete’

Roughly a decade ago, when the internet started producing stars, everybody thought that the revolution would lead to artists bypassing the normal music industry model of finding success. Artists would attract fans to their own platforms, therefore making the A&R departments of the labels redundant. However, after a brief flurry in 2006 of artists of artists of who have lasted (Arctic Monkeys) and many others who haven’t (Sandi Thom), the industry didn’t turn upside down as expected, at least as far as mainstream penetration was concerned. The lasting impact the internet has had has been on the underground scene, with ‘bedroom’ artists recording homemade pieces, aided by the massive proliferation of music available on YouTube et al, gaining much greater significance.

Brooklynite Daniel Lopatin, recording under the name Oneohtrix Point Never since 2007, has been one of the most consistent, gaining a word-of-mouth reputation with ‘Nobody Here’, which took a minuscule fragment of Chris De Burgh’s derided ‘Lady In Red’ and turned it into an inexplicably moving mood piece. Now on his eighth album, and second on the prestigious Warp Records, Lopatin has made something quite different from his previous work with Garden Of Delete. Inspired by the mixed reactions he received supporting Nine Inch Nails on tour at the end of 2013, it sticks to his electronic template but adds several foreign and naturalistic elements, ranging from the alternative rock of Lopatin’s youth to violent bass drops almost reminiscent of EDM, which he claims to have gained a greater understanding of through having been on the road.

Garden Of Delete is an album of binary opposites existing in the same physical space, like a seemingly random patchwork of styles with no pattern but nevertheless obeys its own internal logic. Take the first proper track ‘Ezra’, which introduces us to the humanoid alien protagonist who is perpetually stuck in puberty. It’s a cipher through which Lopatin reminisces about and regurgitates the influences from his own teenage years, and the music is a blur of digital wooshes and creepy, desiccated guitars. Here, and on other highlights like ‘Sticky Drama’ and the industrial flamethrower of ‘I Bite Through It’, the music never resolves itself but the ride is a thrilling one, even on fourth and fifth listens. On ‘Mutant Standard’, you can hear the influence of EDM in the builds and drops, though they’re deployed much more intelligently.

Though opposites exist side by side on Garden Of Delete, it’s Lopatin’s skill as an arranger that makes it an attractive proposition to continually revisit and find new things in. A lesser artist would simply have made the confusion messy – here, that chaos is compelling. Soft, pulsing beats suddenly lurch into drilling blasts of nu-metal percussion; abrasion suddenly becomes smoothness; violence and beauty, wonder and disgust become blended together, indistinguishable as sensations.

Lopatin has gone to great lengths to create a concurrent, digital universe for Garden Of Delete to dwell within, creating a ton of paraphernalia like fake Twitter accounts and backdated blog-posts going back to 1994 to flesh out his protagonist, but the music is the most important aspect, and it’s a strange, confusing but frequently moving experience. His existing hardcore fanbase may find it a startling departure, but it makes for an interesting entry point to the rest of his back catalogue for the uninitiated, depending on what the listener is willing to bring to the table. (7/10)

Listen to Garden Of Delete here, and tell us what you think!