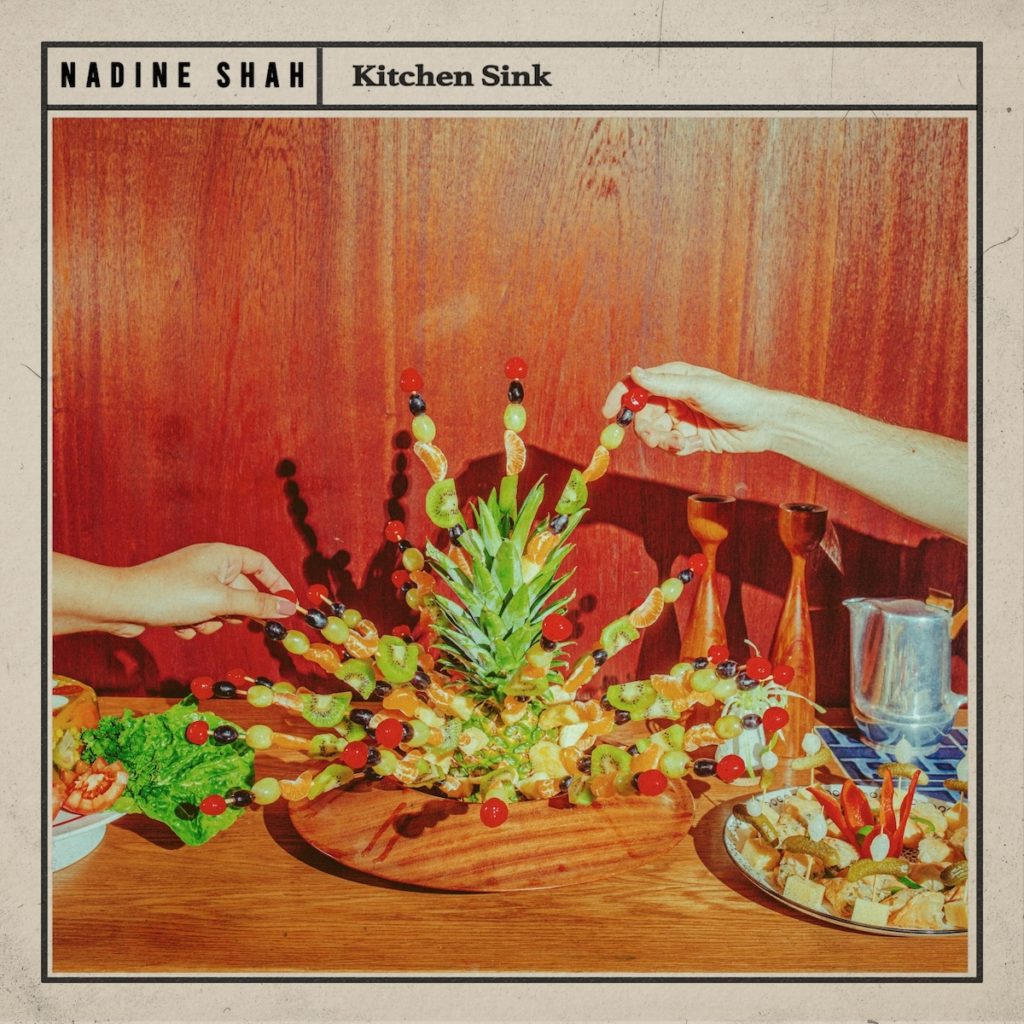 Active for several years but eventually getting wider recognition and exposure in 2017 for her Mercury Prize-nominated third album Holiday Destination – which really ought to have won outright – Nadine Shah belatedly earned her rightful reputation as one of Britain’s finest songwriters because she directly tackles societal issues in a very empathetic way. That last record, for example, addressed Europe’s refugee crisis in part by drawing upon her own experiences of identity and discrimination (Shah is a Muslim woman of Norwegian and Pakistani heritage). More than any of her previous records, her latest album Kitchen Sink is a more immediate and personal document, confronting the often overwhelming nature of societal expectations of women in their mid-thirties – to have a career, have a family, keep a home, and collapse all those financial and emotional achievements into a shrinking timeframe.

Shah critiques the issues with dark humour and immense compassion so striking that anyone can understand. The form of Kitchen Sink is an absolutely perfect vehicle for communicating the content that she wants you to hear. Rather than adopting the chest-thumping, post-punk urgency that characterised Holiday Destination, the songs here make their point with more subtlety and less immediacy – something that reflects the insidious yet all-pervading of those pressures towards convention and domesticity that can wear down even the most determined of minds. You can also see this in the record’s lurid front cover, evoking conventions of females as domestic goddesses and hostesses, as if asking you to consider how much women’s roles have really changed.

The lead single ‘Ladies For Babies (Goats For Love)’ is easily the most direct expression of Kitchen Sink’s themes, with brilliant lyrics like “He wants his lady / To be a lady / To care less, be hairless / All he wants in fairness / Is a baby” poking at the male psyche, but is a bit of a red herring for the rest of the record. Quite a bit of Kitchen Sink recalls early PJ Harvey in its stripped-back austerity. The insistent, unsettled demeanour of ‘Trad’, for example, reflects the anxieties of its protagonist wondering whether she ought to freeze her eggs, while ‘Kite’ is ghostly and spartan. Title track ‘Kitchen Sink’ is about trying to block out society’s expectations, mentioning “curtain twitchers” and a “gossiping, boring bunch of bitches”, and is probably the best illustration of the album at its most characteristic.

But the often-overlooked element of humour in Nadine Shah’s music is here too – the sarcasm in the delivery of “I am aware of the passing of time” in ‘Dillydally’, concerning all those warnings of biological clocks ticking, is pointed and withering. Opener ‘Club Cougar’, whose guitars are treated to resemble blasts of horns, is also playful and subversive, as is the strapping, swinging beat underpinning the faster-paced ‘Walk’ (“running gauntlets / swerving perverts”) and the post-punk / bar-room blues collision of recent single ‘Buckfast’.

After you’ve given it a few listens, it becomes clear that Kitchen Sink is Nadine Shah’s most accomplished and important album so far. Every track is carefully executed with economy and flair, with Shah pulling off a balancing act between addressing important issues of ingrained expectations of domestic, interpersonal relationships while having tremendous fun to boot. (9/10) (Ed Biggs)

Listen to Kitchen Sink by Nadine Shah here via Spotify, and tell us what you think below!