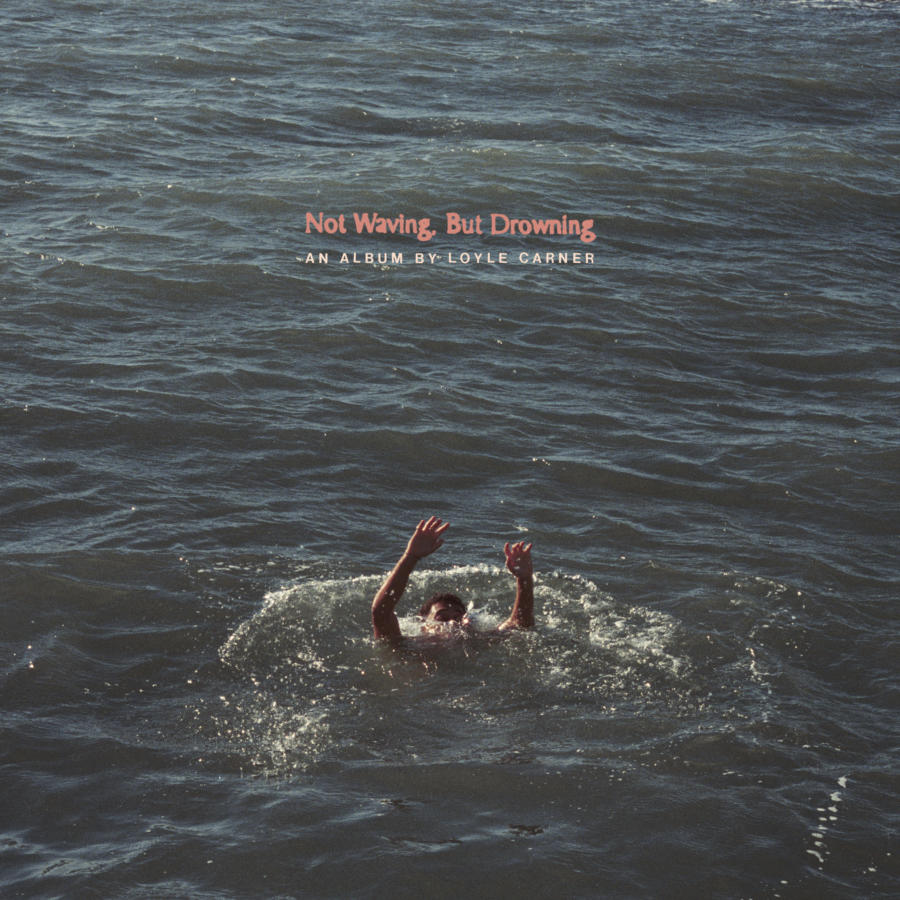 Sophomore effort ‘Not Waving, But Drowning’ buttresses the reputation of Loyle Carner as one of the most intelligent and empathetic voices in British music.

One of the best debut albums of 2017, Yesterday’s Gone established Loyle Carner as one of the brightest young stars of British music with his refreshing and disarming confessional style that’s stereotypically at odds with the aesthetic demands of hip-hop. With introspective moods and personal subject matters, mainly to do with his family and childhood, that surrounded his songs turned vulnerability and self-doubt into strengths. From the opening notes of ‘Dear Jean’, a heartfelt message to his mother prompted by her sadness that her son doesn’t spend as much time with her anymore after he met his new girlfriend (“fallen for an angel from the skies”), it’s clear that we’re very much in the same headspace on sophomore effort Not Waving, But Drowning.

Musically, not that much has changed either. The album’s lead single ‘Ottolenghi’, which appeared at the end of last year, was an accurate trailer for the contents of Not Waving, But Drowning in both musical and thematic terms. Fused with Jordan Rakei’s backing vocals, as clear and clean as morning sunshine, it was a thoughtful treatise on ignorance, and this mood of ambient, late-night reflection is consistent throughout, almost to a fault. Every beat, every sensual piano riff and decorative flourish of jazz instrumentation has been carefully placed and arranged so as to bolster Carner’s vocals, and those of his guests, but never steal focus from them.

The sensual minimalism of ‘Desoleil (Brilliant Corners)’, with its star turn from Mercury Prize-winner Sampha, the blissful, giddy jazz/hip-hop hybrids of the back-to-back duo ‘Angel’ and ‘Ice Water’ all cleave very closely to that template. Not only does it suit Carner’s soft flow down to the ground, but it also makes for a very singular experience all the way through. The harder beats of the brassy ‘You Don’t Know’, the mixed-race consciousness of ‘Looking Back’ and ‘Sail Away Freestyle’, which acts as an otherwise uncluttered showcase for Carner’s calm, literate flow, put Not Waving, But Drowning in more traditional hip-hop territory in its second half. The wonderful recent single ‘Loose Ends’ with Jorja Smith sounds like the work of a happy but grateful man reflecting on his journey to his current success.

Where Not Waving, But Drowning is somewhat different to its predecessor is its topical scope, and Carner’s skilful descriptions and explorations of his own experiences and emotions and how they might apply to other people, embracing a certain universality that wasn’t there before. The sub-minute spoken-word piece of the title track ‘Not Waving, But Drowning’ gets to the heart of this, addressing how people often put on masks to disguise struggles underneath and how society often wants to turn a blind eye to personal hardships. The duo of ‘You Don’t Know’ and ‘Krispy’ is about bromance, both concerning Carner’s friend and collaborator Rebel Kleff, while ‘Still’ sees him ponder on the strength of new relationship and how it’s both buttressed and undermined by his ADHD. All of it’s done in an extremely empathetic and self-aware manner, making Loyle Carner one of the most intelligent voices in British music.

Yes, it can be sentimental on occasion and may to some cynics feel like a re-tread of Yesterday’s Gone, but its sincerity and the skill with which Loyle Carner expresses these sentiments means it never threatens to melt into glibness or mush. Besides, if you’re so good at turning a trick, you should turn it again. In probing and exploring his own vulnerabilities and reflecting on his success in such an intelligent way, Benjamin Coyle-Larner invites us to reflect upon ourselves – to hold ourselves to account, but not beat ourselves up either. Not Waving, But Drowning is yet another success for both form and substance in British hip-hop. (8/10) (Ed Biggs)

Listen to Not Waving, But Drowning by Loyle Carner here via Spotify, and tell us what you think below!