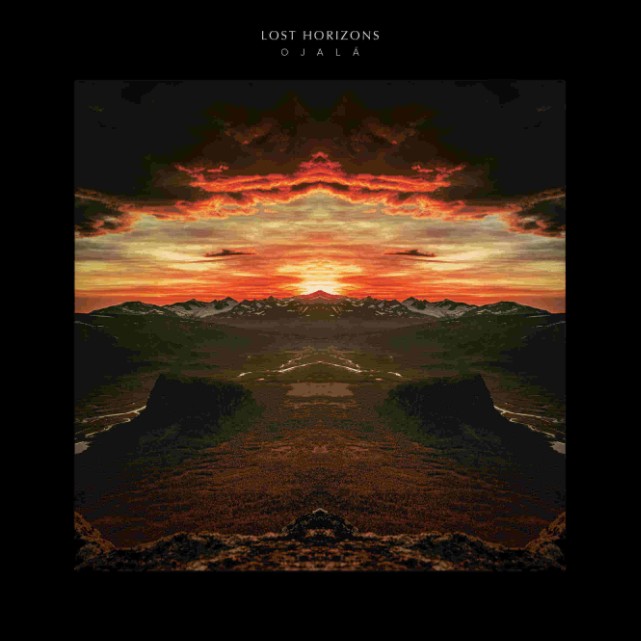 Lost Horizons’ ‘Ojalá’ is an album that makes you feel melancholic and nostalgic, but for all the wrong reasons.

After paying his dues in the industry side of music for the past 20 years, amongst other things, running his own label Bella Union, former Cocteau Twins member Simon Raymonde decided it’s time for a musical come back. Teaming up with Richie Thomas of Dif Juz fame and hoping to “[recapture] that feeling when you’re 15, making music with friends” Lost Horizons was formed and recording of Ojalá began.

The band is a super group of sorts, inevitably drawing comparisons to This Mortal Coil, an Ivo Watts-Russell-run ‘art project’ that brought together various members of the label 4AD. In a similar fashion, Raymonde brings together an abundance of guest vocalists, mostly from across the Bella Union artistic line up, to add their own twist to each track, with varying degrees of success.

The album opens up with ‘Bones’, and if you’ve ever listened to a Cocteau Twins B-side, you’ll know what to expect. Built on a carcass of a softly played piano and Thomas’ consistent but non-evocative drumming, the song struggles to ever come to any sort of climax. The guest-vocalist-of-the-day Bethany Canon tries to rectify this by occasionally tapping into her inner Janis Joplin along with her best Kate Bush impersonation, but if anything, it just comes off as overbearing.

Unfortunately, most of Lost Horizons’ songs fall into the same trappings. Capturing all of the ethereal, inoffensive backings of dream pop, but none of the substance, mostly failing to stick with you in any meaningful way. Even after ten good listens, I would find it hard to hum or quote ‘The Places We’ve Been’.

Not to say that all of the tracks are completely forgettable. Lost Horizons, perhaps by virtue of Simon Raymonde’s experience with this kind of music, or by pure chance, manages to cobble up a few genuinely pretty songs. ‘Amber Sky’ is one of them. Even though on paper, it isn’t instrumentally or structurally different from the aforementioned tracks, somehow the piano harmonies are perfectly dream-like, and Thomas’ playing is perfectly steady and groovy, and Soffie Viemose manages to get the vocal delivery just right. Which makes it all the more sad knowing what most of these cuts could have been if more time and attention to detail was spent on them. The entire basis of the album was apparently recorded in a semi-improvisational four-day session, and it shows.

Another notable example is ‘Reckless’, which also hits the mark with its softness. This time, Ghostpoet’s vocal timbre lifting it above the usual balladry into full on melancholia. ‘Give Your Heart Away’ is also worth a mention as an atypical foray into jazzy territory.

Ojalá is an album that makes you feel melancholic and nostalgic, but for all the wrong reasons. Bringing back fond memories of better dream pop, without ever giving you the same kind of sensation, with the better tracks on the album somehow just rubbing that fact in your face. While I’d never bash an artist for wanting to have some fun making music without any obligation to anyone, sometimes those drafts are better left as drafts. (5/10)

Listen to Ojalá by Lost Horizons here via Spotify, and tell us what you think below!