PROFILE: An Introduction to Cocteau Twins 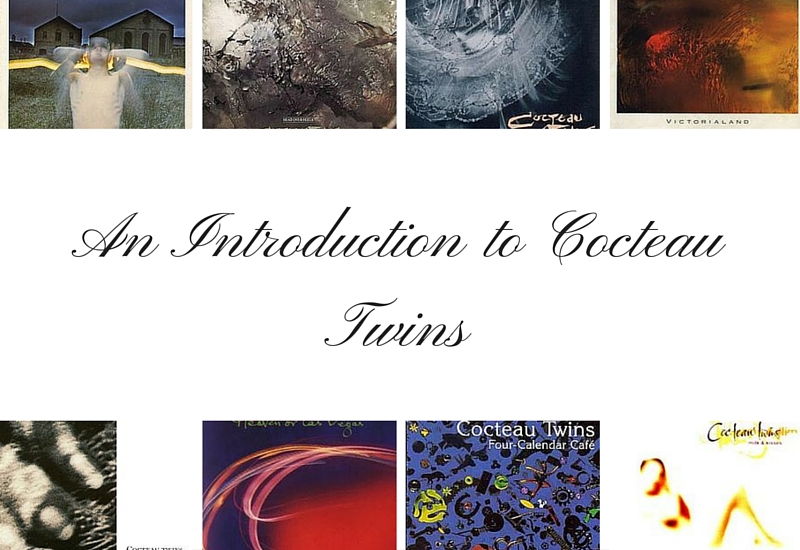 Few bands from the indie explosion in Britain during the 1980s were, and remain, as iconic and impenetrably mysterious as Cocteau Twins. Formed in Grangemouth in Scotland in the early 1980s, the three-piece of singer Liz Fraser, guitarist Robin Guthrie and bassist Will Heggie (replaced by Simon Raymonde in 1983) sounded quite unlike anything else on the indie scene during the fertile ‘80s, and the curious magic they created together has been one of the most imitated (but rarely equalled) in indie music ever since. The ‘dream pop’ sub-genre was pretty much entirely created by them, and all manner of indie, gothic rock, post-rock and shoegazing acts owe a sizeable debt of gratitude to their unique musical vision.

What’s often startling when you first encounter Cocteau Twins’ music is how utterly unlike anything else it was then, and still is now. Consisting of heavily reverberated and echoing guitars, tape loops, drum machines, their musical compound was sensual, wraithlike and, to use that appallingly overused rock journalism cliché, ethereal. From this disorientating yet calming mist, Liz Fraser’s fragile, siren-like voice emerged and receded, her words almost always indecipherable and frequently acting as another instrument in the mix.

Frustrating, you might think, but that’s the whole point of Cocteau Twins. They’re very much a subjective experience for each individual listener, with Fraser’s snatched, half-heard words and glossolalia combining alchemically with the intoxicating music, seeming to speak to some greater, hidden truth. It seems to trigger a different part of the listener’s brain than conventional pop music does – you can close your eyes and imagine whole, private universes as the sonic vistas sweep by – what matters is not what Fraser actually is singing, it’s what you believe she’s singing that’s important.

This was bought into by Ivo Watts-Russell, the owner of 4AD records, who snapped up the band on the strength of demo tapes alone, and it was to be a match made in heaven. There’s been few instances of a record label’s aesthetics being so closely associated with one band’s sound (or vice versa) ever since, as 4AD’s long-standing commitment to ground-breaking indie was mirrored in Cocteau Twins’ highly distinctive music, and continues to this day in the form of some of the label’s current stable of artists. Check out Megan James of electronica duo Purity Ring, and try arguing that’s not an electronic, 21st century re-statement of the same musical values as Fraser and her bandmates.

Their stubborn refusal to play the music business game, rarely revealing anything of their private lives during their tight-lipped and infrequent interviews, never even having their pictures taken for record sleeves, divided fans and industry insiders. However, it allowed them to retain their mystique, with their ethereal sound and deeply strange song titles, consisting of poetic or often made-up words, the only clue as to what they might sound like – fey, quixotic, unknowable and seemingly existing outside of time and musical fashion altogether.

Evolving their sound in gradual steps, their third album Treasure in 1984 seemed to be the first complete statement of Cocteau Twins’ musical values, and continued through a fertile golden period lasting until 1986, covering several brilliant EPs and fourth album Victorialand. A creative and aesthetic re-tuning came in 1990 with their highest-selling album Heaven Or Las Vegas, a sparkling and comparatively commercial offering inspired by the birth of Fraser and Guthrie’s daughter Lucy-Belle the year before. For the first time, you could actually hear what Fraser was singing, and the public responded warmly as the group resumed touring.

However, Cocteau Twins departed 4AD for the major label subsidiary Fontana in the early ‘90s, who released their final two albums Four-Calendar Café and Milk & Kisses before the group called it a day in 1997 in the middle of sessions for an unfinished, unreleased tenth album. Largely due to practical reasons stemming from the disintegration of Fraser and Guthrie’s own relationship, the group had becomes stuck in something of a rut in any case, but it was a sudden and sad end to one of indie’s most venerated institutions.

Strangely enough, after Cocteau Twins’ break-up all of the members quickly became involved in projects that made them more famous than the group’s 15 years of recorded output ever did. Liz Fraser’s most well-known work came when she provided the astonishing vocals for Massive Attack’s Top 10 hit ‘Teardrop’ in 1998, while Guthrie and Raymonde founded the iconic independent label Bella Union in 1997, which has since released several iconic indie albums since by the likes of Midlake, Fleet Foxes and Beach House.

As an introduction, one could do worse than their greatest hits collection Stars And Topsoil, which scoops up their album and EP highlights up to 1990. But for those wanting something a little deeper and wondering where to start with their rich and intricate discography, here’s a run-down of their nine studio albums and our own ‘Introduction To…’ Spotify playlist!