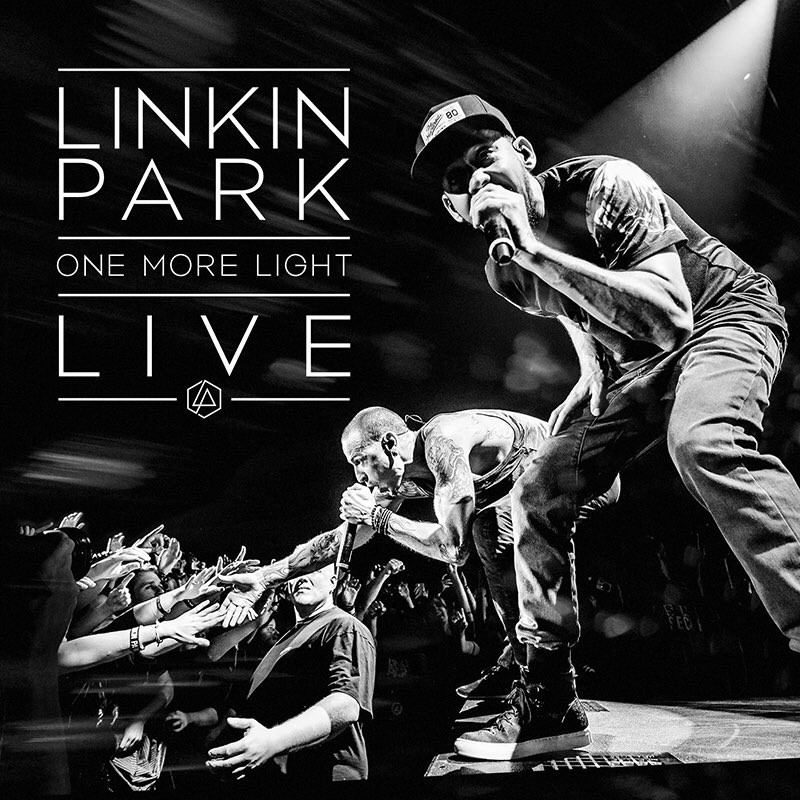 Linkin Park’s live album ‘One More Light Live’ acts as a more effective document for its parent album, and provides a fitting tribute to Chester Bennington.

Although it tragically turned out to be their epitaph, Linkin Park’s appalling One More Light album was undoubtedly one of 2017’s worst LPs. To use the term ‘selling out’ may have came across as impulsive at first, but listening to the entire album, and knowing the fact that the band worked with mainstream pop songwriters on songs like ‘Heavy’, it’s hard not to think that this career move was an attempt to expand their audience at the expense of their hardcore fanbase.

After yours truly witnessed their spectacular performance at Download Paris, the new material felt somewhat insipid and vacuous at the time in comparison with the classic singles. But the last six months, and the horribly sad death of Chester Bennington, has offered time to reflect and I’ve found that the opinions I held back in June have changed – but only slightly. The newly released One More Light Live, which captures sixteen live performances on the European leg of the One More Light Tour that would be Bennington’s last, has cemented that shift.

The opening track ‘Talking To Myself’ begins with these electronically-induced vocals that gives instant goosebumps to the listener before the introductory synthesizers kick in. Before, ‘Talking To Myself’ seemed cringy and obnoxious but is now actually one of the highlight entries from One More Light and this live album. But ‘Battle Symphony’, conversely, was always more of a highpoint for Linkin Park’s new sound and hearing the live version lovingly brings out the guitar that went unnoticed on the studio version. Due to Bennington’s death, ‘Nobody Can Save Me’ has had newfound sentimental value conferred upon it, given a whole new meaning thanks to the line “But nobody can save me now”. It’s almost as if preventing Bennington from committing suicide was all-together futile. The goosebumps form up and down the listener’s body once again thanks to this associated despondency. Unfortunately, not all the One More Light cuts redeem themselves.

‘Invisible’ is still as much of a pretentious throwaway as it was back in June. Mike Shinoda’s vocals are the most uninspiring as they’ve ever been here. ‘Sharp Edges’ is just as insulting despite the live version being fully acoustic – the lyrical context and the upbeat mood feel incompatible with one another – and whilst ‘Heavy’ is a grenade of overemotional pop drivel, hearing the crowd sing along with Bennington dissuades the listener from pressing pause button so swiftly.

With the archetypal Linkin Park singles, it’s simply business as usual apart from a couple of aural twists. For example, ‘Crawling’ delineates from the nu-metal distortion and is instead sung by Bennington as a heart-rendering ballad that refreshes the song’s delectability. ‘New Divide’ is Linkin Park’s powerhouse moment on this live album, but singles ‘Numb’, ‘In The End’ and ‘Bleed It Out’ remain undeniable staples. But where is ‘One Step Closer’?

Either way, One More Light Live is a worthy purchase for any Linkin Park fan and despite the studio album it promotes, Bennington’s passing does loom significantly in the listener’s mind when hearing this material. In other words, a new perspective unravels that the studio album failed to indicate when Bennington was alive. In addition, judging from the approval of the crowd in every song, it seems Linkin Park’s popularity is left unhindered for the time being. (7/10) (Harry Beynon)

Listen to One More Light Live here via Spotify, and tell us what you think below!