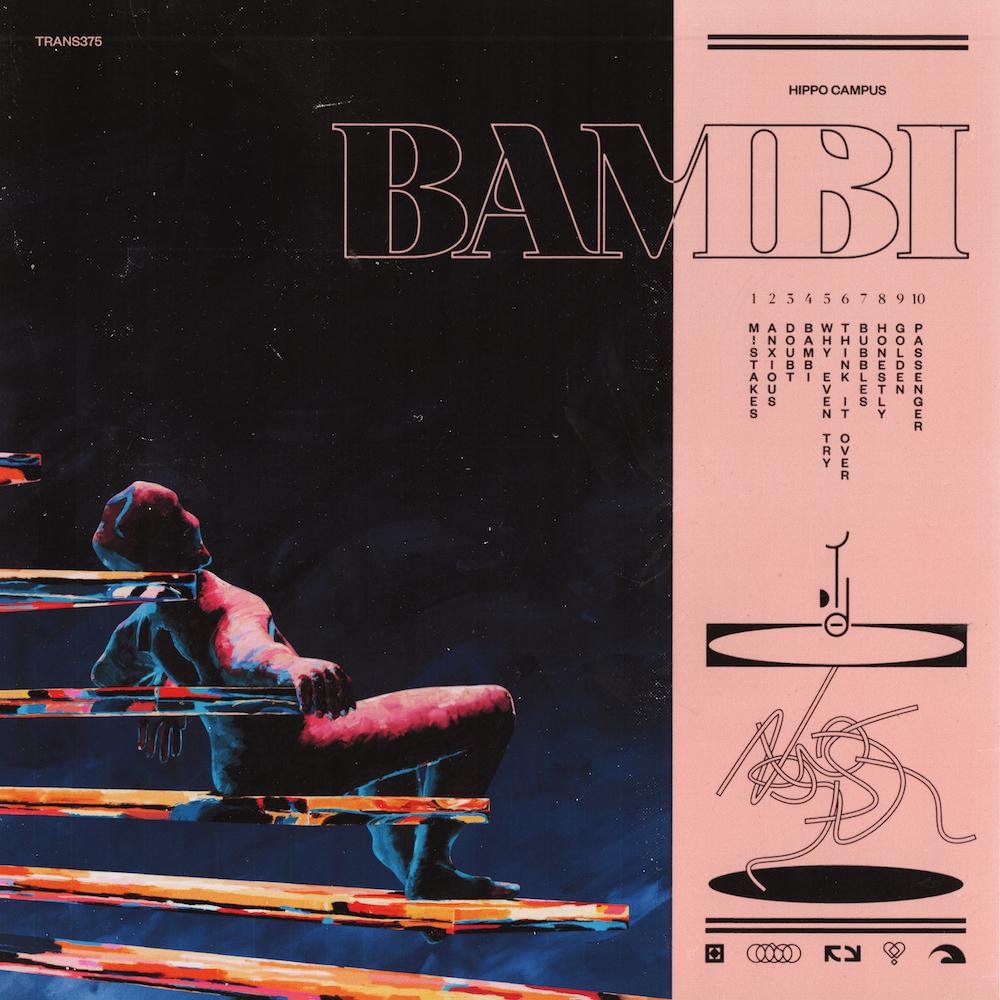 Dabbling further in electronics and with the rougher, more lo-fi end of indie, Hippo Campus waste no time in delivering a follow-up to last year’s debut album.

Hippo Campus’ debut album, landmark, appeared in early 2017 and allowed the band to become the next big name on the indie rock scene. While it has been universally agreed upon that the second album is not an easy one, Hippo Campus showed that they’re not at all afraid of it. Bambi, their sophomore effort proves that the band still possesses the spark that made their early releases and their first full-length record so successful and kindly received.

Sonically, the Minneapolis quintet builds on what they have already been really good at – sweet sounding melodies and crisp arrangements that complement the perfectionist harmonies on each song. While Bambi is incredibly satisfying sound-wise, the album’s lyrical content was often inspired by the cultural shifts of the past couple of years, including the #MeToo movement and other socio-political issues, such as the society’s obsession with toxic masculinity.

‘Bambi’, a song written entirely by the band’s frontman, Jake Luppen, talks about the struggles related to mental health and how those affect our relationships with other people. Luppen is explicit and emotional, sharing a first-person perspective on those moments when “the timing’s poor I know it’s never right / it’s hard to see this time of night / hard to know the reasons why I fucked it up again” adding that “I feel like my friends are being put through this hell I’m feeling / I think that I’m living, if you could call it living.”

The problem of social anxiety also finds its place on Bambi, on the track ‘Anxious’. The song’s bridge instantly evokes the feeling of an internal scream, so well represented by Luppen’s harmonised and tense vocals, put on the emotive words: “Tried screaming but I won’t believe it / I’ll tell them what they want to hear then.”

While their insightful lyrics are what makes Hippo Campus such an interesting band, what really draws people to the band’s music is their airy approach to indie rock, which is almost calming if not sedative (in a good way). On landmark, Hippo Campus delivered a handful of songs like this, such as ‘monsoon’ and ‘vacation,’ and while this mesmerising quality is not as present on Bambi, there are a couple of tunes that point to the guys’ continued liking of the more peaceful sounds.

‘Why Even Try’ is good example of Hippo Campus taking is a bit slower, but still not without their flagship dynamism, while ‘Golden’ is yet another stand-out track, full of energy and vibrant guitars, planted on the pacing percussion. ‘Passenger’, the last song on the record, eases the listener out of the album, creating a slightly mystical atmosphere, with its confessional message about love: “the things we lost, the things we left behind / I would wish for the past, when we were pure, suffering intertwined.”

Hippo Campus make it look incredibly easy to record a second album that doesn’t disappoint, making it clear that the hype around them was justified. Bambi retains its predecessor’s spirit, while also perfectly demonstrating the slow and mindful evolution of the band’s sound, such as taking risks with sampling and electronic music influences, and concentrating on the rougher and more erratic side of the spectrum of indie music. All in all, Bambi is an excellent continuation for last year’s landmark and simply a good indie album released by a young and promising band. (7/10) (Alicja Rutkowska)

Listen to Bambi by Hippo Campus here via Spotify, and tell us what you think below!