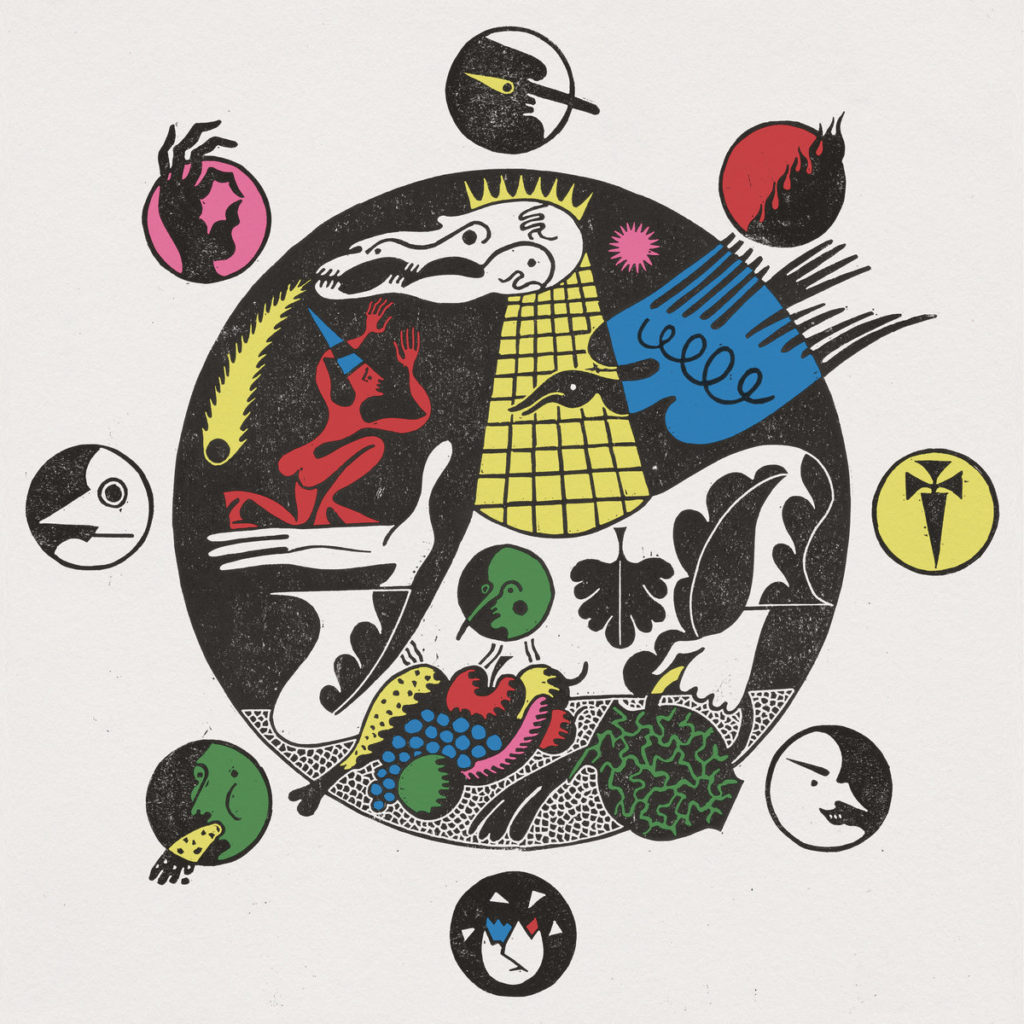 A compelling fusion of stoner rock and doom metal that exponentially ups the power of both genres, Pigsx7’s full-length debut album ‘King Of Cowards’ is a triumph.

Combining the sanctities of stoner rock and doom metal, Newcastle outfit Pigs x7 (their full band name is literally Pigs Pigs Pigs Pigs Pigs Pigs Pigs) and their three-track debut EP Feed The Rats, released last year, clocking in at almost forty minutes, was a sensational record thanks to the eclecticism drawn from artists like Mastodon, Motörhead and Black Sabbath. But what Pigs x7 did most effectively is mould the groove and muffled guitar tones of stoner rock/metal bands like Kyuss and Acid Bath with the repetitive but captivating nature of doom metal bands like Conan and Celtic Frost. In effect, there was a lot going on in the music and the same can be said for their sophomore follow-up King Of Cowards released through Rocket Recordings like their debut.

This time round, the album length is the same give-or-take but the song times are shorter plus the material is as ferocious as before. Furthermore, former Gnod member Chris Morley replaces Ewan Mackenzie on the drums. Starting off with ‘GNT’, Pigs x7 add a flavour of early Wolfmother into the mix for head-banging effect, superseding the eerie guitar noises from the intro. The guitar riffs are thunderously earth-shaking and Matt Baty’s vocals somewhat mirrors those of Jon Davis of Conan.

‘Cake Of Light’ and ‘A66’ are also faster cuts on this album with the former’s main riff emitting a subtle, bluesy feel. ‘A66’ has the longest runtime of nine minutes and is debatably the most exciting thanks to the band members working and coexisting diligently on the final leg of the song. What keeps the listener hooked, however, is John Michael-Hedley’s bassline shifting from note to note to keep it stimulating. ‘Shockmaster’ and ‘Thumbsucker’, in opposition, slow the tempo down, giving Baty the platform essentially to dominate with his bellowing voice.

When writing the lyrics for King Of Cowards, Baty inadvertently, according to him, referenced the seven deadly sins where perhaps each one matches up with a symbol that surrounds the album cover’s main picture. The closing track ‘Gloamer’ with lyrics like “Eat your forbidden fruit / Guilt doesn’t know you now / Think with an open mind / Feel like you’re loved” speaks to the album’s outwardly nihilistic and hedonistic abandonment of God. This further backed up by another quote from Baty where he asks the following question: “For a long time I’ve questioned how and where guilt can be used as a form of oppression. When can guilt be converted into a positive action?”

Listen to King Of Cowards by Pigs x7 here via Spotify, and tell us what you think below!