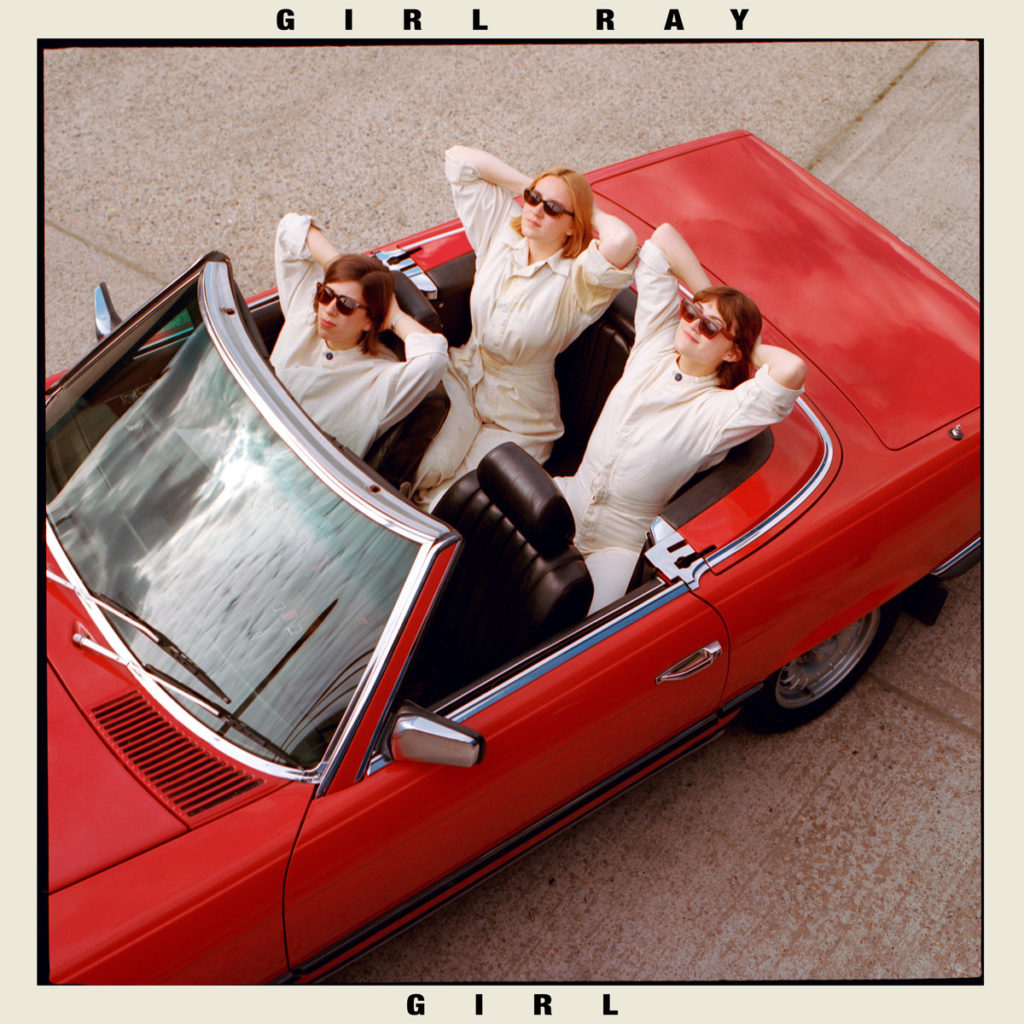 On their second full-length outing Girl, north London trio Girl Ray look to neither confuse nor over-complicate but simply to create music that can slide into your life and play in the background like an upbeat soundtrack. Poppy Hankin, Sophie Moss and Iris McConnell all pitch in their musical abilities to cook up a sound that is quite a walk away from their excellent 2017 debut Earl Grey.

The lines between genres are now more blurred than ever, but somewhere between Earl Grey and Girl those vague confines have been thwarted. Changing your sound is always a brave step but, on most occasions, it seems to suit these three. However, not trying to be negative right away, their Psuwave collaboration ‘Takes Time’ is not one of these occasions. I think the less said about it the better. It is probably is key track to demonstrate the new R&B sway but, ironically, it feels like a forced fit.

Now for the good stuff. Life is no movie, but there are a healthy number of moments on this record that makes it feel like it is. A lot of the music here is the kind that you don’t have to think about to enjoy, which is sometimes the breath of fresh air we all need. It doesn’t take up much of your time or space in your head. Take, for example, its title track ‘Girl’. One of the more notable songs on this album, it is hard to describe in words other than blatant feel-good pop, with real, old-fashioned energy in this track. ‘Show Me More’ captures that sweet torture of love games with a Haim-like essence, with lyrics “Don’t you play those games with me / Don’t you bring those highs then leave / We’ve been back and forth for weeks”. A get-up-and-go attitude takes the stage on ‘Friend Like That’ while ‘Keep It Tight’ is steeped in chorus.

In truth Girl is a summer album; it is just a shame that it’s now winter. Undeniably, this album has some quality songs, but the drive-fast-with-the-windows-down kind. It’s too cold for that now. Although, there are some small crumbs of comfort, amid these sun-kissed beach-hits there are some slower and more soulful narratives like ‘Let It Go’ and ‘Like The Stars’ that might be overlooked and lost within the good vibes. (6/10) (Rebecca Corbett)

Listen to Girl by Girl Ray here via Spotify, and tell us what you think below!