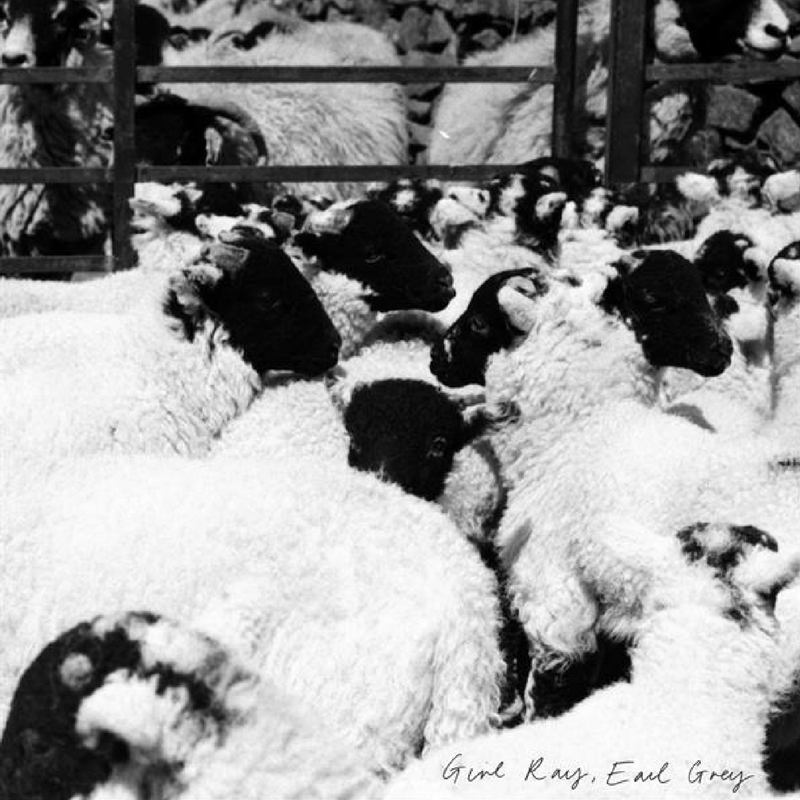 Having come a very long way in a short space of time, Girl Ray’s debut album has been one of the most anticipated debut albums of 2017. The band consists of Poppy Hankin (guitarist), Iris McConnell (drummer) and Sophie Moss (bassist), and formed over a school holiday when the three began writing songs with one another. Eventually, they recorded their first single ‘Ghosty’ during their A-Levels.

On their Facebook page, Girl Ray state right off the bat “We love Pavement, Neutral Milk Hotel, Pixies, Cate Le Bon, Gorky’s Zygotic Mynci, Hefner, and of course ABBA, Bowie, The Beatles, and Beach Boys”, as if to assert, their band identity and influences before it is decided for them. The band’s debut album Earl Grey, both lyrically and aesthetically, reaps a clear-cut Britishness, in fact the title, whether that be a reference to the tea blend, the 19th century Prime Minister, or a spoonerism of their own name, is a dead giveaway. Running over 54 minutes, it is as if the album runs through the beautifully orchestrated imagination of a young girl with a Beatles poster, Doc Martens, and a minimalist Instagram account.

The opening track ‘Just Like That’ is a light, melodic guitar led with a catchy chorus, in which Hankin asks “Don’t you come over?”. For the next few tracks, her vocals are set to a playful, conversational tone, which is occasionally accompanied by easy-going harmonies, creating a laid back, dream-like feel to the record. ‘Monday Tuesday’ begins similarly to its predecessor, but in its final moments a simple trumpet melody, making the track reminiscent of indie-folk band Beirut.

Almost exactly halfway through, Girl Ray places 13-minute title track ‘Earl Grey (Stuck In A Groove)’. Lyrically at this point, the angsty teenage girl is at its rowdiest, with the lyrics “I am so sad (That’s true) / I really am (it’s true, it’s true) / Stuck in the groove” but instrumentally the band is at its most developed, merging multiple guitar melodies and tempos with tambourines, wind chimes, keyboard, and percussion.

Two tracks entitled ‘Stupid Things’ appear on this album. The first ‘Stupid Things’ is a piano led, conversational track centred around unrequited love. ‘Stupid Things (Reprise)’ is opens with the chorus from the previous version of the track but descends into a rattily psychedelic tinged interlude, filled with bells, chimes and deep breathes.

Happily, Earl Grey avoids a cookie-cutter, crystal clear studio perfection and explores what it is that makes Girl Ray tick as a band, fulfilling exactly what is needed for a debut album. (7/10) (Benita Barden)

Listen to Earl Grey here via Spotify, and tell us what you think below!