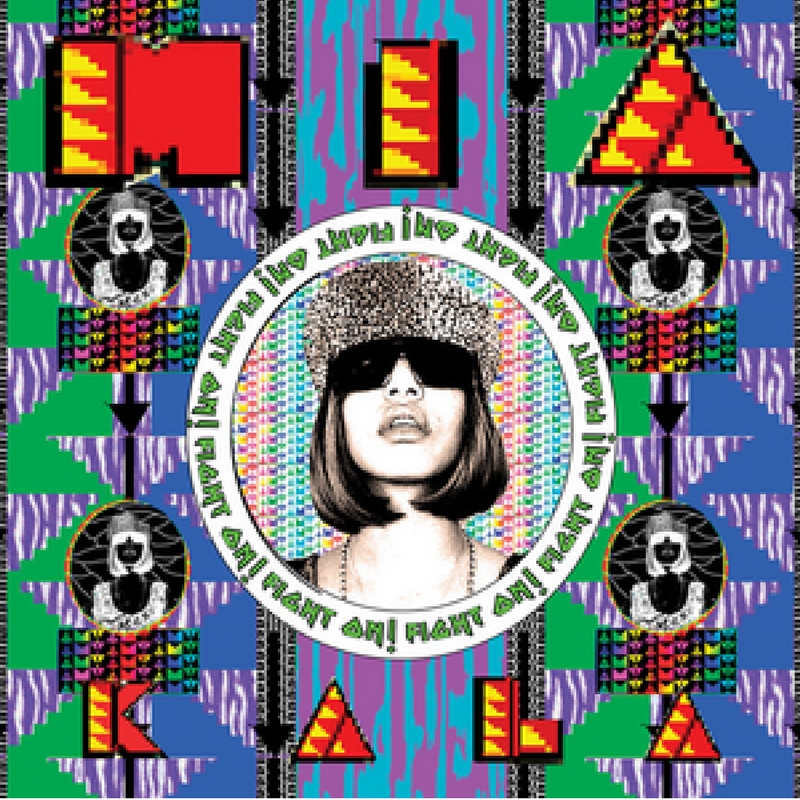 Delivering a significant but little-observed shock to the system back in 2005, Maya Arulpragasam’s debut album Arular, recorded under her nom de plume of M.I.A., dramatically raised the bar for the pop industry. Before, despite a handful of notable exceptions and outliers, a great deal of mainstream pop was cleanly produced and quite sanitised. After, some of the most popular singers were prepared to toy around with provocative imagery and lyrics in a way that simply wouldn’t have been conceivable without M.I.A.’s vibrant globe-spanning soundclashes and sonic invention, not to mention her occasionally clumsy but always thrilling political energy. But while Arular laid out those lessons and was widely lauded to the heavens by the critical fraternity, it took the commercial success of its follow-up album Kala to actually ram those lessons home for the industry at large to pay attention and replicate them in the mainstream. Where Arular was the cult phenomenon, Kala was the smash hit.

As denoted by the riot of colour on its front-cover, Kala would be another sound-mashing masterpiece in the same vein as its predecessor – this time, it was named for her mother, whereas her debut had been named after her Tamil activist father. But it was not a pale repetition and neither was it a doubling-down on its principles: instead, Kala cleverly magnified and expanded on some of the aspects of Arular, particularly the pop-friendly elements, without betraying its respectfully irreverent approach to different world sounds. While a few major names such as Blaqstarr and Timbaland help with production of individual tracks, the majority of Kala is produced by British ‘dirty house’ artist Switch, as opposed to the galaxy of names that produced Arular by committee.

The result was an album of constant, ecstatic motion and continent-straddling pop, and the difference in quality between it and Arular was the size of the proverbial cigarette paper. From the insistent, throbbing opener ‘Bamboo Banga’ to the start of fifth track, Kala represented one of the best opening sequences of any album in the 2000s. Weaving in lyrics from Jonathan Richman’s indie driving classic ‘Roadrunner’ among a general theme of power and fire, ‘Bamboo Banga’ sets a general tone and demeanour for Kala – an intoxicating cocktails of diverse influences refracted through a populist prism.

The clattering rhythm of ‘Bird Flu’, a totally disorientating experience of animal noises and a whirlwind of drums, follows it out of the traps. Tapping the folk sounds of urumee melam and gaana music, a Tamil folk music she remembered from her childhood, M.I.A. used live drummers from temples in Chennai to make a totally authentic yet new sound, particularly for something nominally aimed at the Western pop mainstream. The West Indian soca/Tamil gaana worldbeat vibe of ‘Boyz’, Kala’s first proper single, pulled a similar trick. Arulpragasam’s lyrics simultaneously mocking and praising the characteristics of guys (“how many boys are crazy / how many start a war?”). The glorious Bollywood disco of the rapturous single ‘Jimmy’ round out a lethal knock-out combo to open the album.

From this point, the breathless pace unsurprisingly, and perhaps necessarily, slows down, but it’s a chance for M.I.A. to showcase some of her collaborators. ‘Hussel’s collapsing drum rhythm features Nigerian rapper Afrikan Boy, while the minimalist ‘Mango Pickle Down River’ stars an Aboriginal child choir in The Wilcannia Mob. The incredibly bleak ’20 Dollar’, a much darker follow-up from Arular’s ’10 Dollar’ whose title denotes the average price of an AK-47 in Africa, interpolates the bassline of New Order’s ‘Blue Monday’ and lyrics from Pixies’ ‘Where Is My Mind???’.

The taut, noisy baile-funk of ‘World Town’ briefly picks up the pace before Kala takes a turn for the downcast and introspective on ‘The Turn’. ‘XR2’, full of reminiscences of clubbing experiences and marked with a swarm of trumpets, snaps things back into focus before the stunning coup de grace of ‘Paper Planes’. Its prominent sample of The Clash’s ‘Straight To Hell’ gives the atmosphere a tinge of melancholy, but the entire vibe is that of some samizdat, illicit bootleg accidentally gone viral, its playfully crude cut-and-pasting of gunshot and cash-register samples giving the insurrectionary lyrics a slight tongue-in-cheek feel, even with sweetly sung lyrics like “some, some, some I murder / some, some I let go”. Quite simply, it’s one of the very greatest singles of the noughties.

Timbaland’s production spot on ‘Come Around’ follows to close out the record, a slinky and friendly piece of R&B, but virtually anything coming after ‘Paper Planes’ is frankly going to feel rather muted. As ever, M.I.A.’s lyrics are more interesting for what they apparently suggest rather than what they explicitly (and often clumsily) say. Switch’s bright production is very occasionally garish and, on ’20 Dollar’ and ‘World Town’, bordering on headachy, but these are at least all in the service of making Kala an experience of bewildering sensory overload, reflecting the teeming world cities that gave the record its inspiration, which is the desired effect.

Initially, Kala performed below the expectations that XL and, particularly, American major Interscope had for it. However, the appearance of the joyfully insurrectionary ‘Paper Planes’ on the soundtrack to Danny Boyle’s Oscar-winning Slumdog Millionaire the following year gave a huge boost to the album’s profile and that of M.I.A., particularly when she performed the song at the 2009 Grammys while heavily pregnant with her first child.

For a short time, Arulpragasam was regarded as a serious commercial contender as well as the critics’ darling. However, her ill-fated and frankly flat third album Maya, eventually released in July 2010, was a serious disappointment in both chart and artistic terms and seemed to stop her progression in its tracks. 2013’s Matangi and 2016’s A.I.M. were slight improvements, but came absolutely nowhere near the glory of her first two records. Kala, as a vision for what pop could sound like in the future, still stands as a challenging gauntlet to all other pop stars a decade later.

Listen to Kala here via Spotify, and tell us what you think below!